How Flex Wheeler Trains While Suffering from Life-Long Kidney Disease

From Teen Mr. America to fighting kidney disease and leg amputation, find out more about body builder, Flex Wheeler, and how he trains. 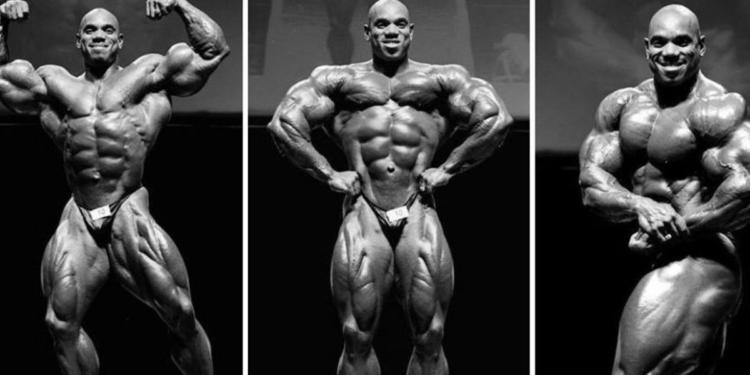 Flex Wheeler’s natural development, on the other hand, convinced him to practice bodybuilding. Despite this, he has said that he is “first and foremost a martial artist, second a bodybuilder.” It also explains his exceptional versatility for a man of his stature.

He participated in several AAU contests, including a medium-tall class victory at the 1985 Teen Mr. America and a heavyweight win at the 1985 Governor’s Cup; he then shifted to the NPC. In the 1990s, he was the king of several competitions, beating all of his opponents. He’s won the Arnold Classic four times, and even Arnold himself has said that he’s one of the best bodybuilders the world has ever seen.

The professional career of this legend is inspiring and motivating. As Flex loves bodybuilding, he started working with a sports and nutrition corporation as the Director of Media and Public Relations. He also handles the company’s endorsed athletes and advertisers.

Despite his performance, Flex Wheeler’s path to the top was arduous. He grew up in an era when poverty and deprivation were rampant across the country. His family was not an exception, and his family’s unfortunate social stance disheartened him.

Flex was diagnosed with dyslexia when he was in school, and as a result, Flex had to deal with the bullying of his peers, to the point that he suffered depression and had suicidal thoughts. When his circumstances led him to martial arts, it was the defining moment. From this point, he skyrocketed in the world of bodybuilding.

Flex’s success, however, did not end his struggles in life, and he still had to tackle several challenging and painful situations. He experienced a tragic car crash in 1994 that could have left him paralyzed for the rest of his life. However, months of recovery enabled him to return to the podium and smash his opponents once more. He started over from the beginning, rising to the pinnacle of the sport with incredible pace.

Even the star Ronnie Coleman admired him and regarded him as his best competitor. Even after the car crash, Flex Wheeler’s career was no longer at its peak. He suffered from extreme depression after being diagnosed with chronic kidney disease. He gradually lost muscle mass, his sponsors abandoned him, and that wasn’t all.

Flex Wheeler is now in his fifties and still fighting his disease. In 2019, he had an emergency surgery that resulted in a partial amputation of his leg. Flex also records his recovery on Instagram, where Flex posted a video of himself doing a leg press with a partial leg prosthesis and gradually returning to bodybuilding.

Moreover, Flex is the founder of his own luxury fitness shoe company. Flex Wheeler’s life is a prime example of how powerful a true warrior’s heart could be. Rumors circulated that his use of steroids was to blame for his kidney failure, but Flex said it was genetic. Some experts say his use of steroids worsened his condition even more.

Flex used a lot of hypertrophy and weight training with low reps, as do most heavy-set bodybuilders. He’d do split routines, German volume practice, and excessive overload during his workouts. Flex’s diet may have changed significantly over the years due to the additional burden of his kidney transplant and return to martial arts. However, his diet consists of lean proteins, healthy fats, complex carbohydrates, and the occasional cheat meal.

Whom Flex Wheeler Admires the Most?

Flex admires Jet Lee, Jackie Chan, and several other martial artists. Their talent in the sport inspires them to practice and work harder each year. His inspiration comes from the inside as well. His desire to keep going forward and improve his life derives from early adolescence and some personal experiences.

Flex’s life is a story about beating challenges and stay strong during challenging situations. Flex has also shown that he is a life warrior and survivor. He shares his personal from his abusive and impoverished upbringing to his two-decade journey through the challenging sport of bodybuilding. We can learn a lot from Flex’s life and challenges.

He overcame abuse, depression, car wrecks, robberies, and kidney failure while remaining strong and competing in his first passion, martial arts. If we could somehow take one thing away from this story, his dedication to concentrate on the one aspect motivated him and pushed him to become one of the most famous bodybuilders of all time.

How To Plan For Vacations After Covid-19 Restrictions Are Over