Copy This Florian Munteanu’s Fitness Routine for Mass and Strength

If you've watched Creed II and wondered how Florian Munteanu got his amazing physique, read on to find out more about his fitness routine and diet. 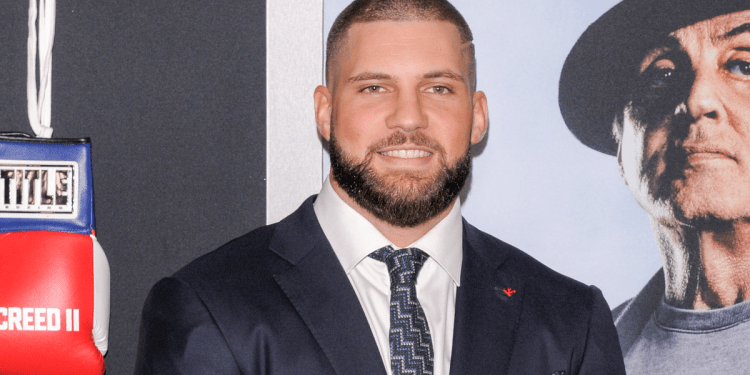 Florian Munteanu is used to putting in long hours as a professional athlete and fitness model. However, planning to play Ivan Drago’s son in Creed II faced new difficulties. Florian Munteanu’s trainer and friend, Sandro Wolfinger, put him on a rigorous program to prepare for his position as Viktor Drago. Five exercise workouts a week were combined with three or four cardio/sport-specific sessions.

The internet, as they claim, broke when the first Creed II trailer fell in early summer. Michael B. Jordan, reprising his role as Adonis Johnson from Creed, is seen preparing for a battle while having emotional exchanges with the people in his life, including his wife, mother, and Rocky Balboa, his mentor. The tension builds as Kendrick Lamar’s “DNA” pulses over a brief training montage, but it’s unclear what’s at stake. And there’s the payoff: A boxer enters the ring with his face hidden behind a mask. Drago is the name on his warmup jacket, which he turns to reveal to the public.

Wolfinger shared the details of Florian Munteanu’s fitness routine for mass and strength. “We aim to make the aerobic exercises as diverse as possible,” says Wolfinger. “Obviously, we needed to devote more time to the boxing drills as well as the choreography for the film scenes. We also did a lot of high-intensity interval exercise, cycling, indoor running, and sprinting.”

It was also necessary to understand the mental aspect. “The psychological aspect was much more important than the type of split or the type of sports training,” Wolfinger says. “I’ve known him for over ten years. In every workout, I know how to drive him to his absolute limit.”’

Wolfinger’s diet focused on changing carbohydrates while maintaining a high protein intake. “We gained muscle weight in the first weeks by eating more carbohydrates like mashed potatoes, pasta, and oatmeal,” Wolfinger states. “We cut carbohydrates for the last five weeks before the shoot to slim down.” Wolfinger was just there to prevent his friend from succumbing to fleeting temptations when it came to diet. He says, “To be honest, it’s very easy to shine as his personal coach because he has incredible genetics and is really adaptable.” “Being his nutritionist is more difficult because of his pizza addiction. But, as you can see from his body, we also nailed that.”

The workout that follows is the kind of demanding and very hard to follow. Wolfinger chose total-body workout for Florian Munteanu and he used it to prepare for Creed II. If you want to give it a shot, begin with a dynamic warmup and then perform the moves mentioned below. Be sure to conduct the boxing drills at maximum pace. Oh, and expect to sweat profusely.

Barbell back squat – 4 sets and 10 replications

3 Tips on How To Stay Fit This Winter

A Healthy Take on the Traditional Mexican Dish Sopes