Why Do Some Women Only Like Guys With Long Hair? 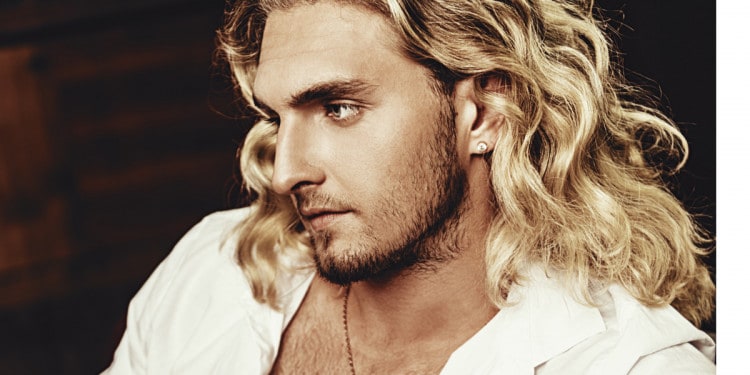 Many woman see guys with longer hair as kind of badass. The attraction has always been an intriguing and fascinating phenomenon. Beauty is in the eye of the beholder and very rarely do people agree on what make someone attractive or not.

People factor in many things both consciously and subconsciously when they deem someone attractive. However, one thing is for certain, we have to strike the right chord in the other person for him/her to find us attractive. And the right hairstyle is a great way to get you noticed!

Now, hairstyles come in a variety of styles and looks. It’s almost impossible to keep track of what’s new and what’s not. But for men, if there’s one hairdo that makes you stand out it is – long hair!

That’s right! There’s just something about guys with longer hair that the ladies love! Some say it’s the confidence; others say it’s the appearance, etc. Well, we’re here to tell you it’s both of those things and more!

Compared to shorter hairstyles, guys with longer hair can appeal to women on several levels. The longer hairstyle says a lot about a man’s style and personality. Let’s look at how women see and perceive guys who are not afraid to show off their glorious manes!

First thing’s first! Women love the way it looks. The longer hair is just something that appeals to women even from a distance. Call it cultural or primal; it’s there! It may be because women are so used to seeing men with crop cuts and buzz cuts. The male pompadour another popular, but slightly less common short haircut. Almost every guy has one of those cuts, and to be honest, it can by visually monotonous. In a sea of short haircuts, guys with longer hair look better and bolder.

The longer hair on men also reminds women of charismatic rock stars or leading men in fantasy movies. Think Axel Rose blazing on the stage or Hugh Jackman in Van Helsing. Others like Jon Bon Jovi.

Tom Cruise in Mission Impossible proves that it’s not just sexy but super cool! However, it’s not just that celebrities make longer hair look cool. It is more nuanced as to why women are attracted to guys with longer hair.

2. Guys With Longer Hair Are Confident but Not Cocky

Guys with longer hair can ooze confidence and not even know it. That may sound crazy, but it’s simply true. When a guy can rock long hair, it shows that he’s not afraid to make a choice and stick to it. To women, nothing gets sexier than that!

The confidence stands out even more because most men are scared to take the plunge, even if they want to. Everywhere you go, you’ll see men with usual ‘safe’ haircuts that really doesn’t say a lot about their personality. After a while, these ‘safe’ haircuts can become predictable and a bit boring.

There are a lot of guys who want to try growing out their hair but don’t feel ready. This is because it doesn’t come easy. Not every guy can rock long hair or has the confidence to carry out a bold, public style change.

Also, it takes extraordinary confidence to be yourself and to be openly proud of your choices. Guys with longer hair show that they’re not apprehensive of people’s opinions.

These are the kind of guys that make things happen. Women are attracted to assertiveness and individuality. If confidence is something you struggle with, retrain your brain and read our article “4 Ways to Train Your Brain for Confidence.”

3. His Commitment is on Display

Guys with longer hair unconsciously show that they’re willing to commit to making something happen. How awesome is that! Growing out you hair does not happen in a day or two, and it’s not easy taking care of long hair.

These are commitments that take a lot of time and energy. It means you have to modify your daily schedule just to wash and maintain your hair. That kind of commitment is not easy. Especially for men, who may be accused of being effeminate, it takes responsibility and confidence to adhere to this look.

4. Guys with Longer Hair Are Not Afraid to Be Different

Guys with longer hair appeal to many women because they know they are not afraid to stand-out. As mentioned earlier, buzz cuts and crop styles are a dime a dozen.

There’s no shortage of short hairstyles, and honestly, you get tired of seeing it everywhere. For some women, it may feel like the only men with long hair are rock stars and celebrities in a movie.

These women know that these ‘characters’ are the stuff of entertainment and fantasies. But when you have a real, down-to-earth guy with long hair, it’s a different story. It means she can have a guy that looks the part, as well as a personality that’s real and endearing.

These qualities are a combination that would impress any woman. It shows he’s different, but in the right way.

When it comes to guys with longer hair, these are just some of the many qualities that make you more attractive. Also, longer hair can give women another reason to relate because both parties will know what it’s like to have long hair. There are endless hours of discussion waiting to happen in that point alone!

How to Change Your Lifestyle to Be Healthy

Why Do Some Women Only Like Guys With Long Hair?