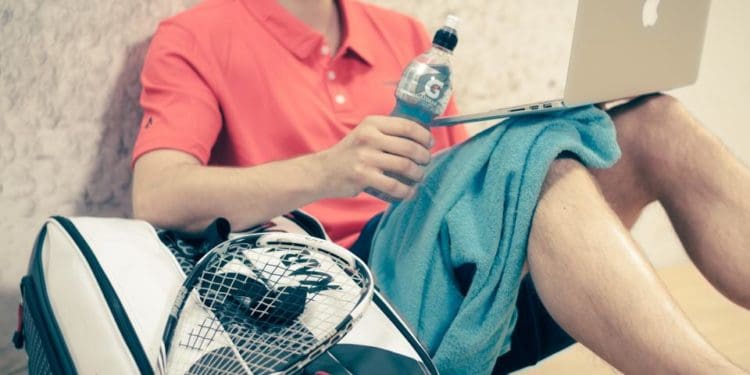 One of the most addictive feelings that keep us coming back to our favorite sports is when we notice ourselves improving.

In both victory and defeat, this feeling makes us feel pride. It helps us believe in future success. It keeps us from tiring of performing the same motion over and over.

In fact, if you don’t practice correctly it won’t come at all. Instead, you’ll be destined to remain an also-ran who can’t ever compete with the best players in your area.

Here, we outline five behaviors that help talented athletes progress into the world’s best. If you can mirror these actions, you’ll be able to continue improving in any sport.

Once you and your sporting opponents reach a certain competency, it’s no longer solely about physical prowess. At this point, tactics and strategy play a prominent role.

What are your opponents doing to defeat you? What are the weaknesses you can exploit? At a certain level, the answer to these questions can be as important as any natural skill.

If you can gain a deep understanding of your sport’s strategies, or employ a coach who already has this, you can take your game to the next level.

2. Practice for a short amount every day

Many studies suggest that practicing a skill for 20 minutes a day is more effective than completing the same practice for 140 minutes once a week.

The main theories behind this hypothesis is that we’re more likely to forget the improvements we’d learned if there is a large time period between practice sessions. There is also evidence that motor skill improvements are retained during our sleep, and that taking advantage of every night’s sleep you get is advantageous.

What’s more, it’s suggested that practicing while fatigued and unfocused is actually counter-productive, as the risk of ingraining bad habits into your mind and body is increased.

The type of practice we put in makes a huge difference to the overall result of it.

Most amateurs turn up to practice without a specific goal in mind, just doing whatever they enjoy without too much thought about their technique.

It’s instead encouraged to engage in ‘purposeful practice’. This involves understanding what aspect of your game needs to be strengthened and how to improve it. Once this has been identified, you should focus on this and only this.

Purposeful practice is insanely repetitive. It could involve performing the same type of serve or making the same jump shot over and over. The goal is to practice until your body can deploy the correct technique automatically. It’s rarely fun, but it’s incredibly effective.

Ideally, you will film yourself or employ a coach to ensure you’re doing it correctly.

Fitness appears to be of far greater importance in some sports than others. However, the truth is it plays a role in any pursuit which involves concentration for long periods.

Concentration is the first sensation to fade when we’re fatigued. It’s why all professional athletes, even golf, table tennis and cricket players, aim to reach peak fitness. Those who are serious about improving to their full potential will do the same.

After all, when fitter than your opponent, you’re in a much better position to score that last-minute goal, serve out the final set or even win the final frame of snooker.

At the highest level where every competitor is well-practiced and at their physical peak, it often comes down to who wants to win more.

It’s these individuals who can find the inner strength to ignore their fatigue and push past their limits to a physical level their opponent can’t match.

The greatest boxers find a way to win even when they’re on the ropes. The best football teams refuse to admit they’re beaten and consistently come from behind to win. The most talented marathon runners know how to find another gear in the home stretch. This is about mental strength as much as talent.

To gain that mental toughness, focus on why you want to win so badly. It’s amazing what feats the body can perform if the mind wants it enough.

5 Ways to Improve your Abs