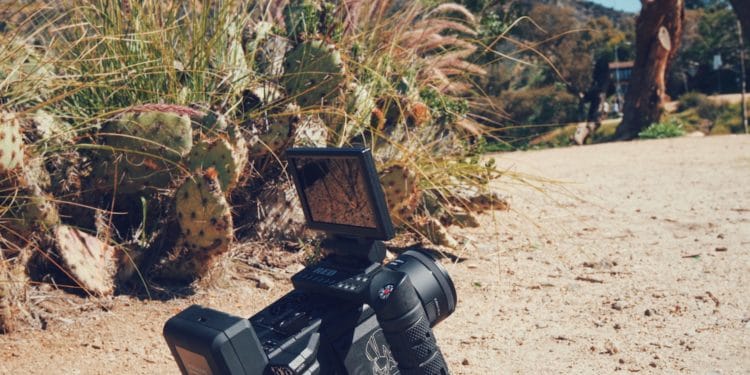 People are going to movies more than ever. The numbers don’t lie. There has been a 10 percent rise in the box office over the first six months of 2018. The market report also shows a massive 23 percent increase in revenue in the second quarter of 2018 compared to last year at this time. In 2018, the big budget movies such as “Avengers: Infinity” and “Jurassic World: Fallen Kingdom” are dominating the circuit. Blockbuster directors like Steven Spielberg have produced hit movies with “Ready Player One”. Hollywood appears very healthy. But that still doesn’t hide the fact that indie filmmaking continues to drive the marketplace.

The smaller budget films continue to be the most profitable and sought-after products in the film world. The indie industry has pushed the large production companies to spend more to keep up with the quality of films. In the last three years, the Academy Awards have recognized many of those smaller budget films with Best Picture noms. Indie filmmaking is thriving in a world of heavy hitters and here are the reasons why it has succeeded.

The rise of YouTube and Vimeo have given indie filmmaking a new life and another pivotal tool in conquering the Hollywood system. In the last few years, YouTube has expanded its creative content and included original shows and short films with the addition of YouTube Red and YouTube TV. Vimeo, on the other hand, has consistently been the trusted outlet for indie filmmakers to show their work.

It took years for distribution companies and talent agencies to take notice but the online medium has finally gotten respect. More and more filmmakers are going to those two sites to showcase their works and many of those films have been picked up.

“Back then, you really had to come to Sundance to be discovered, but that’s not the case anymore,” veteran studio executive Joe Pichirallo told The Wrap. “You can get discovered without an agent by creating content that is distinct and original and by being smart to build an audience that is receptive to your content. I actually am here to say the indie film is alive and well, and I am not one of those people that are talking about the gloom and doom of independent film — it’s actually thriving.”

Since 2016, YouTube has distributed more than 20 indie feature films and have released around 30-plus original TV show, including the hit reboot of The Karate Kid franchise called “Cobra Kai”.

For decades, the dream of the film festival circuit was to give the up-and-coming filmmaker a chance to flex its creative prowess. The bigger festivals like Sundance, Cannes, and Tribeca are the holy grail. Today, however, there many smaller festivals that are giving indie filmmakers hope.

Streaming giants Netflix and Amazon are swarming the festival circuit like vultures, buying up film distribution rights like they are going out of style. The majority of the films at these festivals are low budget, indie projects that typically would have fallen through the cracks in the past. Amazon and Netflix changed that.

“The idea that the streaming services can be our new arthouse circuit is just nothing short of lifesaving for these artists storytellers,” Bull’s Eye Entertainment founder Tom Nunan told Wired Magazine.

Netflix and Amazon scour all festivals to find content. The companies have spent millions on untested filmmakers. In 2016, at the South by Southwest film festival, Amazon gave 40 films $100,000 each to go towards the marketing of the film and streamed each of those films on their platform. It also bought “Manchester by the Sea” and “Lady Bird” during this process. Netflix bought 11 films at the Sundance Film Festival in 2016, including Oscar-nominated “Mudbound”.

“Amazon and Netflix have completely changed the sales landscape because those companies have, to some degree,” United Talent Agency agent Bec Smith told The Wrap, “a broad audience that they can tap into, whereas something that used to be coming to a festival and a theatrical release being the only desirable outcome. It’s more complicated, but it’s exciting as an artist where you get multiple offers; and what’s more important, it’s very dynamic sales environment.”

John Penotti nearly lost it all about 10 years ago. The New Jersey-based producer had a series of indie features go to the waste side following the financial crisis of 2008. That’s when Penotti turned to the Asian market. Fast forward to 2018. Penotti’s indie production company Ivanhoe Pictures is thriving and challenging the Hollywood structure. That’s because Ivanhoe Picture’s “Crazy Rich Asians” has emerged as the surprise indie romantic-comedy hit of the summer. It could topple the $200 million in the box office. The movie’s budget was roughly $30 million.

“My experience in Asia before I started this was limited to being a Wong Kar-wai fan,” Penotti told The Washington Post. “It took two years of immersion, of traveling there for months at a time, before I even began to feel comfortable. My wife began asking if I had another family there.”

“The studios seem to be doing it wrong, trying to either impose their way on local cultures or make these big tentpoles that not enough people wanted,” Penotti told The Washington Post. “They were trying to re-create an American model verbatim on another continent.”

Penotti’s workload has grown exponentially since the release of “Crazy Rich Asians”.Ivanhoe Pictures has a slew of indie movies in the works. There’s one that will be about the Thai cave rescue.

“The number of calls to us the last few weeks alone has been remarkable,” Penotti told The Washington Post. “My Spidey sense is there’s a lot more coming here. I don’t think this is a flash in the pan.”

Surprising Tips to Keep Your Kid Physically and Mentally Fit