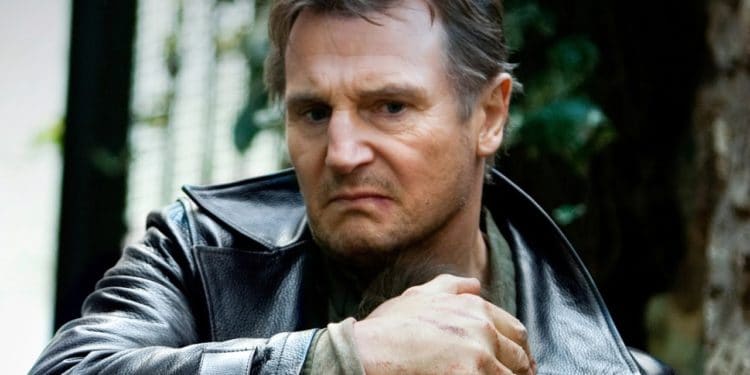 Liam Neeson, who has been wowing audiences for years with his "particular set of skills," announced recently that his crime-fighting days are over, and he plans to retire from the world of action films for good.

The Taken star announced at the Toronto Film Festival but admitted that it wasn’t easy to simply walk away from some of the lucrative contracts that have been thrown his way. "They’re still throwing serious money at me to do that stuff," the film star told an interviewer during the festival. "I’m like, ‘Guy’s I’m sixty-f–king-five.’ Audiences are eventually going to go, ‘Come on.’"

For those who are particularly let down by the sudden news of this retirement, fear not, for Neeson still has two more movies in the works that went into production before the decision was made. "I’ve shot one that’s going to come out in January sometime. There might be another. That’s it," Neeson said "But not ‘Taken,’ none of that franchise stuff."

The movies still planned are Hard Powder, in which Neeson plays the role of a snow plow driver out to avenge the murder of his son, and The Commuter, which sees Neeson as a businessman who has somehow been caught up in a criminal conspiracy while on his way home from work.

With nearly a dozen action films under his belt, however, it is still a bit sad to see him leave such a spectacular action career behind. Instead, Neeson said that he hopes to focus more on dramatic roles, such as the one he portrays in Mark Felt: The Man Who Brought Down The White House, which premiers this week at the Toronto Film Festival and sees our hero takes on the role of the infamous Deep Throat, the Washington Post’s inside man to the Watergate scandal of the 1970’s which brought down the Nixon administration. He’s also set to co-star in Widows, a film by Twelve Years a Slave director Steve McQueen about four Chicago women brought together by their deceased husband’s criminal pasts.

The move into becoming an action star is one that always seems to have surprised Neeson, who told reporters "the thrillers, that was all a pure accident" and was certain that the original Taken movie would go straight to video. Much to his surprise, however, the movie spun off into a three-film franchise that garnered just short of a billion dollars in worldwide sales. This success subsequently landed him roles in The A-Team, A Walk Among the Tombstones, and Battleship, among other places, and landed him a spot in the hearts of people everywhere as the tough-talking hero out to save the world from evil wherever it may lurk.

It would have been like suggesting that Daniel Day-Lewis was going to devote his life to gross-out comedy, or that Mark Rylance should sign up as the lead of a vampire gangster franchise called Bloodburst Hookers Extreme," but that’s just what he did, and one thing is certain, Mr. Neeson will certainly be missed by action fans everywhere, but we can all take heart that there will be at least two more thrillers with him in it, and hopefully plenty more dramas where we can watch one of our favorite stars grace the silver screen for years to come, albeit with less face-punching than we might have hoped for.

So, join us as we say goodbye to an action legend, and take a walk down memory lane as we show you some of Neeson’s all-time greatest scenes from the Taken trilogy, the one that rocketed him to action fame and forever made us afraid to let the women in our lives travel unattended to any part of Europe, lest we need to call upon that "particular set of skills" buried deep down within all of us.

14 Surprising Benefits of Yoga for Men