It's not all gasoline, madness, and death with the Road Warrior 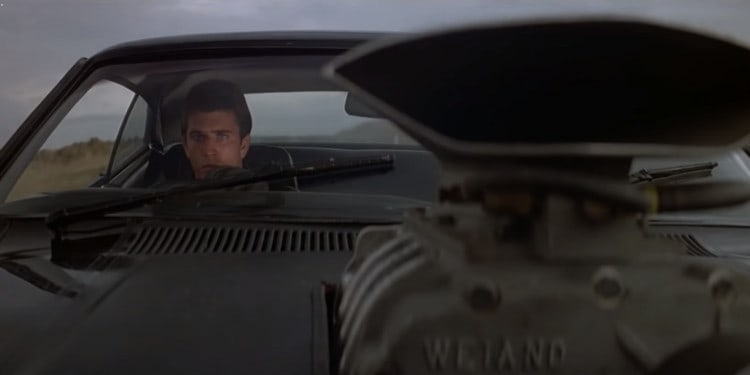 The “Mad Max” films are commonly seen as movies with a threadbare plot that serves as a reason for conflict, violence, and the chance to wear surprising amounts of punk leather. But contrary to this popular belief, George Miller and the people behind most of the “Mad Max” films had such an amazing attention to detail that they’ve elevated the “Mad Max” films to modern aesops that make them stand out from other post-apocalyptic films.

The road warrior’s mythology has lessons both grim and lighthearted for any attentive viewer of the series much like those of other movies we’ve covered in the past. Below are some of the more enlightening lessons you can learn from Max’s journey.

Rather than the simple and violent programming they’re usually seen as, each “Mad Max” film is just like its characters – a wellspring of storytelling both said and unspoken. As an example, Lord Humungus looks like a brute, sounds like a brute, and is surrounded by a gaggle of psychotic punks frothing at the mouth to wipe out the settlers occupying the oil refinery compound, but he is not as barbaric as he looks.

Lord Humungus quotes Goethe, is eloquent, gives people a chance to surrender, and could have had a colorful life prior to the apocalypse. All these details are shown within the first few minutes after he addresses the settlers of the oil refinery in “The Road Warrior.”

Even the worst of Humungus’ brutes are not simple enforcers, but individuals who have simply clung to him and his violent philosophy to survive the wasteland. While not necessarily worthy of forgiveness, in the world of “Mad Max,” even the psychotically violent have their reasons to be outwardly violent.

Everyone relies on a little bit of luck

The wasteland setting of the “Mad Max” films is hardly the place where everything goes according to plan. Life is sparse and the means of survival are all barely available, forcing any survivor to expend so much energy for so little gain. In “Mad Max’s” world, it’s not just the strong who survive, but also the lucky, and luck seems to be a bigger factor than pure skill and intelligence.

This reliance on luck is best exemplified by the franchise’s take on action and violence. Max doesn’t survive because he’s stronger than his opponents or has an amazing plan to defeat them. Max survives because when he gets lucky, he knows how to stand back up from the hit. His allies and enemies who perish are those who have either lost hope or have overestimated their capabilities, thus not being able to adapt to a new situation.

One of the striking things you may notice about the different “Mad Max” films is how visually distinct each of them is from each other. The wastelands of each “Mad Max” film visually move from visible civilization and shrubbery to the dry wastelands of “Fury Road.” While these changes were usually due to production challenges and limitations, it also told a story about the inevitable harshness that was to come due to the world’s end.

This change of environment mirrors the core experience of the characters in the “Mad Max” films. The way Max is thrown into new situations that force him to cooperate with people he would rather avoid is the driving development of his character. For “Mad Max,” there is no stagnation; those who refuse to change will only encounter failure and inevitable death.

The original “Mad Max” film ended with the titular hero on a roaring rampage to avenge the deaths of his family and partner. With the world coming to an end, it seems that there could never be any release for Max’s rage even after killing those responsible for his loss.

But throughout the next installments, we’re shown that Max actually finds himself in situations to help other people, and so far, he has never backed down. While Max never truly settles down to rebuild with other survivors by the end of each film, there is a sense that with each helpful choice he takes, he continues to spark a fire of humanity within himself once again, which also inspires future generations.