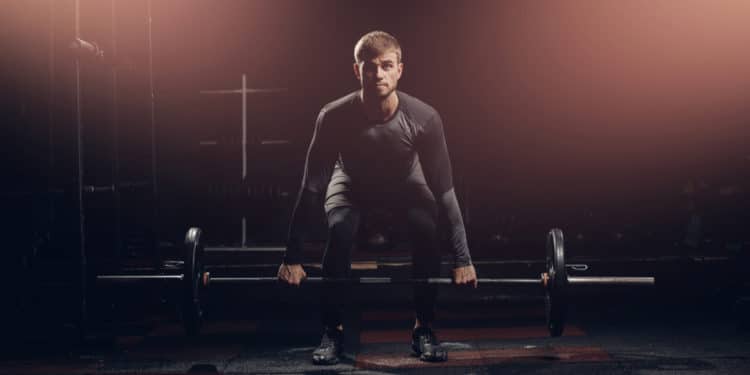 What’s up guys and gals, today we’re going to be looking at the humble power clean vs squat clean.

Thanks to the ever-growing popularity of CrossFit, more and more of us are getting a little more adventurous with our training and are trying new things.

If you’re training for size and strength, there are countless exercises you can perform to help you meet your fitness goals.

Despite this, people often stick with some of the more basic compound lifts performed heavily in rep ranges of 4 – 6 repetitions. Whilst this does indeed work, there are plenty of other ways of getting big and strong.

Two very effective exercises happen to be power cleans and power squats. We’re actually looking at the power clean vs squat clean in today’s article, so expect to learn much more about them both.

What are power cleans?

Firstly, we’re going to start off by looking at an exercise that you’re probably slightly more familiar with then squat cleans. Yep, we’re talking about power cleans. Power cleans are exercises designed to work your deltoids, your traps, your quads, your hamstrings, and your glutes.

They’re an explosive movement that help to develop your type-2b fast-twitch muscle fibers, which are responsible for generating explosive strength and power.

The exercise is performed by beginning almost in a deadlift position with a barbell. You take an overhand grip a little wider than shoulder-width before deadlifting the bar, extending the hips aggressively until you have the barbell in a shrug position.

Next, you will drop underneath the bar and extend the elbows outwards. Finally, you stand up with the barbell, and lower it back to the ground, or drop it if you’re using bumper plates.

There are plenty of benefits to be enjoyed from performing power cleans, including the following:

Explosive speed and power – As power cleans are an explosive movement, they allow you to target fast-twitch muscle fibers in the body which are responsible for generating explosive power and speed.

Build muscle – Needless to say, as they’re a compound lift performed using a barbell, muscle hypertrophy is another benefit you can enjoy from performing power cleans.

In particular, they will help you to increase muscle mass in and around the shoulders, although virtually all major muscle groups will get at least some form of work when executing this exercise.

Burn fat – Power cleans are very physically demanding. They require you to work hard and engage all major muscle groups in your body. The end result is an increase in metabolism which enables you to burn more fat and generate more energy. As you’re working so hard during the exercise you’ll also burn calories very effectively.

Improved grip strength – To perform this exercise, you grip a barbell using an overhand grip, and you must ensure that it remains firmly in place. If it doesn’t, you’ll drop it and you run the risk of injury. The more you grip the bar with increasing weights as you progress, the stronger your grip will become.

What are squat cleans?

As we’re looking at the power clean vs squat clean, we now need to look at squat cleans. Squat cleans are considered even more physically demanding than power cleans, and they too are very popular during CrossFit workouts.

As mentioned on Astral nutrition, It builds strength and power and primarily works the legs, as well as the delts. It is best described as being a hybrid version of the power clean.

The exercise is performed as you would a power clean, except for the fact that once you extend the hips and elbows outwards you squat down with the barbell.

Finally, you slowly stand up with the barbell, ensuring to keep it firmly held in place with your elbows nice and high. Once you stand up, you’ve completed one full rep.

What are the benefits of squat cleans?

Now we can look at some of the most impressive benefits of squat cleans:

Leg development – Not only is this exercise great for the delts, but it’s also fantastic for your legs as well. As you are performing a variation of a front squat, your hamstrings, quads, glutes, and calves all get a fantastic workout as a result. If your legs are lacking, squat cleans rule!

The exercise works your core, legs, and upper body, and mimics plenty of movements which you’re likely to perform in everyday life. As you know, to lift objects at home or work safely, you should always lift with the legs and not the back, and this exercise helps you to do exactly that.

So, which of the two comes out on top? Well, when it comes to comparing the two, they both have their merits. If you wish to train with heavier weights, then the squat clean is better.

However, if you’re working on conditioning and fitness, power cleans may be considered superior. In reality, both exercises have their own unique advantages and disadvantages. It simply comes down to what you want to get from your workouts.

Now that you know the difference between power clean vs squat clean exercises, hopefully, you’ll have been inspired to incorporate them both into your training routine the next time you hit the gym.

Give them a try and you’ll see and feel the benefits in no time at all.