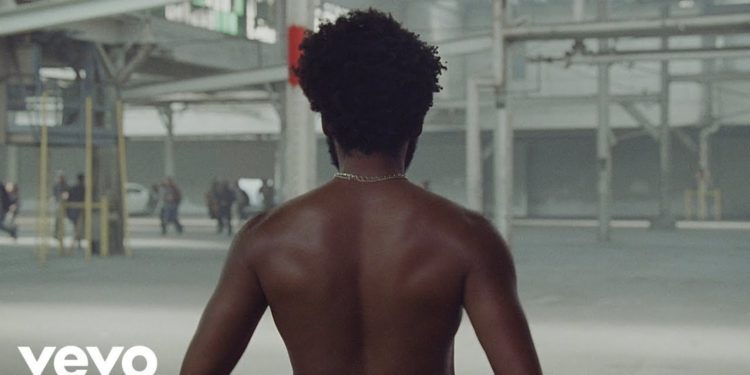 Any true film lover and filmmaker instantly recognized the style Donald Glover was aiming toward in “This is America.” It’s been done before and done to perfection on many levels of film. The long take or the tracking shot has been an integral part of so important moments in filmmaking. But you can’t just achieve an extended shot just to have one. Rather you need to have a reason to accomplish such an ambitious piece of filmmaking.

Currently, the country is marveling at Childish Gambino’s risky yet poignant “This is America” video, one that sorely pushes the limits of political expression. The video has a deeper artistic meaning that drives the long tracking takes to become such an effective tool. On the surface, the video’s substance is unique and shockingly violent. It touches on themes from police brutality to immigrant policies to gun control. Your attention remains on Gambino who drives the camera movement with quirky dances moves but acts a juxtaposition to the jarring jolts of violence. That was only powerful because of the inclusion of the continuous camera movement.

Glover, a dramatic writing major from New York University, has a natural sense for cinematic storytelling. Along with long-time collaborator and director Hiro Murai, Glover had clear-cut influences in creating the most polarizing music video in recent memory. Here are several ways previous films redefined the artwork and shaped “This is America”.

Making It All Real

The main reason filmmakers employ the long continuous shot creates a sense of ultra-realism. When a shot goes on for several minutes, or even one minute, the audience is in subconsciously engaged because it witnesses the real-time occurrences. The suspension level is cranked up a notch. Glover, who also doubles as the rapper Childish Gambino, has had direct inspiration from Chan-Work Park’s “Oldboy”.

The movie used a long take to display the grittiness of a fight scene in a corridor. This was also duplicated in Netflix’s “Daredevil”. In both cases, the director is forced to be perfect. There’s much coordination and choreographing for such a type of extended fight scene. With “This is America”, Glover amplifies the shock value with the wide linear camera movements (very similar to Oldboy) that end with a boom.

One of the most famous long takes was an entire film. Alejandro G. Inarritu’s “Birdman” broke barriers for following a struggling action hero turned playwright on the eve of his debut Broadway show. The film was unique because of Inarritu’s highly-risky choice to shoot the film from beginning to end in one shot until it was revealed by the director that it was all an illusion. There are no visibly definitive cuts but Inarritu deceives the audience with slow camera movements that cut across shadows, giving the editor time to bleed two different scenes. It appears as flawless as possible.

“This is America” doesn’t necessarily reach that level but the slow-moving, erratic camera work gives you a sense of the world and the pulse of Gambino’s world in motion. There are constant wide and close-up shots that evoke organize chaos. And just like “Birdman”, the Glover music appears to be shot continuously at a time but is broken up by a different area of the video’s parking lot setting. There’s even modern influences of “LaLa land”, which had a number of long takes and pristine choreography sets.

The king of kings when it comes to continuous shots is the “Goodfellas” Copacabana shot. You know the shot. If you don’t, then you need to rent the movie NOW. It’s the legendary Steadicam shot that follows characters Henry and Karen Hill into the famed New York City club. The five-minute tracking shot introduces Karen into the underbelly of the mafia world. The audience and Karen share the same point of view as they discover the world together. The majority of the Steadicam shot was filmed from behind the actors so you only see the back of their heads for more than 75 percent of the time. Much of “This is America is shot from Glover’s perspective. There’s a lot of tracking from behind shots to give the audience a first-person perspective of the stunning action that unfolds. This is a direct influence for Glover and creates the power of Glover’s sudden acts of violence.

The overall and longterm effect “This is America” remains to be seen as only time will tell. But utterly artistic brilliance and choreography make this music video one of the best of the new century. Still, Glover reminds us how important movies and storytelling have, and will always be, in society. Yes, it’s controversial. Yes, it’s weird. Yes, it’s jarring and shocking. Those are the same descriptions given to Leonardo DaVinci.

10 Reasons Why We Should Avoid Drinking Soda

7 Foods That Detox the Body Naturally