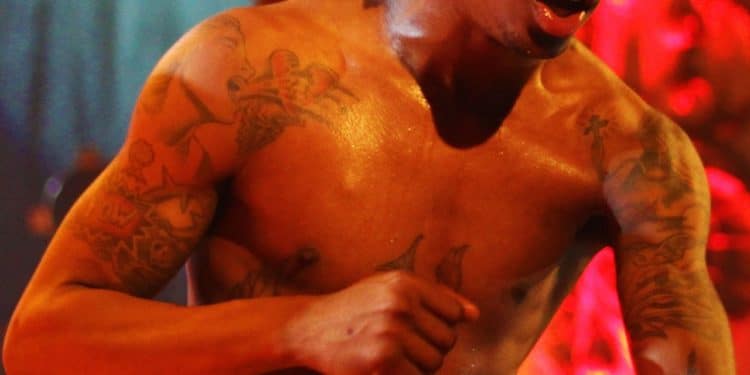 I’ve always been a rock and roll kind of guy. But hip-hop has slowly been infiltrating my playlists as I continue to look for a different soundscape to bask in while I go through my daily grind. Since new years are for new beginnings, taking a deeper dive into the hip-hop pool in 2019 feels like a timely decision for my musical reawakening.

So as an amateur hip-hop spelunker, why start with Travis Scott and his songs? Prior to this article, all I knew about Travis Scott was that he has a baby with Kylie Jenner whose name felt like the Ethel Waters song collided with a dictionary and some of the letters fell out. But digging a little deeper, it seems that the world of hip-hop is just as entertainingly volatile as all the rock star stories of the past and Scott is in the middle of some pretty interesting stories beyond the tales on his albums.

Scott’s recent collaboration with Drake for his “Astroworld” album header, “Sicko Mode,” is apparently rustling the jimmies of his friend and previous collaborator, Kanye West. If Kanye and Drake are fighting over diss lines in Travis Scott’s tracks, there must be enough drama worth listening to for someone new to the genre.

With Travis Scott’s songs pumping out of every device I own while I worked, played, and bathed during the past 48 hours, below are some songs that stuck to the walls.

Drugs You Should Try It

The reversed lyrical choruses are a nice touch but I don’t think anyone taking drugs while listening to the song would notice. Still, the fact that it’s one of the few Travis Scott songs where I ran into a real guitar with a melody you can hum along with makes it easy to musically latch onto.

When Scott’s very first track on his “Days Before Rodeo” mix tape played, the piano hook immediately caught my attention followed by the low-fi drum tracks. The next song on the tape, “Mamacita,” wasn’t as to my liking but “The Prayer’s” hooks stuck like glue

The Weeknd’s auto-tuned hook is just so catchy in this track. A self-reflective song you can listen to while on cruise control on the highway.

“Nightcrawler” seems to be a personal anthem of Travis Scott’s, featuring a lot of the usual topics of his other songs. Partying hard, banging hard, and getting rich hard. While – as I’m led to believe – most hip-hop artists have already had their own takes on boozing, womanizing, and hell-raising,”Nightcrawler” is still pretty catchy despite treading in charted territory.

“90210” is a great introduction to some of Travis Scott’s storytelling, with an intro reminiscent of the first few lines of Journey’s “Don’t Stop Believing” given a Travis Scott twist. The fact that it’s supposedly autobiographical is icing on the cake.

Scott’s “First Take” seems to reflect on an abusive relationship that isn’t totally hidden by the track’s catchy melody. The whole bad love story that Travis Scott lays out in the song is reminiscent of the heart-broken yodels of many blues men of the past.

Stop Trying to Be God

This one you save for a long day and you just want to crawl into bed. Stevie Wonder on the harmonica adds to that late-night gumshoe noir feel while the rain pours down on your shoulders.

So, will Travis Scott’s music cement itself 20 years down the road like how a certain late music icon influenced the livesof generations? I have no idea. One thing I’m sure of is that 48 hours of Travis Scott is enough for me to pick out “Pray 4 Love” on the radio.

Cold Weather Weight Loss: 5 Reasons To Work Out During Winter

Why You Need a Fitness Watch and Which One to Get