The Zercher Squat: Dangerous or Indispensable?

This Move Activates More Muscles Than Any Other Squat Variation 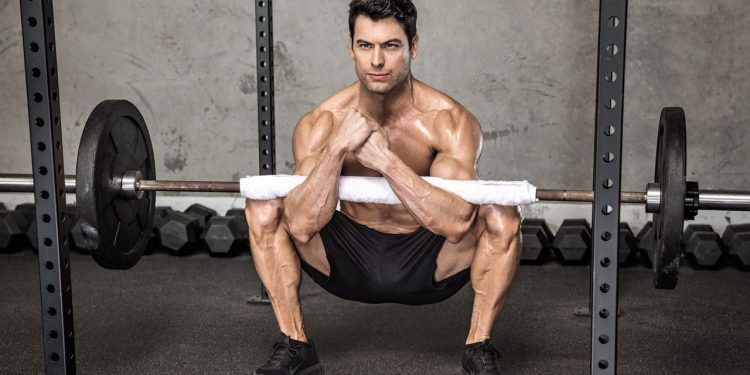 Athletes who have tried a Zercher squat fall into two camps: those who love it and those who hate it. While the Zercher squat is a fantastic compound movement that effectively targets the larger muscles of both the anterior and posterior chain, it does have potentially dangerous drawbacks.

What is a Squat?

In order to better understand what a Zercher squat is, let’s take a look at some of the more traditional squat variations.

Then, the squatter will slowly push their hips back and bend their knees as if to sit in a chair. Once they have reached the lowest point that they can (parallel to the ground or lower is the goal) while still maintaining a straight, neutral back (chest up), they will push through the feet, back into a standing position … giving their glutes a good squeeze at the top of the movement.

This exercise is frequently progressed by adding weight. A weighted squat is often performed with dumbbells held on either side of the body, a barbell sitting on the mid- or upper trapezius muscles of the back, or a barbell held in front of the body – typically across the collar bone (clavicle) and resting on the shoulder muscles (deltoids).

While the largest apparent difference between a front and back squat is where the weight is resting, it is the variation in muscles firing that really matters.

During a back squat, the body is leaned forward just a bit. This causes more activation of the glutes, hamstrings, and lower back muscles.

On the other hand, during a front squat, the body is more upright due to a change in center of gravity. Therefore, the front squat is more challenging to the quadriceps and a bit more forgiving to your lower back.

The Zercher squat is a variation of the front squat, and it targets muscles that are neglected by other variations of the squat. The Zercher will heavily tax your upper back, thoracic spine, shoulders and biceps, in addition to the glutes and the quads.

Execution of the Zercher Squat

Like the front squat, the Zercher squat is initiated by loading a racked barbell to the front upper body, or by deadlifting it as demonstrated in the following video. Though in this case, the athlete will dip their arms beneath the bar, secure the bar within the crook of their elbow, holding it at about sternum level.

Because of the lower orientation of the barbell, the Zercher squat allows the lifter to maintain a more vertical posture than the typical front squat.

Benefits of the Zercher Squat

The Zercher squat targets most of our upper and lower body muscles. Moreover, it does so without the awkward grip required by the front squat, and is less stressful to the lower back. The exercise will strengthen the entire core both front and back, and even lays the groundwork for perfecting other squatting exercises.

Many of us have a lack of dorsiflexion in our ankles which prevents a deep squat; the upright orientation of the Zercher squat minimizes the impact of such mobility issues in the hips and ankles. That said, building mobility should be a primary focus prior to taking on such a weighted compound movement.

Drawbacks of the Zercher Squat

As fantastic as the Zercher squat is, there are still downsides to the exercise.

The Zercher squat is designed for building muscle strength and size. And as such, it requires a base level of balance, flexibility, and muscular endurance. Once a foundation of fitness and conditioning has been established, then moves like the Zercher squat are fun, effective training exercises, adding the bulk and strength most of us desire. If a trainee skips the essentials and jumps right into exercises like the Zercher, they are likely to injure themselves and derail their training. This is a common mistake made by newbies and is akin to building a home without a foundation or framing.

During the front or back squat, the bar is resting across a substantial width of the lifter’s body. However, during the Zercher squat, the biceps are contracting to hold the bar in place.

Oxygen is an important component of exercise performance. Lifters incorporate efficient breathing into their workouts to maximize performance and gains. Yet, the Zercher squat inherently makes breathing difficult as the lifter is unable to expand their chest.

The ability to work anaerobically will benefit anyone who is integrating Zercher squats into their workout. Again, that base level of fitness will play a role in properly completing this exercise.

The Zercher Squat is a wonderful squat progression. It provides activation of our entire core, both upper- and mid-back muscles, biceps, shoulders, quads and glutes. The Zercher squat is also a bit more comfortable to perform than other squat variations. Yet, those who would like to integrate this movement into their regimen, should already have a solid foundation of balance, flexibility and endurance as well as adequate cardiovascular training.

4 Tips for Getting the Most Out of Your Fitness Class

7 Upper Body Workouts You Can Do in Your Apartment

6 Tips for Running Again After Surgery

15 At-Home Workouts That Require No Equipment

How Often Should You Do AMRAP Sets in The Gym?

How to Decorate Your Home for the Holidays