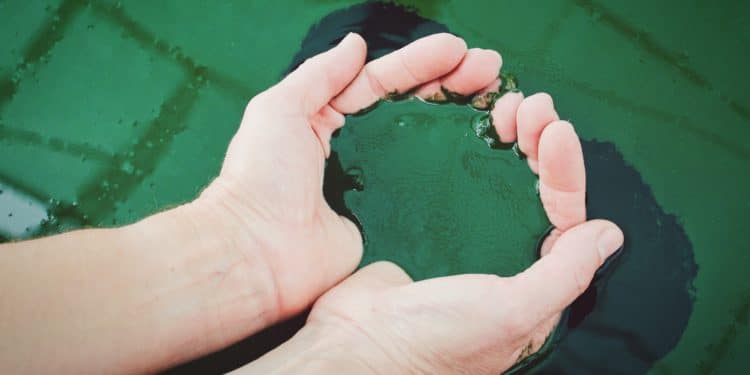 Ever heard of a so-called “superfood” that is also known as “pond scum”? Sure, it may not sound so pleasing at all. Likewise, it is also often a disregarded and even one of the most taken for granted supplements ever.

On the contrary, these blue-green algae-slash-pond scums are actually one of the most talked-about superfoods nowadays due to its amazing health benefits. In case you still have no idea, this article will talk about “Spirulina”, tagged as one of the healthiest supplement you can ever have in your daily routine.

Spirulina, also known as “pond scum”, is a blue-green alga commonly found in freshwaters of Mexico, Africa, Hawaii, and some other parts of the world. It is rich in chlorophyll and known for its strong flavor and nutritional benefits.

Spirulina is also largely composed of protein and amino acids, and normally included in a vegetarian lifestyle thanks to its high iron content. It normally comes in powder, capsule, or tablet form. When taken regularly, it is said that it can help rejuvenate your overall health. Plus, more than a thousand studies have already shouted praises for this amazing superfood.

Because it tastes a little off when taken as is, Spirulina is usually mixed with beverages and energy bars. It can also be taken in a form of capsule or tablet like your everyday health supplement. Nonetheless, it provides several health benefits and likewise recommended to be taken regularly due to the following reasons:

1. It is packed with essential nutrients.

Spirulina is considered one of the most nutrient dense food in the world. It is a great source of protein, Vitamins B1, B2, and B3, Iron, Calcium, Magnesium, Potassium, and Copper, to name a few. Plus, it only has 20 calories and 1.7 grams of carbohydrates which is ideal for those who are watching their weight.

2. It contains antioxidant and anti-inflammatory properties.

Spirulina is a great source of antioxidants that help prevent cell damage. It also contains an active antioxidant and anti-inflammatory component called phycocyanin that is also responsible for its blue-green color.

3. It can help balance blood sugar.

According to some studies, spirulina can also help improve blood sugar levels as well as an effective medication for diabetes.

4. It can relieve allergies.

Other studies also revealed that Spirulina can also help alleviate allergic symptoms and reactions. As mentioned earlier, it has anti-inflammatory properties that can help reduce the occurrence of nasal congestion caused by inflammation.

5. It can help remove heavy metals in our bodies

Since Spirulina is a plant, it is naturally high in chlorophyll that helps eliminate toxins from the blood. It also binds and flushes out heavy metals in our bodies especially arsenic, and boosts our immune system. Some studies also found that spirulina can be used for radiation therapy.

Spirulina helps improve heart health by lowering “bad” cholesterol and increasing “good” cholesterol levels. One study found that 1 gram of spirulina every day lowered triglycerides by more than 15 percent. Moreover, it also prevents LDL or bad cholesterol from becoming oxidized, which can result in several diseases.

7. It reduces the risk of stroke.

Researchers have found that spirulina can help prevent atherosclerosis and strokes. While the study is conducted on animals, the results have shown the significance of regular spirulina consumption and its role in reversing the damage due to poor diet.

8. It helps boost your energy.

With all the abovementioned nutrients spirulina has, it’s no wonder people who take it on a regular basis feel more energetic than before. Although there has no scientific evidence of spirulina’s energy-inducing properties, many people who took spirulina regularly can attest to it.

One study involved giving a diet containing spirulina to rats, which later revealed to have provided neuroprotection against the onset of Parkinson’s disease as compared to the specimen that did not get a spirulina diet. Another study also revealed that spirulina can also help prevent memory dysfunction. While both studies are done with mice, it still has shown promise among patients with neurodegenerative diseases and memory issues.

10. It can help improve muscle strength and endurance.

Oxidative damage is one major cause of muscle fatigue, which is usually due to straining exercise. Spirulina was found to have benefits in combating muscle fatigue. In fact, two studies revealed that spirulina helps to enhance endurance and reduce fatigue as well as helped increased muscle strength.

There are many surprising benefits that come from places you might not necessarily think, that doesn’t mean they are any less effective than other more popular options!

The Benefits Of Having A Daily Exercise Routine