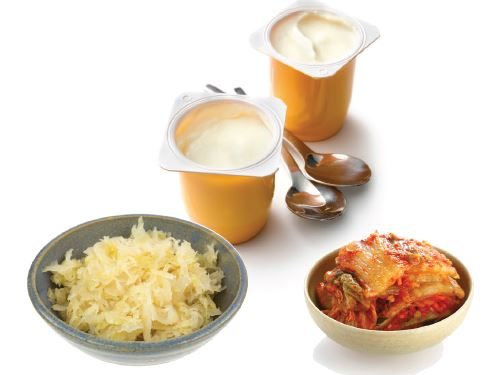 Bacteria or germs as we call it are often associated with illnesses and infections. We are advised to take antibiotics to get rid of bacterial infections and lead to our recovery. Likewise, a lot of companies came up with products that promise to get rid of these so-called harmful bacteria such as “antibacterial” soaps, lotions, dishwashing liquids, and many more.

We can’t tell how effective these products are, but most of these companies have definitely made a profit out of their antibacterial products. In effect, most of us are fearful of contracting bacteria and will do anything just to get rid of it.

See also: The Many Benefits Of Probiotics

Probiotics are live microorganisms that line your digestive tract and helps your body absorb nutrients and combat illness-causing infections. Basically, probiotics are the “friendly” and “good” bacteria that live in our gut, which is good for our health. According to research, the number of gut bacteria (a.k.a. probiotics) is the same as the cells on our body.

“Probiotics” is said to have originated from Greek words which translate to “promoting life”. Since the ancient times, our ancestors most probably have already consumed probiotics by eating fresh or fermented foods, given the non-existence of refrigeration and preservation methods we know of today. As a result, most of the foods we eat contain little to no probiotics at all, mostly due to over-sanitation during food manufacturing or cultivation process.

Among other benefits of probiotics are as follows:

1. Helps prevent and treat digestion issues such as diarrhea

A meta-analysis made by Dalhousie University in Nova Scotia reported that “probiotics are generally beneficial in treatment and prevention of gastrointestinal diseases.” However, in treating gastrointestinal problems, “the type of disease and probiotic species (strain) are the most important factors to take into consideration,” the same report added. Among these strains that are mostly associated with treating diarrhea include Lactobacillus rhamnosus, Lactobacillus case, and Saccharomyces boulardii, a type of yeast.

Several studies have already led to a conclusion that gut health is strongly linked to mental health. In fact, one study revealed the people who took probiotic supplements such as Bifidobacterium and Lactobacillus strains for up to two months can help improve mental issues including anxiety, depression, obsessive-compulsive disorder, and even memory.

Certain probiotic strains, particularly lactic acid-producing ones, can help reduce LDL or “bad” cholesterol as well as blood pressure. It works by breaking down bile in the gut, which in turn helps aid digestion. Some studies revealed that eating yogurt with probiotics for up to eight weeks helped reduce total cholesterol levels by 4 percent and LDL cholesterol by 5 percent.

4. Helps alleviate symptoms of skin problems such as eczema

A study reported that symptoms of eczema were reduced in infants that are fed milk with probiotics, as compared to those who were fed milk without probiotics. In addition, certain probiotics were also found to reduce allergic reactions in people with dairy allergies. However, both of these findings need further validation and research.

Certain probiotics, such as L. gasseri and L. rhamnosus, help prevent the absorption of dietary fat in the intestine, which then excreted through feces. In addition, food with probiotics helps you feel full longer, thus giving your body more time to burn calories and use up fat. Although several studies have found probiotics as an aid for weight loss, further research will be needed to support this claim.

To experience the full benefits of probiotics in your health, you can check out the following foods that are rich in probiotics:

5 Tips For Staying Active With Kids And Family