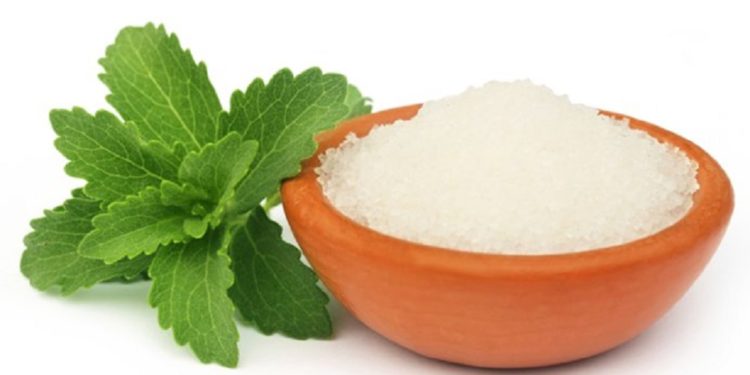 We already know how sugar can be bad for our health if consumed on a regular basis. Sugar is basically included in almost every products displayed in the supermarket shelves – fruit juices, breakfast cereals, cookies, biscuits, chocolate drinks, and so on. While these products undoubtedly tickle our taste buds, it can affect our health in the long run.

Among side effects of consuming too much sugar (including refined sugar, aspartame, and high-fructose corn syrup) include high risk of having diabetes, weight gain, increased uric acid levels, and even damage your liver.

Such dangers of too much sugar consumption have paved way to the development of sugar substitutes. However, these alternatives are mostly artificially-created which can potentially harm our health. On the other hand, honey and maple syrup can be considered as a healthier choice over refined sugar, yet the two are still high in fructose.

Then there is this unassuming, sweet-tasting plant called stevia, which changed the game in terms of a healthier sweetening alternative.

1. Stevia is a plant native to South America.

Stevia plant has been around for some time now. In fact, this sweet-tasting plant was already being used to sweeten beverage as early as 16th century. At present, stevia is being used as a non-nutritive sweetener which contains minimal to no calories. Moreover, stevia is now expanded to different countries around the world.

2. Stevia is up to 300 times sweeter than table sugar.

According to National Health Services in the UK, stevia is 200 to 300 times sweeter than table sugar. Its glycosides, including stevioside and rebaudioside are mainly responsible in making the plant sweet-tasting.

3. There are different types of stevia.

Stevia has a lot of health benefits to offer, which includes the following:

Stevia is a great sugar alternative especially for diabetics. Stevia contain stevioside, a non-carb glycoside compound that is absorbed by the colon bacteria instead of being absorbed in the bloodstream that can affect the body’s glucose levels.

2. It is a great weight loss buddy.

Stevia is low in calories. Plus, you can add it in replacement of sugar to your favorite foods like cookies and cakes, without the feeling of guilt.

Stevia contains several glycosides, one of which can help relax the blood vessels, encourage frequent urination, and aids in getting rid of sodium in the body. These factors can help alleviate blood pressure and even prevent cardiovascular diseases.

According to several studies, stevia helps in reducing bad cholesterol and increase levels of good cholesterol.

5. It aids in a better oral health.

Some toothpastes and mouthwashes have stevia as part of their ingredients, which aids in preventing oral problems such as cavities, gingivitis, and formation of bacteria in the mouth.

6. It can provide relief from some skin conditions.

When applied topically, it can help prevent the spread of bacteria by acting as a steroid and provides relief from skin conditions such as eczema and dermatitis.

7. It can help aid in increasing bone density.

Unlike normal sugar, stevia is found to help prevent the occurrence of osteoporosis.

8. It can help prevent cancer.

Stevia is rich in antioxidants which are beneficial in preventing cancer as well as premature aging and cognitive decline. In addition, quercetin, kaempferol, and other glycosides found in stevia helps in getting rid of free radicals that can evolve into cancer cells if not treated immediately.

9. It boasts of other health benefits aside from the ones mentioned above.

Stevia is also said to be anti-diarrheal, anti-hyperglycemic, an effective diuretic, and anti-inflammatory.

10. Stevia comes in different forms and used in your favorite foods and beverages!

Stevia comes in its natural leaf form, as powder, or in liquid form, all of which are great substitutes to sugar. You can add stevia as a healthy sweetener to your favorite beverage such as coffee and tea, and homemade snacks such as yogurt, ice cream, and baked goods.

While stevia is generally safe to consume – and a healthy one at that, it is best to consult your doctor first especially if you have certain medical conditions.