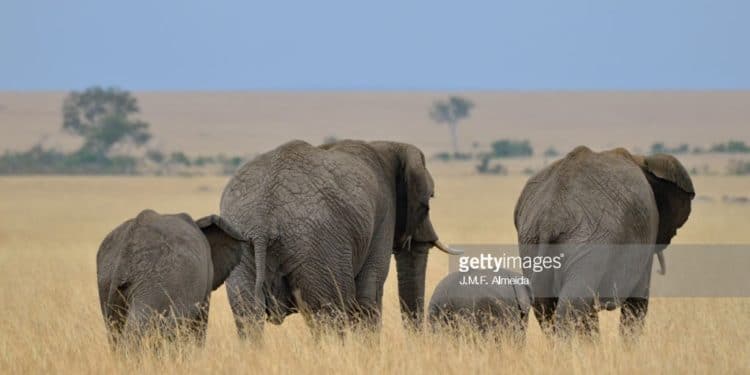 A safari to Kenya is an exciting experience filled with thrilling lifetime experiences. The country’s strategic position in East Africa makes it one of the few in the world that enjoy prolific wildlife. From wildebeest migration thundering across the Masai Mara Game Reserve, the splendid view of the majestic Mt. Kilimanjaro to the Big Cats of Tsavo National park, Kenya is a wildlife sanctuary in Africa. But where can you get phenomenal wildlife safari experience in Kenya? Well, In No particular order, we have put rounded up 5 Kenya’s most beautiful safari destinations.

Samburu Game Reserve as an exciting destination for wildlife enthusiasts. The park encompasses three game parks including Buffalo Springs, Shaba and Samburu served by the famous Ewaso Nyiro River. The park is popular due to its high population of the big 5 animals including the elusive hunter, the leopard. What makes the park unique is the oasis inside the game reserve. The oasis attracts animals from far and wide. Animals usual come near the oasis for water making it easy to spot the elusive. Apart from the big 5, other animals native to this park include reticulated giraffe, Somali Ostriches, Beisa Oryx, Grevy’s zebras and Gerenuks. The hilly landscape and warm climate make a perfect safari getaway in Kenya.

You can call it the ‘Jumbo Park’ since Amboseli National Park is home to the biggest population of African Elephants. In fact, elephants of Amboseli are said to be the largest in African and have the largest tasks you can find nowhere else in Africa. Tourists are treated to spectacular scenes of jumbos grazing on savanna landscape of the park. The Park also treats tourists to a jaw-dropping view of magnificent Mt. Kilimanjaro. Apart from the Jumbos, the park enjoys a range game including the lightning running cheetahs, hyenas, Lions, zebras, buffaloes and other wildlife. There is also a huge population of birds in the park’s woodland sections. Nature lovers enjoy incredible game drives across the park. The landscape is flat spreading from the foot of Mt. Kilimanjaro.

The Laikipia National park spreads from the foot of Mt. Kenya across the vast savanna lands. The park offers a breathtaking view of the majestic Mt. Kenya from all corners. The vast open savanna ecosystem supports a wide diversity of flora and fauna including the endangered Grevy’s Zebra, Patas monkey, Beisa Oryx, and elephants. The game reserve is also home to hundreds of bird species including Somali ostrich. However, what makes Laikipia National Park popular is the surrounding private such as Segera Ranch and Loisaba Ranch where tourist enjoy safari without restrictions as it is with national parks.

Masai Mara is one of the iconic game reserves in Africa. In fact, it is one of the most visited game parks in the whole of East Africa. The park enjoys prolific wildlife and more so the BIG 5 animals. It is only in Mara where you find larger herds of elephants and buffaloes grazing on the vast savanna landscape. However, the most excitement is around the Great Migration from June to September. This is the best time to watch the big cats including lions, leopards, hyenas, jackals, wild dogs and crocodiles preying over the migrating animals in Mara. The park provides plenty of wildlife actions everywhere you turn year-round. Masai Mara has some of the wild recognized safari lodges, and thus accommodation is never a problem.

It could be one of the smallest national reserves, but Shimba Hills offers an incredible safari experience. The Park is located in the coastal region of Kenya making it a perfect destination for those looking for safari/beach combination experience. It is close to the world recognized Diani Beach and thus it most frequented by tourists staying in the coastal beaches. Shimba Hill National Reserve enjoys lush vegetation which supports a variety of beasts like buffalos, jumbos, warthogs, sable antelopes, Masai giraffes and baboons and more than 300 butterfly species. It is only in Shimba Hills where tourists enjoy horse riding in the park.

These are 5 of the most beautiful safari destinations in Kenya. From the spectacular landscape to the prolific wildlife, these parks offer safari experience filled with unforgettable experience. They are easily accessible via road and air stripes. However, there are alternative destinations that also offer incredible safari experiences including Tsavo, Lake Nakuru National parks and Meru national park amongst others.

Let’s Finally Get Rid of Those Love Handles