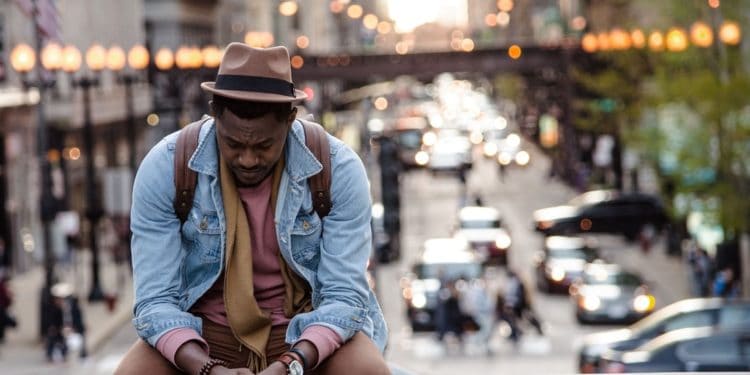 It’s no secret that infidelity happens, and while we usually think of the guy being the cheater, women are just as likely to be the one who strays.

When cheating happens, it causes massive amounts of trauma to the victim and often ends an otherwise functional relationship. Even if you don’t suspect your wife is having an affair, you should be on the look out for these ten telltale signs that could mean she’s seeing someone else.

10. Your marriage isn’t as happy as before

Do you ever find yourself driving around the block a few times before you get home? Do you make plans with your friends to avoid having to spend time with your wife?

If you or your partner is not happy in a marriage, it could mean she’s getting her action from someone else. With her needs taken care of elsewhere, she’s less likely to be warm and inviting, often creating a hostile environment.

According to a study done at the Center for Sexual Health Promotion at Indiana University, low relationship happiness and low compatibility are two factors that predicate infidelity.

9. She acts differently around your friends

If you thought you married “the cool girl” who loves to hang out with your buddies, you should take note if she suddenly doesn’t want to see them anymore. Seeing your friends will only remind her of all the people that she would hurt if she were caught.

Remember the old saying “what happens out of town stays out of town?” If your wife starts traveling for work more often, it should be a red flag that there may be an issue.

It’s possible she’s having an affair with one of her co-workers. According to the book The Normal Bar, cheating on one’s spouse while out of town is quite common.

The excitement of being in a new place, coupled with the fact that a large percentage of extramarital relationships start between coworkers, means that the business trip is ripe with opportunity for cheating.

7. She changes her appearance

Unexpected changes in her appearance can be a sign that she has someone on the side. Maybe he prefers a woman with short hair and next thing you know your wife has chopped off her locks without warning or explanation. It’s not just hairstyles, changes in makeup and clothing can also signal an affair.

6. Changes in your sex life

Even the most dedicated couples learn their partner’s bedroom tendencies, so if she shows up for some action with some new moves, you might want to question where she picked up those new tricks. If the frequency of sex decreases, it could also mean she’s scratching that itch somewhere else.

5. Her internet habits have changed

Let’s face it, in 2017 practically everyone is glued to his or her phone, tablet, or laptop.

If your wife is suddenly guarding her phone or is always clearing the browsing history and deleting emails, it’s probably because there are things that she doesn’t want you to see.

If you log in and see she has a new Facebook profile that makes her look single, that could be indicative of marital deception.

4. She’s listening to a new kind of music

If she goes from the basics like Katy Perry, Taylor Swift, and Bruno Mars, and starts rocking out to some unknown indie band, it probably wasn’t a harmless Spotify discovery. Subtle signs like her current playlist can offer clues into her infidelity.

3. She’s becoming more critical of you

If your wife starts nitpicking every little thing you do, such as you didn’t take the trash out the right way, or you did the laundry incorrectly, it may be her attempt to justify her cheating.

Have you ever taken a good look into your woman’s purse? Chances are you’ll find the standard: wallet, sunglass, makeup, and the ever-intimidating tampon.

If you stumble upon something more sinister, such as condoms (especially if you don’t use them in your sex life), a suspicious looking business card, or movie ticket stub that you don’t remember going to see, there’s a good chance the explanation behind these items is infidelity.

The human mind is the last final frontier in exploration. We don’t know a lot about how the mind works, but we know that people are much more intuitive than we get credit for.

If you find yourself looking in the mirror and feeling as though something about your wife is off, chances are you’re right.

Much like Darth Vader can sense when a Jedi is near, men can sometimes sense when their wives are fooling around, even if no evidence is immediately present.

What Should You Eat Before Your Workout?​

How Seniors with Dementia Can Benefit from Staying Active

Every human being needs some physical activity in their daily life if their body permits it. Seniors with dementia can...

Veggie Grill is an American casual vegan restaurant that has been operating since 2006. Veggie Grill only prepares plant-based food....

Walmart is an American retail company that operates various departmental grocery stores. The brand is well known worldwide. The Walmart...

Bowflex is a Vancouver-based fitness equipment provider company. The brand is well known worldwide and is known for launching many...

Chanterelle Mushrooms are a type of fungi belongs to Cantherelus and Plyozellus family. They are commonly recognized as wild edible...

Testosterone hormones are biosynthesized by the body and play a significant role in mass building, improving sex drive, and the...

Start your fitness regime with Weider Home Gym. This home gym gives you everything that is needed to strengthen your...

5 Best Protein Water That Will Keep you Energized During Workout

Protein water is nothing but mixing water with protein powder. Nowadays it is known as whey protein that is known...

Receding Hairline Treatment: A Guide to Your Options

Did you know that 80% of men and 50% of women experience a receding hairline over time? Although it's incredibly common, thinning...