5 Dating Trends That Desperately Need To End In 2018 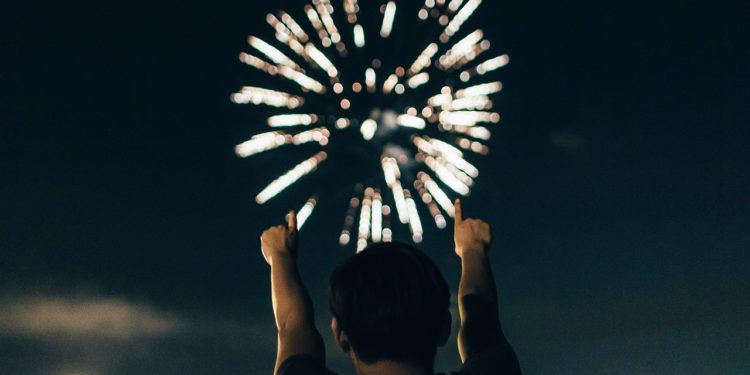 Dating trends has changed dramatically over the last few years – and not necessarily for the better. In the past 12 months alone, several dating trends have emerged that are toxic.
While men aren’t completely to blame, there’s a lot we can do to make singledom much easier for everyone.

With the New Year around the corner, there’s no better time to cut the unhelpful habits that only serve to frustrate the opposite sex.

Here are five dating trends that desperately need to end in 2018.

The act of disappearing from someone’s life without as much as a text message to confirm you’re not interested in them. The term ‘ghosting’ was coined before 2017, but it seems to have become even more common.

It’s likely the proliferation of online dating which has made us see each other as so disposable. We can now replace our romantic interests so easily that we don’t even deem it necessary to inform them. Or maybe we’ll all just cowards.

Either way, it’s disappointing that this behavior occurs enough for a descriptive word to be needed.

Even worse is ‘zombieing’, where the ghost returns out of the blue, assumedly because of their attempts to replace you backfired.

Everyone agrees it’s disrespectful, so it’s time we buried ghosting and zombieing once and for all.

Rather than developing loving relationships with each other, we are choosing to sleep together while always looking out for something better.

That’s fine if both parties are on board, but often one half of the couple is secretly desperate for this regular sex to develop into an official relationship. Usually, the partner is fully aware of this but has no desire to entertain the idea.

The New Year is a great reminder that time is getting away from us – so let’s start being honest about our romantic intentions – and let’s stop accepting almost-relationships when we actually want the real deal.

Based on the classic children’s tale Hansel and Gretel, breadcrumbing explains the act of paying just enough attention to someone to keep them interested, but not enough to progress the relationship.

It’s commonly practiced by females in need of validation and f*ckboys attempting to convince them they’re after more than a hook-up.

Both of these types are the biggest time-wasters on the dating scene and should be avoided at all costs.

If you’re guilty of leading people on, why not make 2018 the year you give it up? We’d all be better off flirting exclusively with the people we actually want.

Sadly, this isn’t a trend that started recently. Yet, 2017 was the year where society agreed to stand up against sexual harassment.

Hopefully, the success of the #MeToo movement will help reduce harassment of all kinds and give victims the strength to speak out against it.

5. Fear of making the first move

If you’re ending 2017 with no-one to kiss at midnight, it might be worth looking at how to change that next year.

Are you afraid of making a move on your crush or failing to meet enough women in general? If so, make it your New Year’s resolution to change this.

Life is too short to sit and wait for a woman to magically waltz into your arms. You need to be proactive to have a happy dating life. If swiping away at your smartphone has proved unsuccessful this year, it’ll probably be the same in 2018.

Promise yourself you’ll start going out more or take up a new social hobby. Then, when you see a woman you like, ask her out! The worst that can happen is she’ll say no.

But why would she say no? If you promise to commit these other dating trends to the past, you’ll be more of a catch than most.

A chat with Ivan Jenson, a published poet and novelist

5 Dating Trends That Desperately Need To End In 2018