Are You Drinking Too Much? 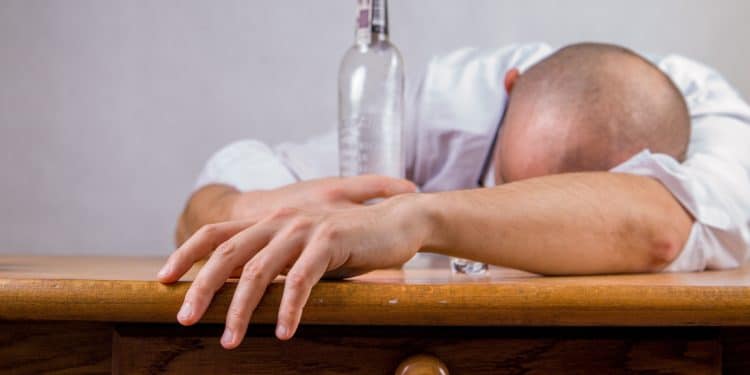 If there’s one thing that Prohibition proved, it’s that Americans love their alcohol. We live in a country where drinking is a social norm, and where partying is often synonymous with grabbing a beer with friends. Fun as drinking can be, we are also a country of habits—and that includes drinking habits.

Alcoholism just like drug addiction requites rehabilitation. There are alcohol rehabs in Connecticut that help alcoholics who can’t stop drinking.

Studies have shown that both men and women are increasingly getting addicted to alcohol. Much of it, scientists surmise, is because alcohol helps people escape problems. In fact, the rise in alcoholism has become one of the most widely-recognized “deaths of despair” in America.
Embed from Getty Images
Most people assume that alcoholism involves being totally plastered every day, or just being able to down a liter of vodka without batting an eye. Sometimes, though, the signs are a lot more subtle.

Doctors note that if you have any of the following signs or symptoms, you might be drinking too much and it could be time to consider reaching out for help.

You get cranky, angry, sad, or sick if you don’t have a drink in two to three days.

The most important indicator of alcoholism is withdrawal, and withdrawal isn’t always something dramatic. Many alcoholics who are just teetering on the edge of serious abuse issues often just feel moody, upset, or slightly jittery if they don’t have a drink in a couple of days.

If you notice these symptoms after taking a booze break for half a week, you are chemically addicted to alcohol and need a detox.

Detoxing is crucial for people who have a drinking problem, which is why most alcohol abuse centers in Connecticut start treatment with a medically-monitored detox called Connecticut alcohol detox to ensure a smooth detoxification process.

Your first reaction to bad news or nerves is a drink.

In many cases, addiction doesn’t always reveal itself through physical symptoms. One of the first indications that you have a drinking problem is the reason why you drink.

If your first reaction to stress, bad news, or anxiety is to grab a pint of Guinness, you’re emotionally addicted to alcohol.

You tie your identity to alcohol.

Are you the person who always flaunts their alcohol use, and makes a point of binge drinking every weekend? Though it may seem like it’s a way to appear like the “cool, fun person” of your group, the fact that you’re tying yourself to alcohol isn’t a good sign.

Generally speaking, when people start to associate you with alcohol use, it’s a sign you may have a problem—even if it seems funny to joke about at first.

When you try to take a break from drinking, it’s a lot harder than you’d expect.

Addictions have a way of making the seemingly simple feel impossible. They take over your life, often to the point that you might even forget what life was like before you started using. At no point does this become clearer than when you try to take a break from booze.
Embed from Getty Images
Have you tried to stop drinking, only to find that youur entire routine feels weird? Do you have a hard time feeling like you’re enjoying a meal without a glass or two of wine? If so, seeking help might be a good idea.

Your friends have asked you to stop drinking, have gotten angry at you for something you did while drunk, or have otherwise made comments about how much you drink.

Alcoholism and other addictions have a way of isolating us from our friends and loved ones. This is primarily because of the way aloholics behave around others, and how uncomfortable drinking can make other people.

Embed from Getty Images
If you’re beginning to notice that your friends and family aren’t happy about your drinking habits, it’s definitely time to stop. You owe it to them and yourself to seek the help that you need.

Sydney’s Pistol Clothing: Have Your Custom T-Shirts Printed in Sydney