Changing of the Guard: Six Ways Baseball has Thrived Under the NFL Model 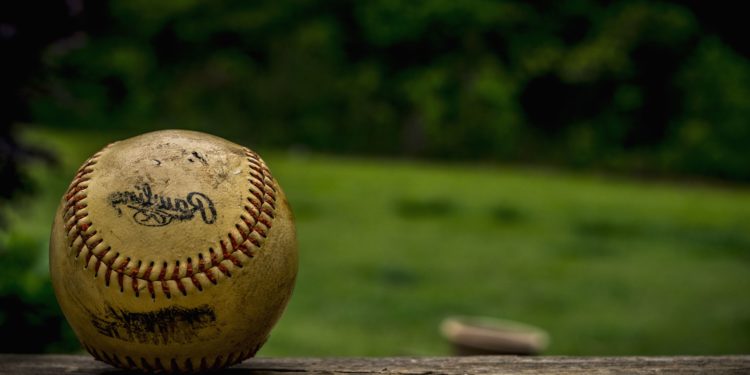 Despite all the negative press the last couple years, the National Football League remains the model of success in building juggernaut sports league. The NFL remains the most profitable and successful of the four major sports and has gone toe-to-toe with soccer worldwide.

The NFL has become the unofficial national past time. But the real national past time, baseball, is surging to reclaim that top spot in the sports world. Major League Baseball has employed a similar model to the NFL, and it has created a sustainable and growing profit margin each year. In fact, the MLB hasn’t been this healthy from top to bottom since the 1970s. That blueprint of success dates back to 2008 and has simply evolved worldwide.

The week of May 26, 2008, is when Sports Illustrated predicted the future of the MLB for the first time (there’s a second time nearly a decade later but will be discussed shortly). A comic-book drawn SI cover read “Bizarro Baseball”. The story was about the transformation of the Tampa Bay Rays into a legitimate contender after years of mediocrity. On the other hand, the story also spotlighted the downfall of the mighty New York Yankees, who would miss the playoffs that season.
But it was the Rays that changed the game. It put a plan in place that ALL teams have adopted. The plan was to draft smart and develop smarter. The plan also emphasized how the minor leagues would once again be a true pipeline and that spending big bucks on free agents is detrimental. The Rays went the World Series in 2008 because it had stars like Evan Longoria, Ben Zobrist, and David Price. They signed the young stars to club-friendly contracts and kept the nucleus together. The kept competitive for years as it recycled newer younger players from its minor leagues.

Today, the entire league has placed a focus on developing from within. The teams, including the Yankees, have placed more money on scouting and development rather than inking star free agents to 10-year contracts. Now you have younger players (many under 23 years old) making an impact and giving the franchise six years of control. Just like in the NFL draft, the MLB’s draft has become that more critical. Fans are following the development of future star players on the farm system on Twitter and other social media sites. Actually, the minor league attendance has increased dramatically in the last decade.

The Houston Astros were adorable losers and were predicted by Sports Illustrated to be the 2017 World Champions on a 2014 cover. The Astros did just that in 2017. The team, which endured years of horrendous losing, focused on developing players. They took all the top draft picks and turn them into stars. The Chicago Cubs sacrificed winning games when executive Theo Epstein joined the front office. He wanted to stockpile all the draft picks he could get. That strategy turned into a World Series title in 2016.

Yes, there’s still big market spending (the Boston Red Sox hold a $220 million team payroll). But many teams, such as the Yankees, have refrained from spending. The Yankees payroll is barely in the top 10 in the league with a paltry total of $160 million. Again, the philosophy of building from within has taken precedence, a major component to the NFL’s success. In fact, the free agent market has slowly decreased in the last three years. In the 2017-18 offseason, there were the glaring amount of talented free agents that didn’t sign until the start of the preseason. Teams aren’t willing to give older players longer contracts when they have younger players under control for even longer.

The last two MLB commissioners, Bud Selig and Rob Manfred, have become visionaries in the league. The two haven’t been afraid change the sport. The league has tinkered and changed every year (another NFL staple) to ensure the game’s moving forward.
The biggest change has been with the playoff system. The addition of a second Wild Card team changed the outlook in a good way for the league. It now has a one-game “play-in” and those games have been epic and a rating success. It also places a bigger importance on the division title as well give more teams hope.
Manfred’s regime has helped usher in better pace-of-play rules to speed up the game, a major complaint amongst non-fans. They also included replay and it has become a successful component. Lastly, the league tweaked the All-Star Game’s Home Run Derby rules to create more drama and the formula has highly-successful, besting the National Basketball Association’s Slam-Dunk Contest’s ratings.

Parity is the Key

A gigantic result of building talented and deep farm systems is parity. There are more competitive teams than any other time in recent memory. Through nearly the first two months of the 2018 season, there are 18 teams that are playing .500 (winning baseball) or better in the league. There are about another three teams (including the defending NL Champion L.A. Dodgers) that are hovering around the .500 mark. The teams (look at the San Diego Padres and Cincinnati Reds) that are losing have already built a stud-filled minor league system and hoping to join the fray in a year or two.

The even more startling stat is that there’s been a different World Series Champion every since 2000. That is a stats that has made the NFL a success. You rarely see a repeat Super Champion. There’s constant competitiveness, giving hope to every team.
That’s beautiful for a sport like a baseball.

Marketing to the Max

The rise of personalized and exclusive TV deals have given every team more money and control. But the league has pushed forward to market their young stars (looking at you Bryce Harper, Manny Machado, Aaron Judge and Mike Trout). This year the game has tackled the stream circuit as the Facebook feature’s a weekly “Game of the Week”. Another big marketing play was the implementation of the MLB Network and MLB Radio. The 24-7 focus on baseball has given die-hard fans an everyday outlet to feed its love for the game. It also captured the younger fan base as well new ones from around the world.

The last piece of the puzzle is capturing a world-wide audience. Baseball has put out all the stops on the international market. The first is the creation of the World Baseball Classic. The preseason tournament is the MLB’s version of the World Cup. The tournament occurs every four years and includes qualifying play for international teams in the year leading up. The games are played all over the globe, from Japan to South Korea to Mexico. The number of international teams have increased every tournament and have included representation from Israel, Chinese Taipei, and Australia.
The league has also played regular-season games on the international ground. There’s been games played in Havana, Mexico and Tokyo. In 2019, the Red Sox and Yankees will play a two-game series in London for the first time in history (another nod to the NFL).

Baseball has been scarred by scandals in the last 30 years from wide-spread used of performance-enhancing drugs to the work stoppage. Now the MLB has focused on giving the fans what they want: great baseball games on the even-plain field. The MLB is in a golden era with more young, marketable stars on more teams than ever more. This is the time the MLB becomes the national past-time once again.

Tequila for the Budget Connoisseur

3 Nutrition Trends You Ought To Know About

Changing of the Guard: Six Ways Baseball has Thrived Under the NFL Model