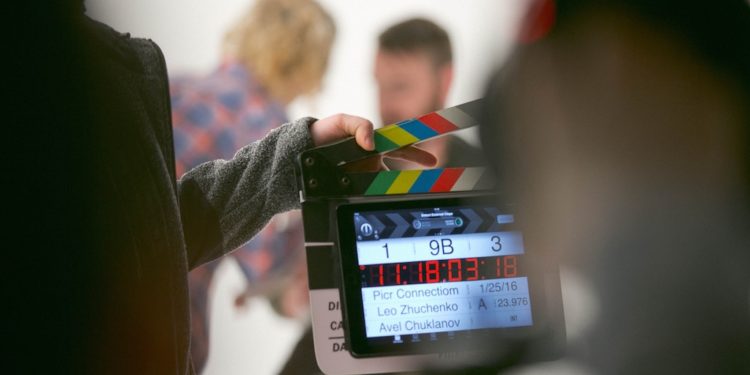 The creation of CGI was a significant contribution to the film medium, allowing for more spectacular visuals then could have ever been done before. Even with all the benefits that CGI has presented, many people still prefer the old ways of particle effects.

I can certainly understand why people prefer the practical over the computer generated. There’s a certain charm to an effect that is tangible to the audience; even bad practical effects can still entertaining to see.

Here are a few of the most famous examples of particle effects and how they were done.

The Exploding Head in Scanners 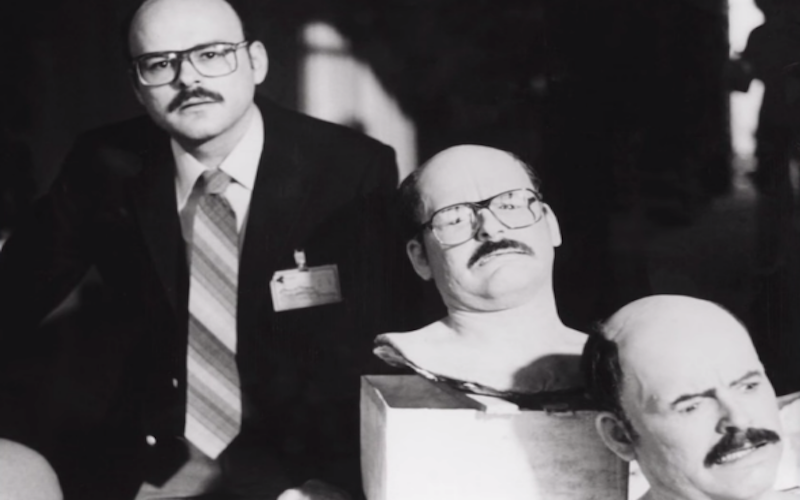 Know for his gore-filled practical effects, David kronenberg’s Scanners contains one of his most famous depictions of gore. Even if you’ve never seen the film, you’ve probably seen the effect before, as it has been shown again and again becoming a general metaphor for something mind-blowing in pop culture.

The film revolves around a group of people called scanners, who have psychokinetic powers. In the particular scene, I am referring to a scanner is talking about his abilities during a lecture and decides to demonstrate them by blowing up the moderators head with his mind.

The scene is incredibly visceral and shocking for the audience, as it’s not only gory, but the build-up to the actual explosion looks unbearably painful.

How The Effect Was Done

Several different attempts were made to make the exploding head look as real as possible, but the wax and plastic heads didn’t look convincing enough. Eventually, the team decided to take a plaster mold of the actor’s head and then proceeded to stuff it with all sorts of old meat and unused wax from the other heads to make the explosion look authentic.

When they realized the prop would make a massive mess up implosion, the special effects team built a small replica set in a warehouse and put the dummy there. The actual explosion was achieved by one of the effects artist telling everyone else to get in their cars while he sat beneath the model and fired a shotgun to the back of its head.

The Shark from Jaws 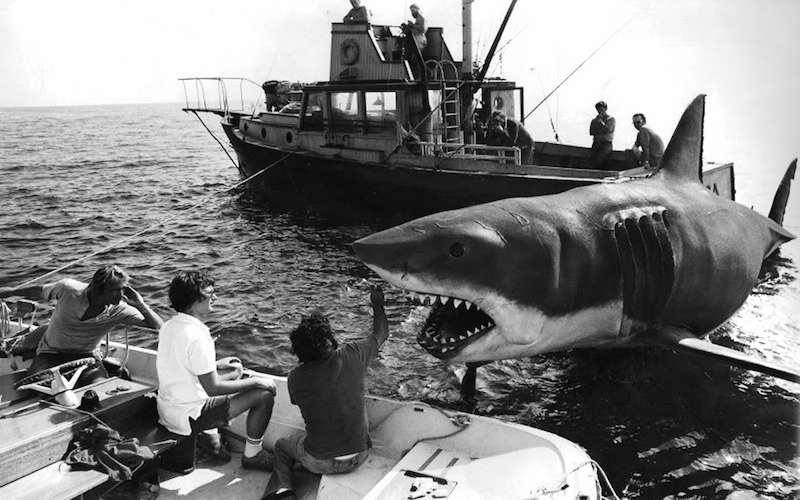 An impressive effect born from adversity, the shark, lovingly nicknamed Bruce by the crew, was supposed to be seen much more than it is in the end product. Due to constant malfunctions of the mechanical shark, the crew was forced to shoot around the technical issue and decrease the amount of time the shark is on screen.

The technical limitations of the animatronic turned out to work in the film’s favor as not seeing the shark for most of the movie added a lot more tension to each scene.

How the effect was done

There was actually three shark animatronics collectively named Bruce, all with a heavy rubber skin wrapped around a full-size robotic shark skeleton. Even though the sharks broke down constantly they were still an impressive creation for the time and showed how the full extent of what could be done with animatronics.

The problem with the animatronics was that when they were put in salt water, the electronics began malfunctioning, despite the best efforts of the creators to make the sharks waterproof. Even though the effect didn’t work as well as intended, Bruce is considered a technical marvel by special effects artist.

The Hallway fight in Inception 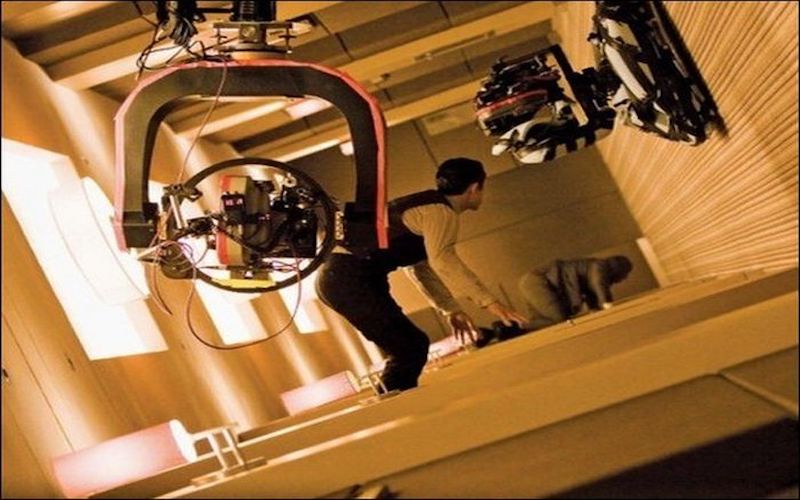 Even with the prevalence of CGI in most recent films, there are still some directors who chose to use particle effects. Christopher Nolan’s awe-inspiring but confusing Inception is one such film. Since the plot revolves around dreams, a lot of dream logic was used in the film, with one fight scene imparticular exemplifying this.

Due to a long, convoluted series of events that would talk a whole other article to explain, one of the characters finds himself in a fist fight taking place in a rotating hallway. Many are surprised to learn that the effect was entirely practical.

How the Effect was done

The effect was done by creating a hallway that was opened to a green screen on each side so that the cameras could film everything inside. Editors could then use the green screen to make the hallway appear closed off on both sides. Cables attached to large metal arches that stood over the set suspended the large hallway so that it could be turned quickly creating the effect of a rotating hallway.

Photo by Avel Chuklanov on Unsplash