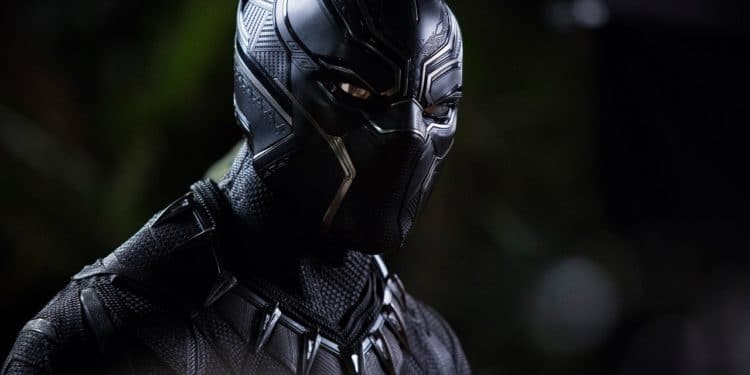 Marvel’s most recent addition to the Cinematic Universe’s superhero cast, and the latest since Captain Marvel’s (Brie Larson) reveal, has been a huge hit for the comic book company’s movie adaptations. But much like the other Marvel heroes that came first, T’Challa’s (Chadwick Boseman) debut has introduced – as well as changed – some interesting facts about the character, his crew, and their portrayal in the Marvel Cinematic Universe. Below are a few of the more prominent ones.

T’Chaka’s younger self was played by the actor’s own son.

T’Chaka, T’Challa’s father and leader of Wakanda, gets a moment to shine as his younger self in the early ’90s as the Black Panther in his prime. Atandwa Kani, who portrays the younger T’Chaka, is actually the son of John Kani, the actor who portrays the elder T’Chaka in “Captain America: Civil War” and the ancestral dream sequences in “Black Panther.”

Captain America is not the only character with a successor.

Fans may already be familiar with the fact that Steve Rogers eventually retires in the comics and his mantle as Captain America is taken up by both Bucky and Falcon. Both Bucky and Falcon feature heavily in Marvel’s current Cinematic Universe but the All-American superhero is not the only character with successors on screen.

Shuri, T’Challa’s technologically minded sister, becomes the Queen of Wakanda and takes up the mantle of Black Panther in the comics. She takes on the responsibility after T’Challa is left in a coma due to a battle with popularly known Fantastic Four villain Doctor Doom.

Black Panther first appeared in “Fantastic Four” #52 in 1966, which means he is intrinsically tied to the narratives of one of the comic book world’s most beloved superhero teams. In addition, in the comic book, T’Challa had close relationships with the X-Men in more ways than one.

T’Challa was actually married to Storm from the X-Men. The duo also stepped in to help out the Fantastic Four as part of the team in an official capacity during a situation where Reed Richards and Sue Storm decided to take a vacation away from superheroing. Due to licensing issues for Marvel’s properties and their movies, it looks like the possibility of a T’Challa and Storm romance is quite slim.

Bucky Barnes is not the original White Wolf.

Fans may notice that after he wakes up from Shuri’s care, fans may notice that the Wakandan children refer to Bucky as the White Wolf. But the title bestowed upon Bucky Barnes in the Marvel Cinematic Universe was not his to own, according to the comics.

The title of White Wolf was originally given to T’Challa’s adopted brother, a foreigner who had survived a plane crash in Wakandan territory as a child. The character’s real name was never fully revealed as he was only referred to as Hunter the White Wolf. He gained the title White Wolf after being appointed by T’Chaka as the head of Wakanda’s secret police force, the Hatut Zeraze.

The Hatut Zeraze would eventually be disbanded by T’Challa after T’Chaka’s death due to the brutal methods employed by the organization. Despite the disbandment of the Hatut Zeraze, the White Wolf remains an ally of Wakanda in the comics albeit in an anti-hero role.

Black Panther and Daredevil have a history.

After Shuri became Queen of Wakanda and took the mantle of Black Panther, she didn’t hand over the title and powers when T’Challa recovered from his coma. Daredevil – needing to recover after the events of the “Shadowland” storyline – asked T’Challa to take over guarding Hell’s Kitchen. T’Challa obliged and took on the identity of an immigrant working at a diner named Devil’s Kitchen. With “Daredevil” season 3 being the last installment of the series on Netflix in lieu of Disney and Marvel’s future plans for the franchise, fans may have the chance to see Black Panther and Daredevil working together on the screen sometime in the future.

Tips for Men without Gallbladders in Following Keto Diet