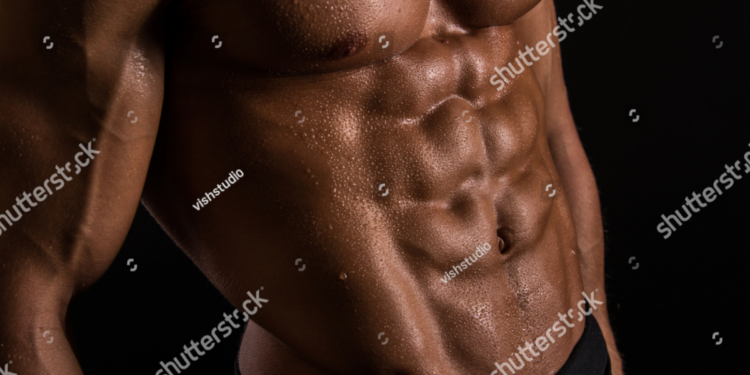 For many fitness enthusiasts, chiseled, ripped abs are the holy grail. These abs, however, are not easy to achieve.

Aside from athletes, most people have fat covering their abs. The subcutaneous fat is found near the surface of the skin, while the visceral fat is found deep within the abdominal cavity.

In general, the more fat you have, the longer it will take you to shed it and reveal six-pack abs. But is it completely achievable with just exercise or dieting? In this article, we find out.

What’s the Hype with Six-pack abs?

Although a shredded set of abdominal muscles is often viewed as the ultimate fitness goal by many gym-goers, it is no secret that getting a visible six-pack is a common goal among those who hit the gym regularly.

What Makes the six-pack visible?

The strength and appearance of your six-pack are influenced by a variety of factors. Here are 2 main aspects that could affect the visibility of a six-pack:

Subcutaneous body fat around your stomach is the biggest determinant of how visible your six-pack is. For visible six-pack abs, you need a much lower body fat percentage than is required for general health benefits.

Genetics also plays an important role in where your body fat appears, which greatly influences the specific body fat percentage at which your abs will be visible.

Your lifestyle choices, such as sleep and stress levels, also play a role in fat gain, which will impact how visible your abs are.

Are Exercise and Diet Enough for Six Pack Abs?

There is much information on the internet about diet and exercise being the most important requirements for getting abs. But we need to analyze all this before drawing conclusions.

The role of diet in fat loss is greater than that of exercise. The key to preventing weight gain is eating healthily and limiting foods that contribute to weight gain.

Additionally, you need the self-discipline to adhere to a strict workout routine, prepare food early in the morning, bring food to work, plan meals weekly, and go to bed at a regular time.

In order to achieve abs, dieting and exercise must be combined. Increasing muscle mass is also important, and this can be done through functional movement and weightlifting.

For best results, train your abdominal muscles for the entire training session on one of your training days. Hanging leg raises, planks, bicycles, Russian twists, and crunches are some exercises that build a strong core.

This is also a non-invasive method that employs the use of lasers to heat and destroy fat cells. It has the ability to penetrate the skin and stimulate the production of collagen. Thus, the skin becomes tighter, which is useful for men who would like visible abs.

Abdominal fat is the easiest to gain and the hardest to lose. It is a difficult journey to achieve visible abs. SculpSure is a great option for anyone having difficulty attaining their desired physique since it is non-invasive, easy, and safe.