Everything you Need to Know About Olympic Trampoline

Find out more about the Olympic trampoline sport. 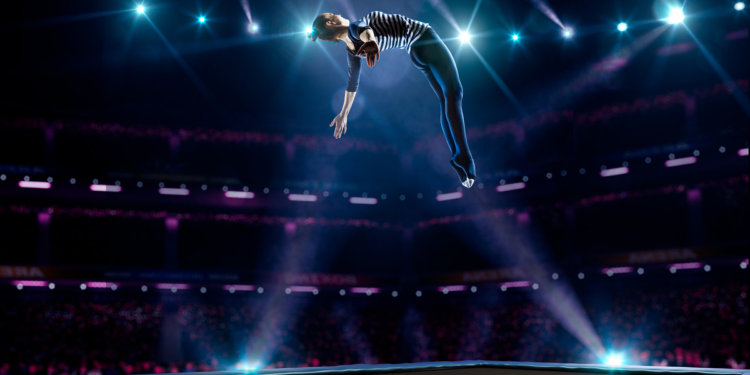 Olympic Trampoline is a sport performed in the Olympic game, where athletes bounce on the trampoline. This activity is also called trampolining or trampoline gymnastics. Various types of aerobatics are performed on the trampoline and a winner is decided in the Olympics. If you have watched recent Olympic games, in the 2020 Tokyo summer Olympics, Ivan Litvinovich was the winner under the category of Men’s Olympic Trampoline gymnastics. People enjoy watching the Olympics and they become curious to try and train some Olympic-based sports.

Olympic trampoline gymnastics are interesting to watch and incredible athletes performing and representing their country are just outstanding. Nowadays, there is more number people’s involvement in this well-known sport. This sport is different from the regular gymnastic category because the Olympic trampoline has many range of elements that the regular one. Let us check some more information about this sport.

The Olympic trampoline was not known before but it has become popular in recent times. This sport came into the picture in 1936 by Iowa University and became an established sport in 1964 due to the world championship held in London. Olympic trampoline is not only used in Olympics or gymnastics but also used in training astronauts in Nasa. However, it truly became a recognized Olympic Sport in 2000 in Sydney Olympics.

There are two types of routines that have to be followed in trampoline sport. One routine is fixed by the Olympic committees and the other one is done by the athlete’s own choice. Routines are a mixture of many moves like twists, somersaults, and trampoline jumps. Some of the basic moves are like regular gymnast moves like tuck, flip, pike, and straddle.

See also: Do Push Day Workout to Bulk Up Your Body and Get Strong Muscles

Rules and How to Do It

There are certain regulations to perform Olympic trampoline.

There is no such specific time on how much training should be there for this sport. It all depends on the individual choice. Usually, to perform in Olympics, athletes train for 6-7 hours a day and also take care of themselves by following proper nutrition and diet. The training will be under supervision by the coaching team. The athletes should go under rigorous training to become expert professionals.

The jump is quite challenging and very risky. So a high level of fitness is required to master the Olympic trampoline. You have to go through various kinds of aerobatic exercises, high jumps, and somersaults. It is a physically demanding sport, so much power energy, and focus are needed. Gymnast enthusiasts or sportspeople should do long of training to achieve their aim in this game.

Jumpsport is a well-known trampoline brand in the industry. They are expensive and come at the cost of almost $2000. The main feature is bouncing height. You can bounce at a greater height and it also ensures to give you protection. To make athletes climb comfortably, there is an overlapping section without any exposed opening. There is a safety pad and backup system o make sure that athletes are on the safer side while they bounce on the mat. Before buying any kind of trampolines, make sure that you read their manual instructions and seek advice from an athlete or a supervisor.

Explore Varieties of Smoothie King Menu and Improve Your Fitness

Buy the Best Cocktail Shaker and Enjoy Its Benefits

How To Do Hanging Leg Raises To Increase Functional Strength

Enjoy a Horse Riding Experience At Least Once in Your Lifetime