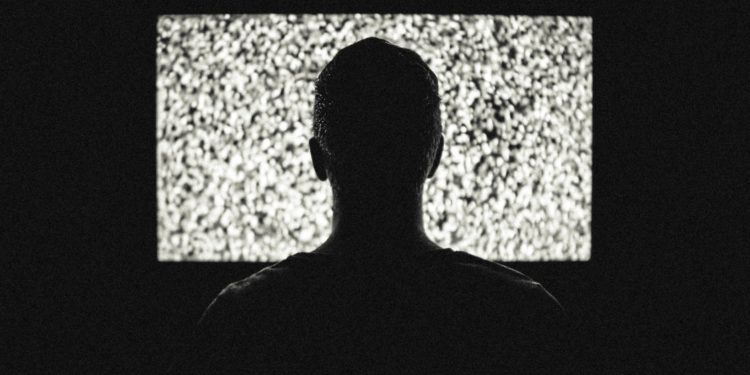 There’s one thing is certain: this is the era of binge-watching television. Today’s slew of streaming services is providing many indie artists with outlets and creative freedom. The big three — Netflix, Amazon Prime, and Hulu — have ushered in a new level of television.
The one negative, however, is that they may be too much to watch. The rapid influx of new shows have made the viewer indecisive more prevalent. For instance, Netflix alone spends nearly $8 billion on original programming, ranging in reality to narrative shows. Nevertheless, if you are struggling to find the next show, then look no further. Here’s 7 shows that you need to binge right now.

Still searching for the next Breaking Bad? Well then look no further than “Sneaky Pete” created by Bryan Cranston. The show’s first two seasons have the same dramatic elements of Breaking Bad’s initial years, as they follows conman Marius Josipovic (Giovanni Ribisi) after he’s released from prison and adopts the identity of his cellmate, Pete Murphy (Ethan Embry), as a way of hiding from those in his previous life. In the first season of the Amazon show, Pete is hiding from a former gangster that he once robbed. The second season focuses on Marius and the real Pete Murphy as they aid Pete’s con artist mother on robbing the Ukrainian mob. The show has a little bit of everything: character duality, family drama and surprising twists.

Another Amazon Prime show that has entered its fourth season. The police procedural drama (based on the novel series by Michael Connelly) follows LAPD detective Harry Bosch (Titus Welliver). The heart of the storyline is Bosch’s uncharacteristic and unorthodox detective approach. Those are two main reasons why Bosch a such compelling character. Each season is a separate adaption of Connolly’s book. The critical acclaimed has been growing for years now as its been considered a modern-day version of “The Wire”. The New York Times said that Bosch “proves gripping” because of the “plotting and pacing [that] draw you in like a page turning.” The Washington Post said Welliver’s performance is “nicely out of smirks and smolders and is unvarnished.”

All the hype on HBO’s comedy show in Silicon Valley. But “Crashing” is a Judd Apatow-produced show that is centered around Pete Holmes struggles and failures in the New York City comedy scene. Holmes (as himself) wrote, produced and stars in the show, which finished its second season. “Crashing” is a fictional version of Holmes. He is forced to leave his house after he caught his wife cheating on him. That eventually leads Holmes to spend each episode (sometimes two) at a different comedian’s apartment. There’s guest appearances from a long list of A-list comedians such as Artie Lange, T.J. Miller, Hannibal Buress, Dave Attell, Bill Burr, Gilbert Gottfreid and Whitney Cummings.

It’s a been a long time since there’s been a legitimate Western show — or film — worth watching, but “Godless” is definitely worthy your time. The Netflix show is set in 1880s New Mexico and centers around outlaw Frank Griffin (Jeff Daniels). He and his gang are on a mission to get revenge on Roy Goode (Jack O’Connell). Griffin and Goode were very close at one point before Goode brutally betrayed the friendship. This forces Roy to go on the run and seeks refuge with tough-as-nails widow Alice Fletcher (Michelle Dockery). Fletcher and Dockery are found by Griffin and ultimately go all out to defend the small town.

The novel of the same name by Margaret Atwood made a profound impact on society back in 1985. The Hulu version may be even more powerful. The plot of the series is set in a dystopian future after the Second American Civil War. The new society exploits women and force them into child-bearing servitude. The series tells the story of Offred (Elisabeth Moss) after she is enslaved as a handmaid. The second season promises to depict the handmaid’s revolt. The show has received a bounty of critical-acclaimed. The first season won eight Primetime Emmy Awards with Moss as the show’s standout.

With the success of “Ready Player One”, this is one show that has clearly been overlooked. The Hulu comedy follows an underachieving janitor and gamer Josh Futterman (Josh Hutcherson) when he is called upon to save the world by his two favorite characters from his favorite video game, “Biotic Wars”. The satirical show has elements of Back of the Future and Terminator and is produced and developed by Seth Rogen and Evan Goldberg. It creates such a unique take on the genre that you’d be silly to ignore.

The Marvel Cinematic Universe has begun to take over the small screen little by little. Netflix has already had Daredevil, Jessica Jones, Luke Cage, and Iron Fist, then the four of them came together for the show “The Defenders”. Bet you didn’t know that the show you should be watching is FX’s “Legion’. The show is based on Marvel Comics superhero Legion/David Haller (Dan Stevens). Haller is a mutant that is diagnosed with schizophrenia at a young age. The first season follows Haller as he is saved from a the Summerland mental facility by a band of mutants. The first season Haller shows how Haller’s head is infected by parasitic mutant Amahl Farouk/Shadow King (Jermaine Clement). The show won over viewers for its decision of style and narrative. Showrunner Noah Hawley intended to depict Haller as an “unreliable narrator”, and the show pulls that off wonderfuly. He infused 1960s design with modern-day elements to distort the reality that is seen by our hero.

This is really just the tip of the iceberg, there are so many options out there it’ll make your head spin. Binge all you want, but be responsible and only watch the good stuff. Honestly, there’s just as much schlock out there these days.

PSA: Don’t Shave off Your Beard This Year