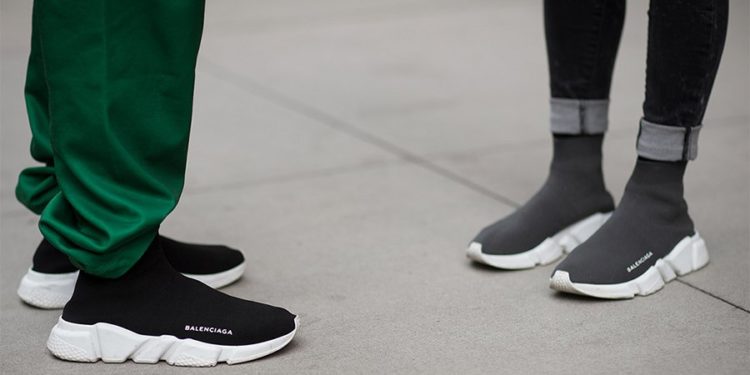 Sneakers have always been the best option for dressing down an outfit, sending a message to the world that you’re casual while the rest of your outfit purports how serious and professional you can be, setting you squarely in the business casual sector of style. There was a time where New Balance and Reeboks were considered “dad sneakers”, with big goofy soles, comfort being the main selling point, when we all know that fashion has nothing to do with comfort. Not so much anymore.

The newest and strongest trend in sneakers has been big rubber soles that draw all the attention away from the rest of the shoe, inviting the eye to take a look at the part of the equipment that is meeting the pavement. Where did this trend come from? Why are we seeing it proliferate in the tried and true brands we’re already familiar with like Nike, Reebok, New Balance and Adidas? This calls for us to analyze ‘trends’ themselves.

Not So Humble Beginnings

How do trends begin? By my observations, the answer it staggeringly simple, in that most trends begin in utility. In 2012, Nike introduced the Flyknit, a sneaker that featured a simple mostly cotton and nylon base, essentially a sock with a rubber sole. Due to the light and simple nature of the top of the shoe, visually, the eye was drawn to the sole; the only rigid part of the sneaker. This was a major breakthrough for Nike, they had created a nearly seamless, extremely comfortable, but most importantly, cheaper model of shoe that functioned exactly as intended.

In an interview with Complex, Viktor Ekblom, stylist at Tres Bien in Sweden weighed in on the popularity of the Flyknit “I think that Nike realized the potential of the style outside of the sports arenas pretty quickly and started to focus resources in that direction.” 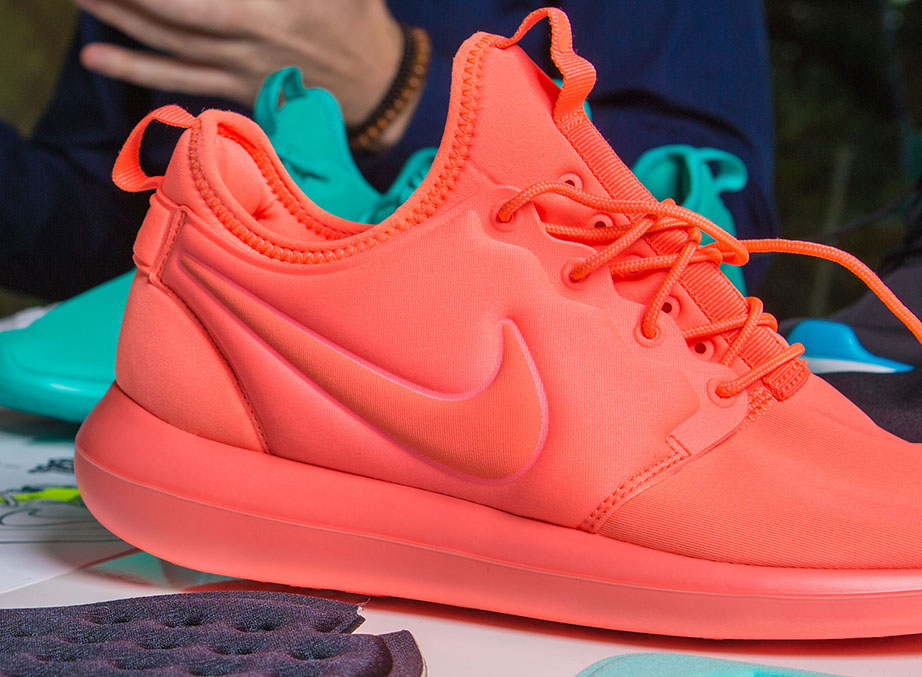 Nike then released the Roshe a shoe that doubled down on the plush top and thick bottom style. Adidas followed up the next year by coming out with their own Primeknit technology (not to be confused with the Flynit) and collaborating with brilliant Japanese designer Yohji Yamamoto, came the Y-3 Qasa. After the release of this new collab, it was over, the birth of the fabulous thick soled shoe had begun.

Adidas doubled down on the trend, overwhelming Nike in sheer number of designs over the past few years. It’s most popular sneakers have been in their Primeknit series, including the NMD and the Tubular, followed by yet another collaboration with Kanye West on the Yeezy 350’s. These types of shoes showed a spark in the market by growing 220 percent from the first quarter of 2017.

Then Balenciaga opened the floodgates with the ridiculous yet somehow extremely charming Triple S sneaker, one I’m sure you’ve seen around in one way or another, a shoe that your grandfather probably wore to run errands around town except it costs over $600, comes pre-worn and is near impossible to get. Why did this happen? Another answer that’s astonishingly simple under any kind of scrutiny; Nostalgia. 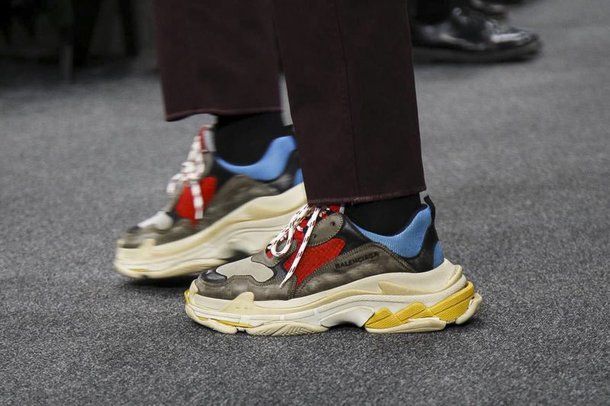 The second you see these shoes, you remember a family member wearing them. They remind you of the shoes you never paid attention to in old 80s movies or that your parents or weird uncle might wear whenever you all went out. They’re shoes that haven’t been fashionable or paid any attention in years, yet the minute you see them, something about them says probably appeals to you. Balenciaga isn’t alone, Dior Homme, Louis Vitton and Prada are breaking onto the scene with competitively thick soled sneakers with the B22, Archlight, and Cloudbust respectively. Each of them feature a sort of parody of their athletic sneaker origins, not one of them under $600.

The look is not longer about utility, but rather about memory. The trend, like any trend, has become about what the look evokes in you when you see it or wear it, as it’s likely to bring up a range of feelings depending on the viewer. Like the look but don’t want to spend anywhere near this sort of money on sneakers? Don’t fret, the style is such a smash hit, that you’ll see just about every major shoe company adopting some form of the chunky soled sneaker.

As I mentioned before, the trend originating in sports brands, has come full circle with Nike, Adidas, and New Balance creating their own versions of the less functional but suddenly ridiculously fashionable thick-soled shoes are available at much lower prices. But hey, if you’re really looking for a cheap alternative to that $600 plus look, and aren’t interested in sports brands, there’s always Zara.