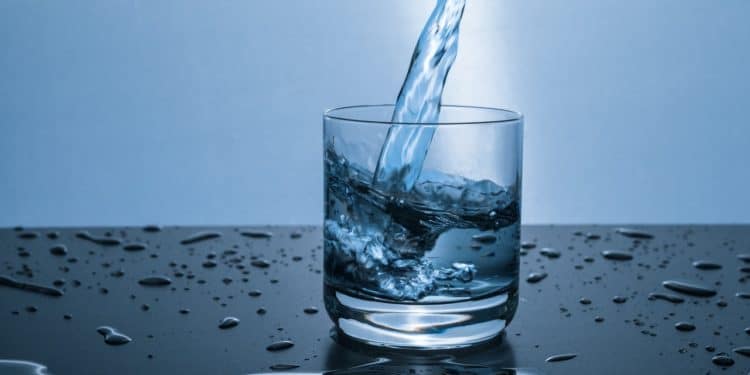 Water is one of the basic needs for proper nutrition. Therefore, it is essential to be sure that one is receiving the proper amount. Most people have been told to drink eight cups of water per day. But is that really how much one should be drinking?

There are actually a variety of factors which influence the ideal amount of water one should be drinking per day. One of them is gender. On average, men require more water daily than women.

According to a study published by the US Army Research Institute of Environmental Science in 2005, another factor of the amount of water needed daily is the amount of physical activity.

A man who doesn’t do much exercise throughout the day and has a sedentary job doesn’t need to drink as much as a moderately active adult male (2.5 L and 3.2 L daily, respectively.) Of course, the amount increases depending on how much physical activity is done.

The same research showed that other factors included are temperature and age. While most infants receive the proper daily amount of water necessary through maternal lactation, children need more water as they age.

However, after age eighteen, the increase of the amount of daily water needed begins to level out.

Inhabitants of warmer environments need more water than those in cooler climates. This also goes for people who are spending time in areas indoors with warm temperatures.

Given the above information, the rule of drinking eight cups of water a day shatters.

About twenty percent of the average person’s water actually comes from food. The other eighty percent comes from the fluids he chooses to drink. There are many options aside from water which could serve as worthy substitutes.

Caffeinated drinks such as coffee and tea could serve as substitutes for water. Another option would be milk since it contains a lot of water.

Although many people turn to soda as an option, this ought to be avoided, ideally. Soda contains high amounts of sugar, and the amount of caffeine could lead to addictive behaviors with soda, thus resulting in an ample amount of consumption of sugar in the end.

Juices also contain a lot of water, although those who are cautious about sugar should minimize their intake of juice. They could also do well by not adding too much sugar to their tea and coffee.

Whether one spends hours hiking in the woods, or walks to work in the town, or commutes through public transportation in the city, one could consider carrying a bottle of water, or at least a stainless steel water bottle.

In case one ends up somewhere unplanned, for example, going for a walk after work or having to attend an unannounced meeting, there isn’t always a guarantee that there will be a source of water nearby. Carrying a stainless steel water bottle in one’s backpack could prevent dehydration.

Not only does this prevent spending money on more plastic water bottles, but one could always refill a stainless steel water bottle with filtered water from home. It also wastes less plastic.

A sedentary fourteen-year-old male in Florida probably shouldn’t be expected to drink the same amount of water that a forty-year-old woman in Minnesota who runs marathons drinks.

One should take into consideration which variables he falls under in order to determine the right amount of water he should be drinking per day. If one regularly drinks three cups of water along with two to three cups of coffee per day, that pattern should change should he decide to start jogging the next week.

The best advice the writer would give concerning this issue: drink water when thirsty. This seems to be the best indicator when it comes to knowing when or how much water to drink.

Water intoxication is rare, although if the reader thinks he is experiencing signs of this or dehydration and doesn’t feel the need to drink water, he should consult his doctor.

And, as a recommendation, he could always carry a stainless steel water bottle wherever he travels to ensure he has access to this vital nutrient.