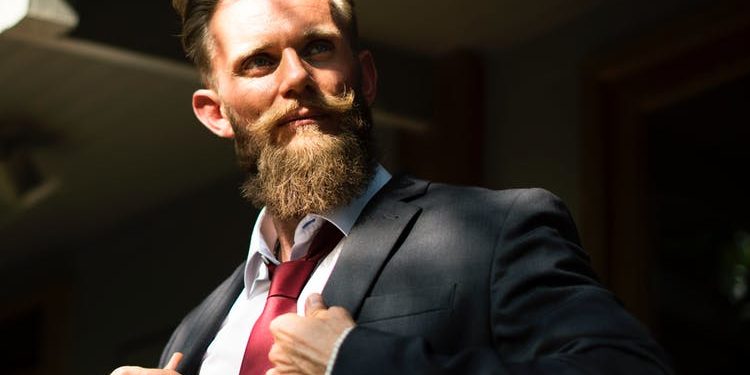 When it comes to impressing the ladies, being an alpha man is the way to go. But it takes a lot more than puffing out your chest and giving orders.

You’ll have to figure out how to master the fine balance between coming off too strong and being a confidant, alpha man. If you do it incorrectly, you’re more than likely going to show women a side they really don’t want.

What is an alpha man?

If you’re a little confused on what qualities this type of man exudes, it can be explained simply. An alpha man is the type of guy who is confident and in charge without becoming an arrogant person. Basically, he’s the alpha, the head of the pack.

People listen to him and want to be around him. As you can imagine, this can be really sexy to women. There’s a certain allure alpha men have that others don’t and women are really drawn to it.

If you want to get all the ladies, it’s time you learn how to be an alpha man

Forget everything you think you know about becoming this type of man. Chances are, you’ve been misinformed and that could explain why you’re having trouble getting the ladies. These are the tips that’ll make you the alpha man women want to be with.

This is the number one thing that differentiates an alpha man from some random guy on the street. The level of confidence you must have is something you probably never imagined. The truth is, alpha men know how great they are and they’re not afraid to appreciate that in themselves.

Now, this doesn’t give you permission to think you’re better than everyone and become a cocky asshole. Nobody likes that.

Confidence is more about being comfortable in your skin. It’s knowing what you have to offer and showing everyone else that, too. If you’re not quite that comfortable with yourself, practice. Gain some confidence by hitting the gym, learning to embrace your flaws and faking it ‘til you make it.

There’s nothing worse than an arrogant person who thinks they’re always right. Nobody is always right. There will be times when even you, an alpha man, are wrong. Knowing how to admit when you’re wrong graciously is part of being an alpha man.

Nobody will listen or follow a person who always argues their point no matter how wrong they know they are. This is really irritating and, quite frankly, no woman is going to want to be with someone like that. If you just acknowledge when someone else is right, it’ll go a long way in giving you that alpha status.

Another major way you can become an alpha man is through respecting people. Not just people you like, everyone. No matter who they are, what they do or how they differ from you, respecting them is what will make you an alpha man.

Otherwise, you’ll just be showing the world and women everywhere that you can’t handle people you disagree with. You don’t have to get along or even know someone very well in order to give them your respect. That type of behavior is not only mature, it’s also very attractive to women.

4.Speak up for yourself

You already know you should be confident but a deeper layer of that is speaking up for yourself. This isn’t just to say you need to make your voice be heard more but rather, you need to let people know your ideas are good ones. Nobody can follow and listen to you if you shy away in a corner somewhere.

In order to be an alpha man, you have to say something. If you have a great idea for a presentation at work, speak up. If you think a coworker’s idea isn’t the best for the company, speak up. Have your voice be heard so others can actually follow you.

5.Do stuff that scares you

Men who end up becoming an alpha man don’t just get there by playing it safe. It’s all about taking risks and doing stuff that scares you. Without doing this, you’ll never make use of the opportunities that land in your path.

Being brave and doing stuff even though it scares you is also really sexy to women. Women see that attitude of yours and they want a piece of it. They want to be involved with that bravery and quite honestly, they see the alpha man in the guys who do this.

Being an alpha man has way more to do with your attitude and how you carry yourself than what you look like. Follow these tips and you’ll be leading the packs and picking up all the women in no time.