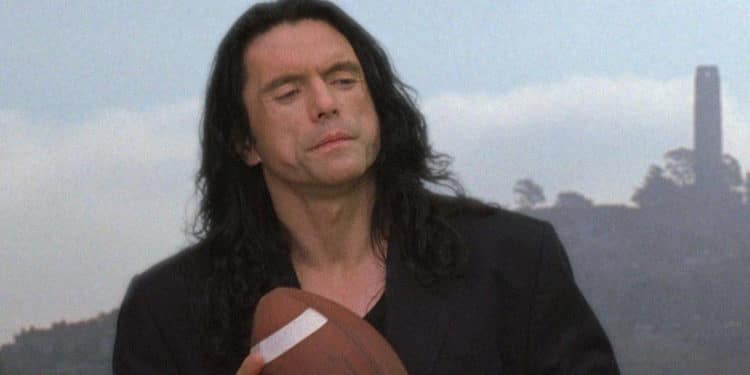 Since it’s creation from the strange mind of writer/ director/ star Tommy Wiseau The Room has been the pinnacle of the so bad it’s a good genre, with fans watching and quoting the film any chance they get.

While the movie is beloved by its fans, none of them can accurately explain why they like The Room so much. There are thousands of poorly made films out there that only seem to frustrate audiences rather than make them laugh. Then there are other movies which attempt to capitalize on the inexplicable success of Wiseau’s opus by creating a film that’s intentionally bad, Sharknado and its sequels are one of the primary offenders of this.

Again these deliberately bad movies don’t seem to hit the same cord as The Room since audiences see right through the attempt at incompetence.
The question of why The Room is so popular and why its nearly impossible to recreate its success has been racking the brains of many film aficionados. One reason could be that the film captures our morbid curiosity the same way a car wreck does. We don’t want to look at the horrifying mess, but we can’t help but rubberneck as we pass by.

As to the question of why it can’t be recreated, its because there is a certain genuineness to the movie that a studio looking for a quick cash-in can’t replicate. Wiseau didn’t set out to make a bad film; he thought he was going to make the next blockbuster hit and failed spectacularly.

So, that leads to the most prominent question about the film, is The Room a success. The obvious answer is, of course, no. The film is shot, the acting is awful, and the script is unintelligible, overall it’s just a mess.

In a society where our standards for what makes a good movie has increased and the phrase “everyone’s a critic” has never been truer, everyone seems to love The Room despite its flaws. While The Room gets constant play and everyone talks about it, several films are brilliantly made, but people don’t talk about them as much.

Take for example the Terrence Malick movie Tree of Life, which received rave reviews from critics, but audiences mostly ignored. Tree of life received praise for being a deep story with many beautiful visuals, which held a deeper meaning for the story, but the audiences said the movie was too confusing and hard to follow.

So, while the artistic movie made by a filmmaker who many people think is a genius is almost always overlooked by people who would rather watch a film by an incompetent first-time director.

The Room is the more popular of the two films for a straightforward reason; it’s more entertaining. There is a lot of different criteria we can look at to determine If a movie works or not, how much money it makes, what critics think, what audiences think, and so on.

To understand why The Room works we have to look at what the point of movies are. When you get right down to it the primary function of films in society are to entertain people, give them a little escapism and relief from their everyday lives.

Many films have surpassed this fundamental goal, take the previously mentioned Tree of Life, for example, becoming something that makes audiences think just as much as it entertains. The films that are more than just entertainment are the ones that, more often than not, receive more praise and recognition than a movie that’s just entertaining.

However, if we agree that the primary goal of the film is to entertain than any movie that audiences find enjoyment in is a success. The Room indeed is an entertaining film, and following the logic stated before, The Room is a successful movie.