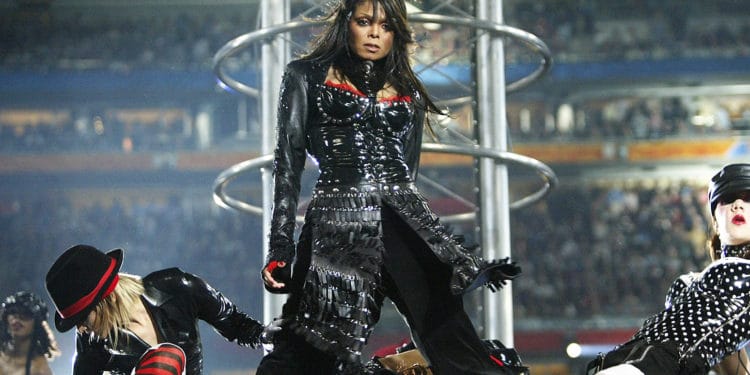 Back at the ‘04 Superbowl, Janet Jackson and Justin Timberlake shook the world with their halftime performance. But with a tragic wardrobe malfunction, a career was ceased. Timberlake ripped off Jackson’s chest piece revealing her breast. From that moment, the pop legend descended on the blacklist while the newcomer rose to glory.

24 hours after the event (receiving over 500,000 complaints, CBS fined 550,000 dollars, and sponsors seeking 10 million dollar refund from NFL), Jackson apologized for the incident. Interviewed by Oprah two years later, Jackson regretted the apology as it was an accident and not her fault. She said, “ all the emphasis was put on me; as opposed to us.”

First off, Timberlake should’ve apologized because he was the enabler; and second, it’s a friggin nipple! We (most) all have them. They are part of human anatomy. Why was (is) society up and arms about it, but don’t enrage when turning on the nightly news to see innocent people blown up in mindless war!

America’s reaction proved the double standard women face against men; especially Black women. Reverse the roles, and the controversy’s fruition would revolve around Timberlake’s sex symbol status. Since that night, Jackson has not had a top ten hit on the charts. Timberlake has 11. However, after his performance, Jackson’s songs received 150 percent increase of streams on Spotify.

In today’s political climate, Janet Jackson is truly a “nasty woman.” Throughout her career, she strides on shattering boundaries. Her videos are groundbreaking content filled with extravagant, strenuous, and badass choreography; and her hits are bangers. With profound praise and recognition, a comeback by Janet Jackson is presumed shortly.

Nine minutes into his halftime set, Timberlake sat at a piano covering Prince’s classic “I Would Die 4 U”. Contrary to previous statements denying a hologram of Prince, a projection of the late singer accompanied Timberlake. Rumors swept the internet of a Prince hologram before the event. Sheila E., Prince’s longtime collaborator, and ex-fiance denied the theatrical device. However, Timberlake went against the icon’s wishes of not being digitized. The tribute upset many on twitter especially Shahem. (@pettyblackboy) Said “[Prince] stated in interviews before he died NOT to do this… White people can’t help but disrespect Black artistry.” 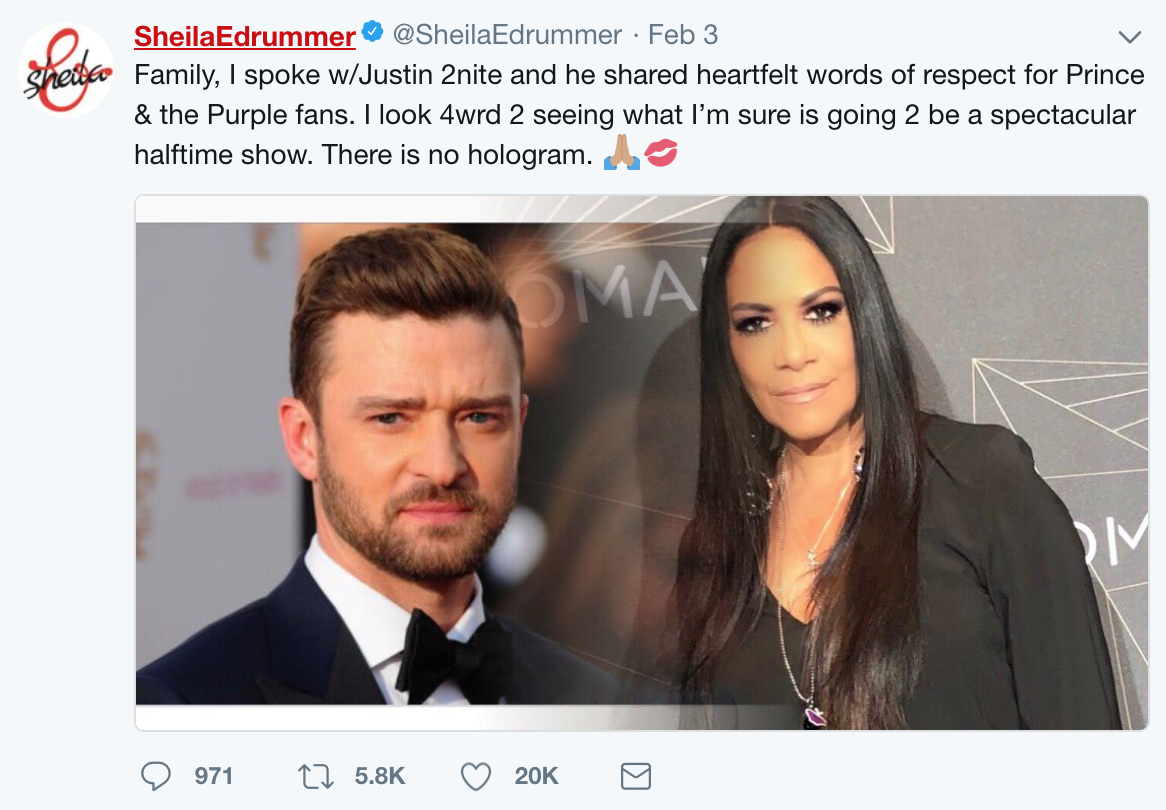 The victor of the 2018 Super Bowl was the Philadelphia Eagles (41) against the New England Patriots (33). Back in Philly, riots filled the streets. Fans knocked over street signs, some charged vehicles to flip them over; among other rambunctious activity defacing and vandalizing public property. Ironically, it was in the name of celebration. What justifies the ridiculous actions by the Eagles (and every sports team) fans? Usually, after a win, you get hammered with your friends, munch on pizza bites, dance around like fools, and stumble into work the next morning with a regretful hangover. 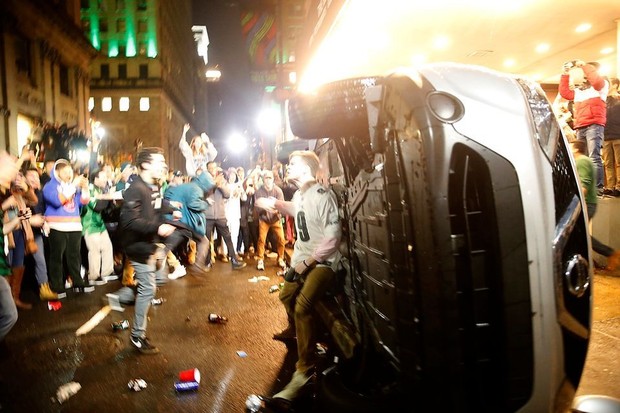 Now, in the past few years, Black Americans have taken to the streets to stand up for fundamental human rights. They are met with police brutality and dehumanization under the current administration. Referring to the disarray in Philly, David Dennis, Jr. tweeted “Shout out to all the brothers and sisters in Ferguson who got tear gassed for walking down the street after police murdered Mike Brown.”

The white fans in Philly, on the other hand, are portrayed as heroic citizens of this country. Give me a fucking break. These are the people who cause danger and chaos to society. After ingesting a three-hour bloodlust of athletes tearing into each other, barbaric instincts take over as they destroy everything around them. While women are told to deal with it and the TLGBQA accused of forcing their “lifestyle” onto others, the white hetero community just wanna have fun with “the bros, dude!”

Janet Jackson’s career flopped over a malfunction, not in her control, Prince was deceived after his death, and white people continue to get away with crimes as Black people continue to resist the injustices of America. If your argument is “it’s a game, leave politics out of it!” then you are immune to the issues because they don’t affect you. And, the Super Bowl is a highly broadcasted show communicated across the world. It is a place to platform politics because that is how a democracy works and survives.

Why you Should Consider LGBT Therapy

How Can Vegans Get Sufficient Vitamin B12?