Having a fit physique has become easier, thanks in part to social media. 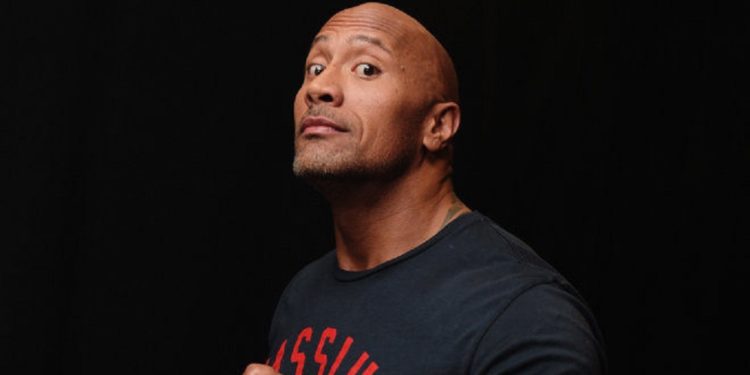 Social media has become a major contributor to the increased awareness of health and wellness. Famous celebrities have also helped encourage the average Joe to get out there and work hard to achieve his body goals.

Being healthy and fit does not necessarily mean going to the gym every single day or having bland meals. In fact, there are endless ways to have a good workout without going to your local fitness centers. And maintaining a desirable body does not mean sacrificing your taste buds. A lot of meal plans have been developed for health purposes and your taste buds will still thank you for them.

The truth is that for a lot of people, there should be some kind of inspiration for you to get going. A lot of women are conscious of how they look, and so are men. A lot of them have social media accounts and post some of their killer workouts that you can follow. For these men, it’s more than just working out to achieve beastly bodies – it’s also a way to inspire people to get on the fitness bandwagon.

If you are a guy who wants to have those big muscles, you can check out these male fitness influencers to help you get started with your fitness journey.

It ain’t pretty, no glossy polish or fake camera set ups. It’s hard work or get the f*ck outta my gym. Wrapped our #ProjectRock BEND BOUNDARIES COLLECTION commercial shoot for @underarmour. As with all of our @underarmour spots that’s created by our Seven Bucks advertising company, @sevenbuckscr — I want to disrupt the traditional method of marketing that’s always presented and create something new, different, raw, uncut and directly from my DNA. No fancy gym set ups, no fancy camera tricks and quick cutaways. At the end of the day, it’ll always come down to me putting every single piece of gear to the test personally before I deliver it to you. Real, raw and authentic. As always, THANK YOU for making #ProjectRock, @underarmour’s #1 seller. I’m nice, but when it comes to my business I don’t play nice. Ever. #ProjectRock #UnderArmour #BendBoundariesCollection SPRING 2019

Dwayne Johnson was known in the wrestling world as The Rock and will always be known as such even if he has already retired as a wrestler. He has since starred in countless box-office hit movies and has also maintained his beastly physique. He has an Instagram account on which he shares his killer workouts, meal plans, and his family life with his 123 million followers.

Don Saladino is the guy behind the amazing body transformations of some of Hollywood A-listers, including Ryan Reynolds, Blake Lively, and many others. He is currently based in New York and regularly shares workout routines that have helped celebrities achieve their superhero bodies.

Sam Asghari may be more popularly known as Britney Spears’ boyfriend, but he is set to make a name for himself. He is a fitness junkie who regularly posts his and her singer beau’s workout routines to inspire his hundreds of thousands of followers. You may also see him on the big screen soon.

195kg/429lbs and still staying sharp with the help of @kingbrosclothiers 😎

This larger-than-life guy is known as “Game of Throne’s” The Mountain and is currently the “World’s Strongest Man”. He’s so strong he can lift thousand-pound weights and drink liquid chicken shakes. The latter may seem unpleasant, but seeing this big guy lift in his videos may help you get started.

As always, couldn’t do it without these two by my side. Looking forward to a fluffy season and some down time before gearing up for the Open. #HWPO – #gamesbound #dubai #crossfit @okeefmr @sammymoniz @dxbfitnesschamp @crossfitgames 📸 @marzmedia

Mathew Fraser won the Reebok CrossFit Games in two consecutive years (2016 and 2017). He is a fitness junkie who regularly shares his workouts with his 1.4 million followers.

I LOVE WHAT I DO and while it’s not fun leaving my family, knowing that I get to spend time my @beachbody family and all of my #fitfam when I’m away, makes it a lot easier to keep Transforming! #transform20 #life #love #family #shauntlife

He is the guy behind the Insanity workout. He regularly shares his workout tips, inspiring before-and-after photos of his clients, and motivational quotes with his more than 830,000 Instagram followers.

He may not be as buff as The Rock and Thor Björnsson, but he’s definitely got a fit body other guys out there would love to have. His workouts and protein-and-veggie-laden meals mostly fill his Instagram feed.

Gunnar Peterson is a celebrity fitness trainer and has already worked with the likes of Khloe Kardashian, J-Lo, Amber Heard, and a number of professional athletes. Check out his Instagram account and see all of his hard work.

He may be a funny man on stage, but he is serious when it comes to bodybuilding and fitness. He even has an Arnold Champion Bodybuilder under his belt. Despite his Hulk-like physique, he has since aimed to inspire adults and kids alike to get fit.

The new year stands before us, like a chapter in a book, waiting to be written. We are all authors of our own story. So it’s up to us to make 2019 our best year yet.

This former college football player turned fitness inspiration has made a name for himself in the world of fitness. He has his own product line and is currently training for Mr. Olympia. Aside from good looks, his workout routines and photos of his hard work (literally and figuratively) will inspire you.

These male fitness influencers will surely motivate you to get up and work hard to reach your ultimate health and body goals.

Yes, Men Can Have Yeast Infections, Too

How DC’s ‘Titans’ Turned Itself Around