If you like surprises, "Russian Doll" is perfect. Definitely not a show your turn on, tune in, and drop out to 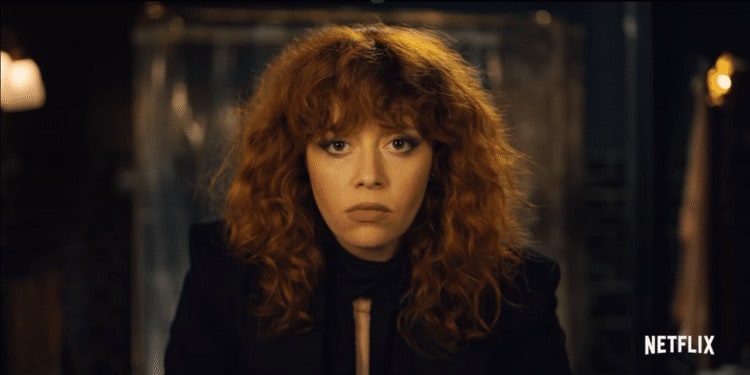 Netflix’s February débutante created by Natasha Lyonne, Amy Poehler, and Leslye Headland has been luring unsuspecting viewers with its quirky trailer ever since it got released when the month started. But if you’ve yet to check out Netflix’s latest expectation-defying show, you might be missing out on some of the best programming of early 2019.

We already took a look at “Russian Doll” when we did last week’s Netflix weekly wrap-up and we’re glad to be able to dive deeper with a more elaborate review. “Russian Doll” is a show that demands your attention – to its existence, as well as for its enjoyment – and we’ve laid out the reasons why it deserves yours.

It’s greater than the sum of its parts

“Russian Doll” is a comedy as much as it’s a psychological thriller, an amateur detective story, a family drama, and a love story – definitely a jumble of genres that can confuse those not ready for where the show wants to take its audience. Much like the series itself, “Russian Doll’s” characters are also varied in their portrayal, ensuring that there’s someone in the cast that’s bound to push one of your buttons.

Nadia Vulvukov is not a likable person and Natasha Lyonne nails the unappealing lifestyle and personality of a middle-aged and ripe cynic with a wounded child at her core. For her co-star, Charlie Barnett’s Alan Zaveri – much like “The Good Place’s” Chidi Anagonye, played by William Jackson Harper – is not a person that can be considered good due to his rigidity and despite his meekness.

If you came into the series wanting likable characters, a variety of scenic locations, and a straight-up “yar har har” comedy, you will be disappointed. Because for “Russian Doll” to drive home its message, it needs these broken pieces of characters and scenes – all the good and the ugly – to be able to create the mesmerizing tale of redemption that it is.

It makes you fall in love with the story

At its core, “Russian Doll” is a show that knows its story is the centerpiece of its existence. It uses the disparate elements mentioned above to tell its story about forgiveness. Not of others, but for the self – and the role that other people play a part in it.

It’s about toxicity and no matter how much you deny its existence in your life, how it will eventually leak and create layers of complications for you, and anyone who breathes the same air as you. It’s also about defeating that toxicity in your life through connections – with the help of other people even if they may not necessarily share your pain.

It can be argued that “Russian Doll” tackles a common message about human connection, but it doesn’t use the usual saccharine routes to propel its plot. It doesn’t resort to cheesy and emotionally manipulative stock tragedies and likable characters, which makes it stand out narratively from more comparatively formulaic feel-good stories.

It’s a joy to unpack

“Russian Doll’s” late-game twist doesn’t come out of nowhere – clues are interspersed throughout the episodes and are slowly unveiled as the show progresses. The fact that it doesn’t stick to its comedic pitch means that attentive viewers are rewarded by being given the chance to ask more questions while the answers are just around the corner – not hidden deep two to three seasons down the road.

There are moments while watching when you are left trying to deduce whether the problems that Nadia and Alan are encountering are because of some diabolic punishment or some fancy soft sci-fi mumbo about them living in a simulation. But just as often as you’re contemplating the puzzle of “Russian Doll,” you get to understand more about just how damaged the show’s protagonists are deep inside.

It leaves you wanting more

Like the empty wastelands of “Mad Max,” the cramped, bohemian quarters of Nadia’s haunts let you know that there’s so much more to the world that the “Russian Doll” has shown you. Eight half-hour episodes may not seem like a lot of airtime for a show to create the feeling that a universe is behind the story, but “Russian Doll” wraps up its first season’s story quite nicely while leaving you wanting to know more about what made the story possible.

While some might hate the ambiguously symbolic ending (here be direct spoilers) that the first season has, it does directly answer the question about whether Nadia and Alan successfully navigate the time loop, or how they finally get to grips with their own psychological wounds. What “Russian Doll” leaves to its viewers – much like the self-contained nature of each season of “True Detective” – is the desire for another story that can grip just as much as Nadia and Alan’s unbelievable experience.

A Definitive Guide to Wearing Jeans

What Is Dal Rice, and How Can It Help You Lose Weight?