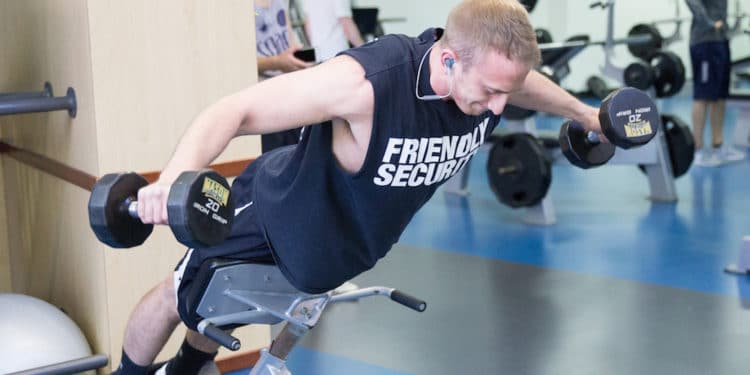 Currently, I find myself in between workout programs at the gym giving me a much-needed vacation from hitting the stacks and devouring protein shakes.

It does not, however, give me the excuse to abstain from all forms of exercise as I find myself more eager than ever to strap on my New Balances and throw my legs in motion.

As much as I despise it at times, I’ve struggled to think of a single negative experience I’ve had while out running. Mind you; I am no professional, just an enthusiast who hopes his words may help you as you begin your cardio quest. (Notice my use of the word “begin” here.

Should you find yourself already enveloped in the running game, this simply isn’t for you my friend).

Have a purpose. Are you trying to get healthier? Is there a company 5k you have your eyes on? Need a new way to pass the time between Game of Thrones episodes?

Whatever the reason for you getting your heart rate elevated, own it. Personally, I just know that if I can’t lift in the gym or be on a treadmill, I need to hit the pavement.

Maybe Forest Gump just picked up the habit and didn’t quit until the Fleetwood Mac music stopped, but without reason for the run, it can be hard to stay motivated to keep going.

Tell your friends you are going to start running habitually and ask them to check in to see if you did.

If you are just picking it up for the first time try running for time, not distance. Take your phone or smart watch and time how long you can keep a steady pace.

That computerized wristband not for you/the idea of opening up the stopwatch app cringe worthy (for whatever reason)?

Use a playlist, see how many songs you can sweat it out for. Oh and please stretch. Rolling an ankle or straining a calf would be far from ideal.

Perform arm circles, gently roll your neck, make an attempt at touching your toes, run in place for a bit, do whatever your body needs to do in order not to keep you moving smoothly.

That means giving it proper fuel beforehand too (I stick to no less than 30 minutes prior). I’m not writing some diet post here, but I shouldn’t have to tell you that your favorite Little Debbie product or what have you is inadequate here.

Have a banana or something else that grows from the earth and try to sandwich whatever it is between two glasses of water.

When I first started running, I hated every minute that I spent thinking about my run while putting one foot forward in front of the other.

So I did everything I could to help me forget I was running, quite literally in fact. I would run only at night using either the natural light of the moon or stars (I grew up in the Adirondack Mountains were both neighbors and streetlights can be scarce) and I would have music set loud enough so I couldn’t hear my footsteps.

So maybe you’re hesitant to match my first running habits (mine certainly weren’t the safest approach) but if you are dreading the idea, take your focus of the run itself.

Who says you can’t get day dream while in motion? See if a friend would like to join you (this is a good time to find a friend who likes to run, if not make one).

Like music? Play it. Or even better, listen to a podcast. Forget your huffing and puffing and focus on somebody else’s voice while you’re out.

Also, when you’re just trying to get into the swing of things, you may want to consider changing your route frequently.

Keep your mind occupied on navigating which new streets to run not on how much longer you have to run them.

Understand and accept that slowing down to pace yourself is not defeated.

We all get winded and need to break eventually so don’t get discouraged. I hate letting others see that I need a break and so I take that time and use it to stretch.

It’s just common sense that you will be able to run for longer periods of time before you can run longer distances.

On your run you, losing momentum does not need to cause you to lose your motivation as well. All that said, I usually look forward to a sprint at the end of my run.

If I feel like my effort level wasn’t adequate during the run, I make up for it at the end by leaving nothing in the tank.

To me, it’s rather exhilarating to push my body to its limits of motion, and if ever I get a runner’s high, it’s during the ending sprints.

Maybe this isn’t for you, and that’s okay, keep your pace. What I don’t recommend is adopting this practice and then saving your energy for the end.

I take whatever reserves of energy I have left in the body and exerted them; I do not purposely stockpile it.

Do not be discouraged if you’re struggling to get that sought after "runner’s high," self-determination and gratitude offer a significant placebo effect.

As far as I know, free running isn’t this year’s trending hobby nor is it the featured subject of Youtube’s dominate channels (okay so occasionally a Casey Neistat vlog).

But your objective should never be to seek the approval of others on your high BPM mid stride.

Be your own biggest fan out on the run, and you’ll be going through Saucony soles religiously.

Guides and Tips on How to Safely Buy Things Online