This world is filled with exotic foodie journeys you have yet to take, but now you know where to start. 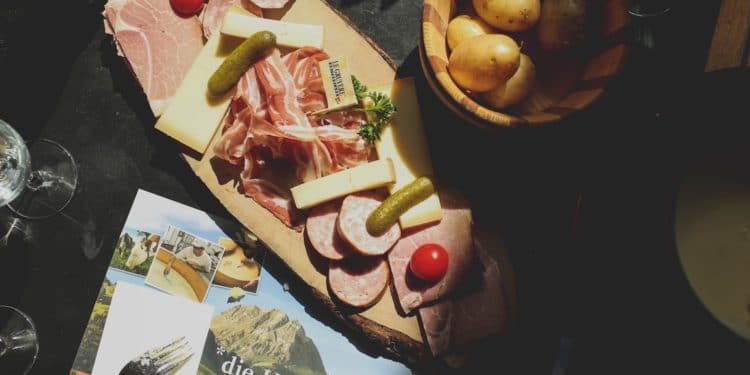 The one thing the late celebrity chef Anthony Bourdain has taught society is the world is a big place, and the types of cuisines stretch even further. Nowadays the average traveler base their vacation destinations soley on the quality of food — from cruises to restaurants to local grub.
Food-based vacations have taken a new meaning. If you are creating a bucket list of foodie journeys, then you should definitely go beyond the obvious — that means to forgo Paris, Rome and New Orleans. Don’t worry we have you covered on where you SHOULD go and the following countries and cities will certainly change your life forever.

In a country driven by food and wine, there’s a small town called Puglia that easily gets overlooked. Actually, the town was setting and inspiration for the famous French-Italian film called “La Grand Bouffe”, a movie about a group of tourists that eat themselves to death. The town is located at the “heel of the boot” and has one of the most powerful food scenes in the world. The residents of this Southeast town eat burrata for breakfast (the mozzarella-based cheese was born here) and drink wine like its going out of style. But there’s something even more charming about coming here: it’s quiet. The crowds have yet to come to this seaside village and is only a newly-minted gem among tourists.
[getty src=”450228615″ width=”510″ height=”336″ tld=”com”]

The enormous impact Emilia-Romagna has had on the culinary world is beyond explanation. This North-Central region in Italy is the birthplace of parmesan cheese, chicken parmesan, prosciutto di parma, bologna, and Lambrusco wine. Yes, it’s a pretty big deal when it comes to food. Even more, the Province of Modena is home to “Osteria Francescana”, widely considered the best restaurant on the planet.
[getty src=”876629378″ width=”433″ height=”398″ tld=”com”]

For years, Eastern Europe wasn’t a hotbed of gourmet meals. Rather the destination was designated for skiing and drinking. That has changed drastically in recent years, a result from a modernizing economy and thriving farmland. Poland’s capital city is a major beneficiary, offering typically expensive meals, like steak tartare, for very affordable prices. The pierogi, the national dish, remains a popular item in Warsaw. But the local chefs have channeled the world markets and have expanded to a more adventurous side. They are boutique spots such as “Bar Pacyfik” that offers all things inspired by the Pacific Ocean. The menu includes inspirations that vary from Peruvian ceviche to Hawaiian-Japanese Poke to Mexican street tacos.
[getty src=”841535506″ width=”509″ height=”339″ tld=”com”]

The food scene in Spain is a can’t-miss no matter where you go in the country. But this Northwest part of Spain is extra special. The marine area of Spain offers so many types of incredibly fresh fish dishes that wouldn’t want to eat fish anywhere else in the world. There’s even a street dedicated to only oyster restaurants called “Rua de Ostras”. Still, you can’t go on a trip here without having the “chocos” (fried chunks of cuttlefish) and “chipirones” (grilled baby squid). Don’t forget to order a glass of Albarino, the region’s native wine varietal.
[getty src=”848031990″ width=”509″ height=”339″ tld=”com”]

The culinary world in Mumbai is as eclectic as its personality: diverse, vibrant, colorful and pulsating. The food is a cultural kaleidoscope, featuring influences from Portugal, England and, of course, India. The native dish you’ll tend to find is the batata vada (chickpea-coated potato fritter) and an array of red-green chutneys. On the coast, you’ll find tangy and fiery fish dishes, highlighting predominately chili and coconut flavor profiles. Before leaving, take a dive into Mumbai’s most powerful dish called pav bhaji (potatoes, spiced veggies and lots of butter).
[getty src=”143795187″ width=”507″ height=”338″ tld=”com”]

Bourdain initially put this city on the culinary map when dined here with President Barack Obama on his show “Part’s Unknown”. Hanoi is truly a foodie’s dream. First off, there are a plethora of local vendors selling fresh fruits and produce in every direction, making it hard to pass up. Secondly, the local dishes are bursting with heartiness and complexity, giving the first-time diner a very satisfying experience. Hanoi’s “bun cha” is the plate you MUST have before leaving the city. The dish is a mixture of rice vermicelli, grilled pork, and greens.
[getty src=”947894546″ width=”479″ height=”359″ tld=”com”]

England has never been a food-oriented country. In fact, the country is known for its bad food. That has changed in recent years. This small city, the birthplace of famed artist Banksy, has become a culinary king and home to off-beat culinary creativity. BOX-E, the city’s top restaurant, operates out of a shipping container, featuring a pork-themed bar and unusual wines. The thing with this eatery is that the chef takes simple, local ingredients and transforms them into dream dishes — there’s the cauliflower served with Gouda, burrata, olive, and chili.
[getty src=”465704711″ width=”507″ height=”338″ tld=”com”]

Traveling across the Atlantic to sample French cuisine is a thing of the past. Montreal offers a taste of Paris in continental North America. And, quite honestly, the food may be even better in Quebec. There are spots like Joe Beef and Le Vin Papillon. both locally-driven restaurants that feature some of the best dishes you will have in life. Then there’s Au Pied de Cochon, a unique French bistro that’s considered one of the top 50 best restaurants in the world. Owner Martin Picard has had such an enormous following for his highly-original dishes that Netflix produces his own show called “The Wild Chef”.
[getty src=”816083540″ width=”509″ height=”338″ tld=”com”]
Bourdain once said that travel isn’t always pretty or comfortable. He said that the “journey changes you … It leaves mark on your memory, on your consciousness, on your heart, and on your body.” When exploring those new avenues of cuisine, you must take the risks and leave your comfort zone. That’s the only true way you will savor the world.

How to use the Sauna to Enhance your Exercise Regiment