Questions We’re Dying to Ask About ‘Spider-Man: Far From Home’

Which you're probably asking yourself 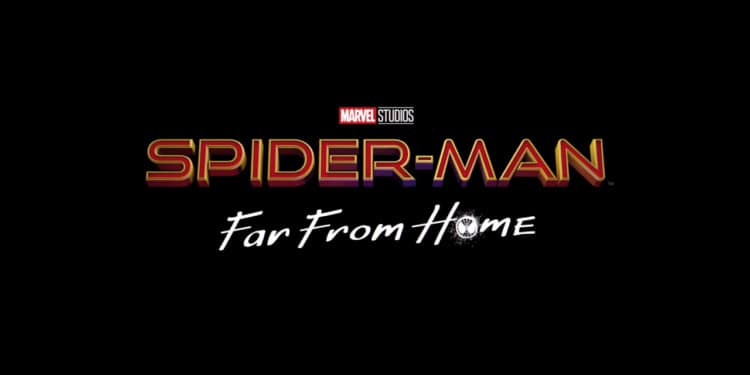 “Spider-Man: Far From Home,” one of Marvel’s most awaited summer films after “Infinity War,” just had its first teaser trailer released. Unfortunately, rather than giving clues as to what might happen during the events of “Avengers: End Game,” the new “Spider-Man” trailer just brings up more questions.

Is Tony Stark dead? Why is no one grieving?

The “Avengers: End Game” trailer is teasing it. The fact that we only see Happy (Jon Favreau) in contact with Peter (Tom Holland) – with a check signed only by Pepper Pots (Gwyneth Paltrow) — is teasing it. The unverified rumor that Robert Downey Jr.’s contract with Marvel is expiring after “End Game” is teasing it. And because there doesn’t seem to be a funeral scene or a scene that shows Peter’s grief, it’s driving us mad wondering if Tony Stark survives “End Game.” Touché Marvel. A stone-cold way of making sure “Avengers: End Game” doesn’t get spoiled.

Why is Mysterio making himself out to be a good guy?

Jake Gyllenhaal makes his appearance in the MCU as Mysterio, the illusionist supervillain of the “Spider-Man” comics. But in the trailer, Peter Parker isn’t fighting Mysterio. In fact, a specific scene shows Mysterio rescuing the unsuited Peter Parker from what appears to be an unidentified water-based opponent.

Considering Mysterio’s background, there is a significant possibility that all the elemental enemies showcased in the new “Spider-Man: Far From Home” trailer are not established “Spider-Man” villains, but Mysterio’s own creations. There is also the other possibility that the elementals are actual villains themselves which Mysterio has contracted or partnered with for the benefit of his own plans.

Is Nick Fury still part of SHIELD? And who is the woman with him?

After seemingly surviving the events of “Avengers: End Game,” Nick Fury (Samuel L. Jackson) still seems to have access to some pretty serious hardware. The question now is whether such support is coming from a renewed SHIELD, or if another organization has recruited Fury after “End Game.” Aside from the big question of whether SHIELD is involved with his presence in Europe, there is a question of the identity of his companion in the trailer.

One of the action sequences shows a woman beside Nick Fury facing off against what appears to be sand elemental – which could easily be confused as the Sand Man. But throughout the trailer, the face of the woman is not revealed. The woman appears to be in between a blonde and a brunette but doesn’t appear to be Maria Hill (Cobie Smulders) herself.

While Cobie Smulders does confirm that she is currently cast for the role, there is a possibility that Nick Fury’s companion is another former SHIELD agent, namely Sharon Carter (Emily VanCamp) AKA Agent 13 – Captain America’s love interest after Peggy Carter passes away. It’s not Captain Marvel (Brie Larson) for sure.

Where does Peter Get the black Spidey suit and the spy suit?

The new “Spider-Man: Far From Home” trailer doesn’t hold back on showing off Spider-Man’s new toys. There are scenes which show his original blue and red costume but other scenes also show off what appears to be a suit that’s colored black and red, as well as a pure black spy suit.

While the spy suit could easily be provided for him by Nick Fury, the new black and red spidey suit brings up the question of whether the suit was made by Tony Stark. In addition, if the suit is a Stark creation much like his first one, how does it get to him in London? Is Happy going to be the guy to bring it to him? Was it left behind for him by Tony Stark much like a few other suits that Tony was probably working on for Peter?

Is the Avengers tower being replaced or is something being built in front of it?

A quick shot of Peter swinging around New York while texting on his phone gives viewers a glimpse of a new structure being built behind Grand Central Station. Fans would know that previously, the Stark Tower AKA the Avengers tower occupied that space.

The fact that “Spider-Man: Far From Home” is taking the extra effort to add that little detail means that whoever turns out to own the new tower being constructed will be pretty important to the current MCU timeline. Since whoever owns it could also point to clues about Tony Stark’s fate post-“End Game,” fans are now wondering if the tower is linked to a new superhero team that Marvel plans to bring to life.

Fan theories are already out that the tower could end up being related to the Fantastic Four after news about a merger between Disney and 20th Century Foxis bound to be finalized soon. If the tower does turn out to be owned by the Fantastic Four, the list of Marvel superheroes we want to see with the Disney treatment just keeps getting longer.

Questions We’re Dying to Ask About ‘Spider-Man: Far From Home’