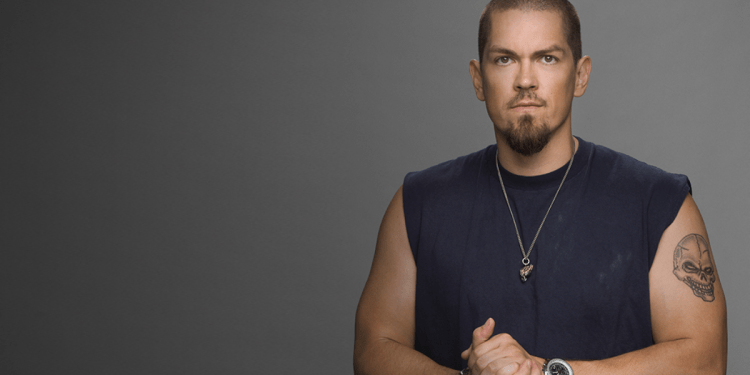 ‘Shameless‘ actor Steve Howey reveals how he makes muscle tanks at forty looks good. His role as Kevin Ball in the Showtime series portrays a sex-driven bartender with a heart of gold. Get to know the man behind Kevin Ball and how he trains for this hunk of meat character.

As a father of three with a busy acting career, it seems fair that there is little time for going to the gym. Howey revealed that he used to be in a bit of a slump. Drinking a lot, waking up grumpy and still tired, he decided it was time for a change.

He put down the bottle to become a better father, actor, and a better version of himself. He quickly saw his whole life change after implementing a morning workout into his life. From having more energy, being more attentive, and having a greater passion for his work and life overall.

His workout routine is not for the weak. Howey casually stated in an interview with Men’s Journal, that when he goes to the gym he means business. Forty minutes is only a warmup for the ‘Shameless’ actor. His average workout will take him 2-3 hours to get it done.

According to the University of Copenhagen, there is a significant difference between the effect of exercise performed in the morning and evening, most likely influenced by the body’s circadian clock. Working out in the morning is proven to increase your metabolism, burning more sugar and fat. Evening exercise benefits your total stamina and endurance.

Less of a routine and more of a lifestyle, Steve Howey adopted the Arizona State wrestling team’s workout. This workout consists of a full-body circuit. The trick, do everything while carrying around a 45-pound plate.

Seven Rounds of each exercise.

Howey believes that the kitchen is just as important as the gym. The gym is necessary for muscle gain in addition to mental and physical benefits however, the kitchen is where the six-pack is made. His favorite vegetable is broccoli.

His tip: find a few you like, or at least tolerate, and find recipes to change those up. You don’t need to love all vegetables to implement them into your diet.

Consistency is everything when it comes to diet and nutrition. It can be easy to slip here and there, but having the mental strength to avoid these cheat days makes all the difference. Steve Howey mentions a week of eating right gives him more noticeable results than a month in the gym lifting heavyweights.

This app tells Steve Howey what is and isn’t good for his body. What he found out was that boring is always better. Foods like coffee and oil alternatives ended up being a lot worse for him than he thought; Howey’s post-workout meal, chicken, and broccoli. Sounds cliché, but it works.

Some days you will inevitably wake up and want to stay in bed. On these days, Steve Howey skips heavy weight lifting and intense cardio. Instead, he simply walks on the treadmill. After about 20-30 minutes go by, he speeds up and starts to feel motivated again.

The trick, always to get to the gym. Chances are, once you are there, you will get in the zone. And worst-case scenario, you get a nice walk-in and can go home.

Steve Howey opened up about how he struggled with energy and motivation day-to-day. Once he quit drinking and hit the gym this all changed.

The ActiveMan Guide to Gym Gear

3 Medications That Could Help You Lose Weight

Level Up Your Workout With A Boxing Class

Should You Train Like Shalita Grant for a Fantastic Build?