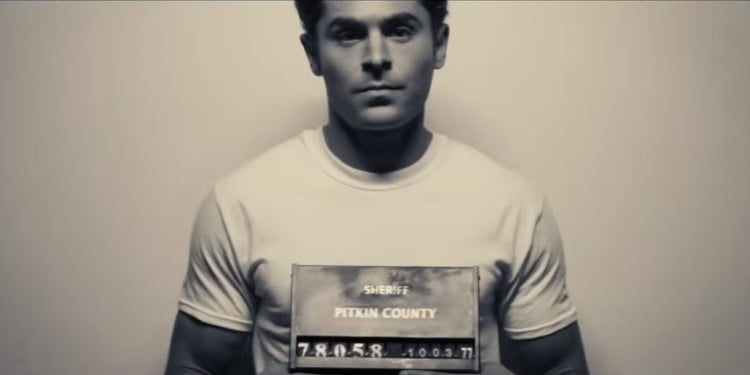 Zac Efron is currently making waves in his latest movie role as the infamous serial killer Ted Bundy, but it’s not the congratulatory kind for his most adventurous role yet. The public explosion started when the trailer for the biographical thriller based on the serial killer’s life, “Extremely Wicked, Shockingly Evil, and Vile,” was released to the public.

Most people found the trailer too upbeat and potentially dismissive of the real Bundy’s crimes – especially so when Efron slyly winks at the camera with an upbeat rock soundtrack in the background. This snowballs into arguments pointing out that Efron’s charmingly good looks and cheery portrayal is sexualizing the serial killer.

Romanticizing and sexualizing serial killers – especially real-life ones – is a definite no-no, but a significant amount of the ire for Zac Efron’s casting in “Extremely Wicked” seems to just focus on seeing Efron as too attractive to be cast as a serial killer. While Efron’s casting won’t necessarily make “Extremely Wicked” a good film, it pays to keep in mind a few reasons why he got cast in the movie in the first place.

Ted Bundy had charisma in spades

“Extremely Wicked” director Joe Berlinger has stated outright that he wasnever out to romanticize the abhorrent American serial killer. Berlinger was even the man behind the Netflix documentary “Conversations with a Killer: The Ted Bundy Tapes,” a series which highlights the original killer’s charisma being a significant part of his methodology and his efforts to avoid incarceration.

Zac Efron’s casting as Ted Bundy is not a denial of horrible crimes that were committed, but an acknowledgement of what made Bundy so malignant. Even if Zac Efron wasn’t the actor who got cast as the notorious serial killer, a faithful portrayal of his weaponized charm would require a charismatic individual who could tread the line between the violent serial killer and sociopathic manipulator.

Zac Efron may actually have the chops to pull this off

Zac Efron may have made it big due to his charming looks in Disney’s “High School Musical,” but the 31-year-old actor has shown a a willingness to break away from being stereotyped as just another pretty face. His past movies may have leaned on the fact that he is the stereotypical pretty boy, but his roles have also shown that Efron is self-aware enough to entertain his audience at his own expense.

“Extremely Wicked” is Efron’s first foray into the thriller genre and the fact that he’s actually using his looks to create this weird internal dissonance from the audience’s expectations is an exciting prospect to see. How successfully Zac Efron will be able to portray a role out of his type has yet to be seen until the movie is eventually released in more public settings.

Disgusting doesn’t have to be visceral

Ted Bundy’s legal grandstanding of his innocence was not a violent scene similar to his crimes. They were performances that were made to elicit sympathy and possibly forgiveness from a detached public simply watching his trial from a television screen.

Ted Bundy’s confidence and apparent lack of remorse were not an obvious indication of his guilt and actions up until he escalated the situation beyond a reasonable doubt by escaping from custody twice and continuing to murder multiple women. But that doesn’t make any of Ted Bundy’s actions in the courtroom any less disgusting.

“Extremely Wicked” is not a horror film – at least not in the traditional sense but stories about serial killers don’t have to be limited to the cat-and-mouse format of films like “Zodiac.” Our portrayal of horrible human beings like Ted Bundy shouldn’t be limited to creepy smiles and violent displays of harm because it blinds us from the fact that horrible individuals can sometimes escape – or even be saved by – the eyes of public scrutiny.

How Men Can Use Hygge and Improve their Well-Being