All the Best Super Bowl Ads, Trailers, and Craziness You May Have Missed 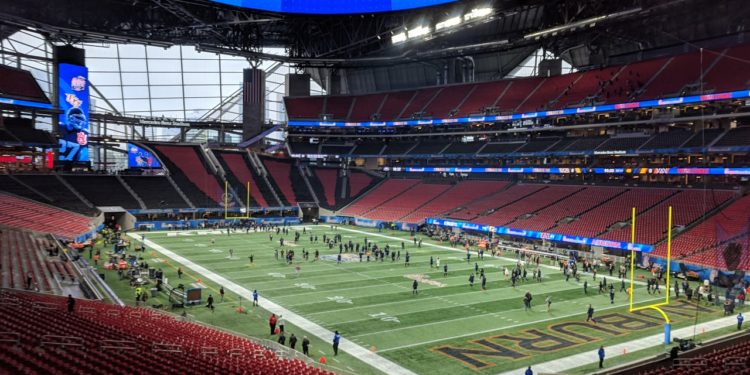 The New England Patriots snatched victory from the LA Rams at Super Bowl LIII for the lowest scores during the event’s history, which has most people crying out about the horrible first half of the game. While this year’s Super Bowl may not have been the thriller that most people were expecting, its status as one of the best times when creative advertisements, anticipated movie trailers, and touching moments still lived up to expectations.

Below are some of the craziest and most interesting highlights of Super Bowl LIII.

Bud Light takes the cake for the wildest commercial for the Super Bowl with its “Game of Thrones” crossover advertisement featuring the Bud Knight. Definitely beats out the Stella Artois advertisement that features The Dude (Jeff Bridges) and Carrie Bradshaw (Sarah Jessica Parker) snubbing their signature drinks for the Belgian pilsner.

The advertisement is over the top and silly with the potential to either enrage or delight hardcore “Game of Thrones” fans with its portrayal of Gregor Clegane being taken out by a dragon at the end. Aside from the fiery erasure of Clegane, the advertisement’s highlight is the silly moment when the Bud Knight asks a couple of squires to “hold his beer(s),” which seem to come from a never-ending supply within his armor.

Marvel definitely seized the day by releasing not just one trailer, but one each for both their upcoming movies “Avengers: Endgame” and “Captain Marvel.” The presence of two Marvel trailers stands in stark contrast to the absence of Super Bowl promotions for Marvel’s comic book movie rival, DC Films.

With two of Marvel’s highly anticipated movies featuring trailers at the Super Bowl with no “Shazam” trailer in sight, fans of Billy Batson will have to hope that the “Shazam” absence won’t negatively affect the DC movie’s recall amongst moviegoers when it gets released.

Since “SpongeBob Squarepants” creator Stephen Hillenburg died last year, people have been looking forward to the Super Bowl paying tribute to the man by playing a performance of “Sweet Victory,” a song that featured in the “SpongeBob” episode “Band Geeks.” While the tributefinally happened, it wasn’t the way that most people were hoping it would manifest.

Rather than the live performance of the scene that most “SpongeBob” fans were hoping for, the Super Bowl simply played the clip as a tribute after the Maroon 5 half-time show. The internet is currently split on whether simply playing the video clip was enough to honor Hillenburg, or was a definite missed opportunity to see the beloved scene happen in real life.

Maroon 5’s half-time slot at the Super Bowl was not met with much fanfare compared to the historically amazing performances of other artists during the annual event. But the band’s lead singer, Adam Levine, did leave his mark when he decided to go topless.

ESPN sports show host Katie Nolan took note of Levine’s topless status in comparison to the Justin Timberlake and Janet Jackson nipple debacle of 2004. Audience and netizen reactions were more caustic, with some people wanting a live rendition of the “SpongeBob” tribute rather than Maroon 5.

PewDiePie gets support for battle against T-Series

YouTube celebrity PewDiePie has only one clear opponent in the battle to take the title of “channel with the most subscribers” on YouTube – Indian YouTube channel T-Series. In this closely watched rivalry for internet fame, PewDiePie’s supporters went out of their way to make the world know which channel to subscribe to.

YouTuber MrBeast was at the Super Bowl with his friends, directly behind the L.A. Rams’ field goal while wearing shirts that spelled out “Subscribe 2 PewDiePie.” Quite the effort just to make sure that the Swedish YouTuber gets crowned king of YouTube.

To Infinity and… #ToyStory4 pic.twitter.com/dt06TjHwQY

How Men Can Use Hygge and Improve their Well-Being