The Complete Chevy SUV Line – Which Is the Best SUV for You?

From the Suburban and Tahoe to the Equinox, learn more about the complete Chevy SUV line to find out which would be the best for you. 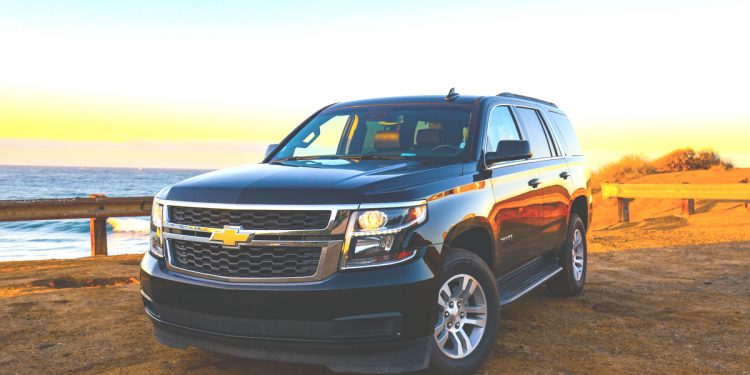 Chevrolet has been one of the most prominent car manufacturers since its inception in the early 1900s, with Chevy SUVs being extremely popular. Many do not realize the history of the SUVs and all the other cars Chevrolet produces. Most people think that SUVs are a modern invention, but you might be surprised to learn that SUVs have been around in one form or another for almost a century.

In the 1930s, Chevrolet was instrumental in bringing SUVs to prominence with the release of the first Suburban. Since then, the automobile company has only continued to improve and refine its vehicles. We’ve compiled a list of the best SUVs Chevy has ever released to honor the significant progress that Chevy has made in advancing SUVs’ progress. Take a look and see if you recognize some of the classics on the list; you might be surprised by all the SUVs that Chevy has had a hand in creating.

The biggest Chevy SUV, the Suburban, has everything the Tahoe has, only bigger. It has over 121 cubic feet of cargo space, 383 lb.-feet of torque, and seats for up to nine people. Even with all three rows folded up, there’s still plenty of cargo space to carry everything a family might need, and when the seats go down, the truck becomes a pack mule.

Big families would appreciate the generous offerings of the Suburban features. Oh, and it’s got 14 USB ports, double the Tahoe ports.

While the Suburban has more to offer, we think the Tahoe would satisfy most families’ needs. While Tahoe is smaller, it still has more than most customers would ever need. Plus, the Suburban starts at $50k, which is priced for a non-luxury SUV. Still, there will always be customers whose needs exceed even the largest SUVs on the market.

It’s also worth noting that the Suburban itself has become an American icon. Its nameplate has been used for decades, alongside Silverado and Impala, and is one of the first trucks to come to mind when people hear the term ‘sport utility vehicle.’

While the Suburban has more to offer, we think the Chevy SUV Tahoe would satisfy most families’ needs. While Tahoe is smaller, it still has more than most customers would ever need. Plus, the Suburban starts at $50k, which is priced for a non-luxury SUV.

Still, there will always be customers whose needs exceed even the largest SUVs on the market. It’s also worth noting that the Suburban itself has become an American icon. Its nameplate has been used for decades, alongside Silverado and Impala, and is one of the first trucks to come to mind when people hear the term ‘sport utility vehicle.’

What do you get in this price range? How about a refined, leather-clad interior, a customized infotainment system, a 4G hotspot, and seven USB ports. Besides, Tahoe offers decent off-road capability, with a 355 hp V8 with 4WD available and a towing capacity of up to 8,600 lbs. While the average family probably won’t need that much from their primary ride, Tahoe does meet the needs of those whose lives require extra muscle throughout the year.

Chevy’s midsize SUV, the Traverse, competes mainly with rivals like Toyota Highlander and Kia Telluride. The Traverse shares the body with the GMC Acadia and the Buick Enclave at a much lower starting price. Big enough to hold eight passengers, the Traverse is being marketed to medium-sized families who need something big enough to take their children around, but with better MPG and agility than their larger brothers.

The Traverse has a really good mileage due to its size, with 18 cities and 27 highways. It has a nice, refined body, along with ample storage space and the convenience features one might expect from an SUV of its type. Second-row seats come with a smart folding system that allows third-row occupants to move them out of the way by touching a button. An HD bird eye system is available, allowing drivers to see where they are to park in tight corners.

The Traverse also has a back seat reminder to ensure the drivers don’t leave anything, or anyone, in the back seat. It’s all for a starting price that’s just a thousand dollars more than the Blazer.

Blazer is the newest addition to the Chevy SUV lineup. While the Blazer badge has been used by GM in the past, this new Blazer has nothing to do with its ancestor. The new Blazer boasts a fresh design that goes beyond anything Chevy has ever produced.

It’s so radical that you could easily be tricked into thinking that it wasn’t a Chevy. Style is part of the appeal of the Blazer, both on the outside and on the inside.

Although the Blazer is $5,000 more expensive than the Equinox, it actually has slightly less cargo space. Still, this probably doesn’t matter much to the potential customers of Blazer. Chevy sells the Blazer to a more upscale crowd, who want something a bit sportier than the average mid-size model. The Blazer even has an optional 308 hp V6 engine, which should make driving more fun.

Bigger than Trax, but below Chevy’s other SUVs, the Equinox offers a little more storage capability. Aimed at small or growing families, the Equinox is one of the most popular Chevy models due to its low starting price and great features. At $23k, it’s just a few thousand more than the Trax, making it an obvious choice for budget-conscious consumers.

The Equinox places more emphasis on storage and safety than its predecessor. Features include a hidden storage compartment in the trunk area, large enough to fit small items like laptops and refrigerators.

Safety is also a high priority for Equinox, and Chevy is quick to upgrade its automatic collision prevention system and its five-star safety rating. An exciting feature is an optional extra that allows the driver’s seat to vibrate at the beeping noise point of the lane departure warning.

What Is A Side Stitch?