From its history to potential new design speculations, learn more about the Honda Prelude and whether the vehicle will make a comeback. 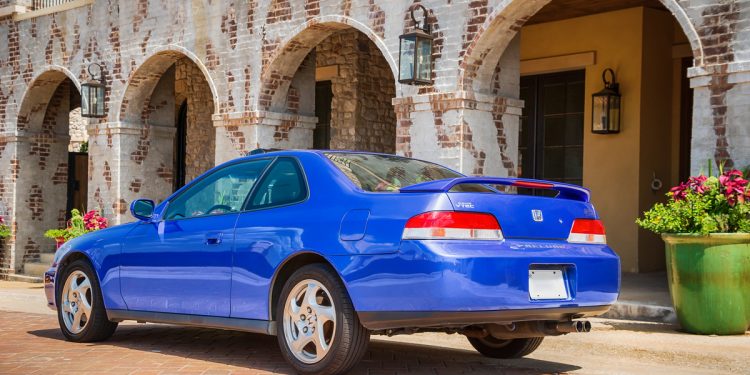 Probably one of the least remembered pantheons of the legendary Japanese sports compacts of the 1980s and 1990s, the Honda Prelude remains one of the most fascinating cars in Honda’s history. Explaining its place in the Japanese automaker lineup is a bit confusing. Although it’s best considered Honda’s response to the popular Toyota Celica back in the late 1970s. Over two decades, the Prelude solidified itself as a state-of-the-art sports coupe with impeccable driving dynamics and a suite of advanced technology. Essentially, the Prelude was the most complex, state-of-the-art Honda shorter than the NSX.

It didn’t start that way, though. Launched for the 1978 model year, the kind of boxy, slender first-gen Prelude took the suspension, brakes, and engine from the Accord of today and pushed it into a smaller bespoke chassis that cut 2.4 inches from the wheelbase compared to the larger sedan.

Only 72 horsepower and 94 lb-ft of torque came from the Accord 1.7-liter SOHC iron-block four-cylinder. It operated either by a five-speed manual transmission or by a two-speed automatic transmission. This was later replaced by a three-speed auto. The performance was average for the era, with 0-60 mph in about 19 seconds.

Despite an excellent name and Honda’s then-burgeoning reputation for excellent little cars, Prelude’s first-generation vehicle didn’t sell all that well, owing to a relatively high price tag and a less-than-stellar driving experience that wasn’t quite up to the sporty, compact Honda image.

The Japanese carmaker will test the competition with the release of the upcoming 2021 Honda Prelude. The latest company reports showed a new, attractive design language and an elegant style. The Prelude was one of Honda’s best-selling models, especially in Europe and the USA. We all remember the iconic two-door coupe with a sporty line and a fabulous interior. However, production ceased in 2001.

Now, after a severe hiatus, the brand-new Prelude is ready to shine again. However, competition is also being prepared. The BRZ and Toyota 86 will be the main rivals of the upcoming 2021 Honda Prelude. Honda announced that, in addition to visual refreshments, infotainment would get serious updates to remain competitive on the market. We also expect to see the latest technology features in the cabin and new trim levels.

Honda Preludes in the Past

The Honda Prelude was a little sports car for those who either didn’t pay attention back then or forgot about it. The fifth-gen model has seen a total of 14 different trim levels across five other markets. Seven of them, including the F22B Si and the Type S with the H22A engine, were sold only in Japan. Even the Si and SiR were offered with four-wheel steering. Only two models ended up in the USA – the base model and the Type SH, both of which were around 197 horsepower, and four other models were only available in Europe, while three, including the Si with the F22Z6 engine, were offered in Australia.

Today’s Preludes car would put the BRZ and Toyota 86 twins to shame and could even be reworked to give more top-of-the-line sports cars a run for their money. But, as much as we can all hope, the chances of seeing the Prelude name revived are pretty thin but don’t lose hope if you want to see one. Stranger things have happened, and Honda – as we’ve seen with the new Civic Si and Civic Type R – finally has a good deal to do with what the public wants.

Read Also: How Many Miles Can You Get Out of Well-Maintained Dodge Caliber?

The release date of the 2021 Honda Prelude is currently unknown. The automotive market needs such a vehicle, and the Japanese company will try to meet the user’s needs. Honda announced that the new couple would come with severe exterior refreshments and improvements.

The engineering department will try to come up with something unique that will be both useful and attractive. According to our sources, the redesigned Prelude will share some of the popular Accord’s external features.

Besides, Honda will include a new architecture that will support this sporty vehicle. On top of that, the cabin will be moved back a bit, and the front headlights will have a more angular design. But the official info on the final design is still unavailable.

Honda is one of the most successful and best-selling car companies in the world. As a result, we are used to expecting only the most excellent engines from Honda’s engineering department. The mill will be the most attractive part of the 2021 Honda Prelude.

The new unit will be based on the previous mid-assembled mill. But it will include several changes and alterations to provide more power and better performance. The new drivetrain positioning will be located behind the front axle, which will improve the weight distribution.

Although there are few possible engineering solutions for the new coupe, a 1.5-liter turbo-four unit with 200 hp is the most logical choice. The second option is a 2.0-liter turbocharged engine that produces around 300 hp. These engines will be connected to a 6-speed manual transmission and have FWD as a standard configuration. The front-wheel-drive design will extend the unit’s life and make room for engineers to develop upgrades for future generations.

The Complete Chevy SUV Line – Which Is the Best SUV for You?