Learn more about the Dodge Magnum and why the automobile market shifted away from the modern station wagon and what vehicle replaced it. 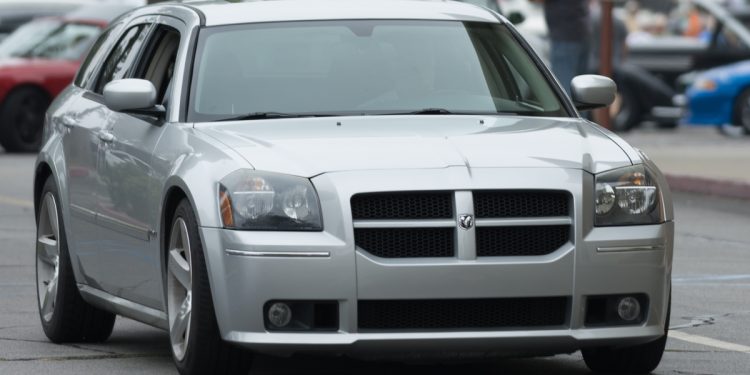 Produced from 2005 to 2008, the Dodge Magnum was an American muscle car from a bygone era where big-engine station wagons could easily keep up with performance cars. Unfortunately, the vehicle came too late for fun. It was quickly replaced by a market that was starting to cater to SUVs over anything else available. So why did the Magnum muscle car die in 2009?

It had all the power of greatness, serving both roles as either a family day-to-day commuter or a hardcore drag racer on the strip weekends. As far as modern cars are concerned, the Dodge Magnum is one that will go down as a future classic, but the shifting market has killed off what might have been great.

What happened to the Dodge Magnum?

The Dodge Magnum was built two generations before the car variant, once in the late 1970s; some variations were built for Brazil and Mexico in the late 1980s. Based on the Chrysler LX platform, the third generation offered four different powertrain options to remain relevant to the US market. These engines included two V6 engines and two V8 engines and ranged from 190 horsepower to 425 horsepower, respectively.

The new Dodge Magnum also featured two different transmissions, using a 4-speed automatic for entry-level models, while the SRT8, RT, and SXT all-wheel-drive used a Mercedes-Benz 5-speed gearbox. While the other engines were properly powered, the 6.1-liter Hemi in the SRT8 gave the car all the grunt it needed to shine. At the time, the car market was still doing well in the US. Wagons were available from Volkswagen, Audi, Subaru, Mercedes, BMW, Ford, and Hyundai. Although not massive sellers, the cars were more usable than the sedans while being cheaper than the SUVs and Dodge wanted on the market.

In the mid-2000s, the SUV market began to expand, offering higher seating and better ground clearance, and the market ate up. Advertising for SUVs as a go-anywhere and do-anything vehicle during an economic upturn gave people the freedom to explore and travel, and the car market as a whole suffered. Even the Dodge Magnum all-wheel-drive variant could not compete with the SUVs.

The shift from the Dodge Magnum to the Dodge Journey

If you’re looking for an affordable, three-wheel SUV, the 2020 Dodge Journey might be the new vehicle you’re looking for. While the design seems a bit dated next to its peers, the reasonable price makes it attractive to some people. Yeah, there’s a couple of things working against it, but it has an easy-to-use infotainment system and a configurable cabin.

The 2020 Dodge Journey is an affordable, three-row SUV that went from three trim to two in 2020. You can now get either the SE Value or the Crossroads. You can no longer get an all-wheel-drive model or an optional V6 with a six-speed automatic transmission.

That’s going to be a turn off for some because one of the biggest problems Journey has is its reputation for powertrains. Now there’s only one powertrain, the old 2.4-liter four-cylinder engine that’s paired with a four-speed automatic transmission that’s getting a weak 172-horsepower. The 2020 Dodge Journey is only available as a front-wheel drive. The all-wheel-drive has gone.

Optional packages are available with the 2020 models that bundle features together for convenience. With the SE Value trim level, the optional package includes a six-way power-adjustable driver’s seat, three-zone climate control, leather-wrapped steering wheel, and shift knob, a safety alarm, a SiriusXM satellite radio, and a Bluetooth and Voice Command Uconnect. With the Popular Equipment Group, which you can only get for Crossroad models, you get a heated front seat and a steering wheel, a six-speaker sound system with a subwoofer, navigation, remote start, and a universal garage door opener.

The 2020 Dodge Journey is affordable for some reason. It’s pretty bare-bones compared to most other SUVs and the laundry list of standard and optional features they offer. Certain features, such as heated rear seats, cooled seats, or a power-adjustable passenger seat, are not available here. There is an easy-to-use 4.3-inch touchscreen, but the infotainment system is a stripped-down version of what you get in other Dodge vehicles.

There’s no Android Auto or Apple CarPlay connectivity here. The Dodge Journey has a USB port on the front. This is it. There is a marked lack of driver assistance technologies here. The 2020 models have added standard rear parking assistance to all models, and the Crossroad models now have a standard sunroof.

When it comes to cargo space, the new 2020 Dodge Journey has a lot to offer. The third row with the seats folded down is a 50/50 split and the second row is a 60/40 split offering a lot of available cargo space. There’s also a lot of cubby space to keep any number of things you’d like to take away from an errand to a longer road trip. There’s also a good-sized bin under the front passenger seat cushion.

Are we likely to get a new Dodge Magnum likely? My guess is probably not. But in the Dodge lineup, it would make a lot of sense. It could easily replace the Journey, which has been able to limp almost unchanged since its debut in 2020. Until then, the unfortunate discontinuation of the Dodge Magnum will serve as a reminder that timing is all in the car market.

9 Reasons Why the Honda Crosstour got Discontinued