9 Reasons Why the Honda Crosstour got Discontinued

From its similarity to the Accord and unoriginal design, learn more about the Honda Crosstour and why the company ultimately decided to stop making them. 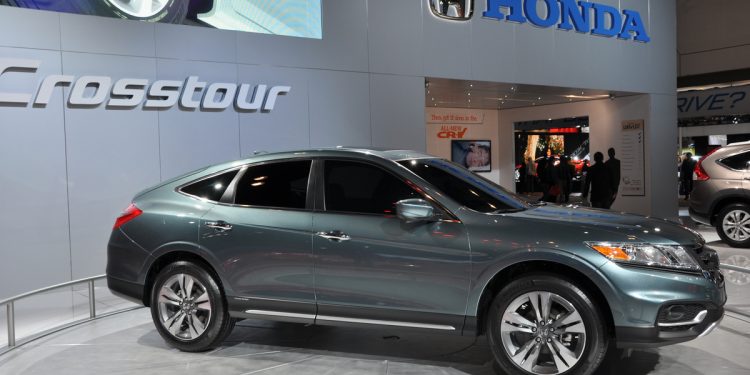 The idea itself for Honda Crosstour wasn’t bad; it was just the execution. A few years ago, Honda realized that there was still a car market, mainly thanks to the arrival of Toyota Venza. This new generation of wagons featured a raised ride height to give them a more crossover look. If the Venza could have been a solid replacement for the Camry Wagon, then why could the Honda Crosstour not have been the same for the discontinued Accord Wagon? Honda thought he’d hit his hands, and many would agree on paper.

But then it was premiered in 2009 and everybody laughed at it. Originally called the Accord Crosstour, it was nothing more than a stretched Accord sedan with a car body style. In fact, the Crosstour was even longer than the Pilot SUV, but only offered two rows of seats and less interior space. Even though it offered an optional all-wheel drive, it still seemed awful.

The proportions of the Honda Crosstour were just, well, strange. Its bloated appearance was a long way from the old Accord wagons. If you see one in person (and we’re sure you’ve seen one) then it’s hard not to stare and laugh. Crosstour (the Accord prefix has been dropped) is still on sale, even though it is built on the previous Accord platform.

The Honda Crosstour was discontinued in 2016, as the Japanese automaker announced today that it will stop building the Crosstour in Ohio after the 2015 model year. The Honda Crosstour was launched for the first time in 2010 but has not been able to touch the sales success of the more traditional CR-V crossover. The company believes that the addition of the 2016 Honda HR-V subcompact crossover will “create new value for crossover shoppers.” In other words, Honda expects far more people to purchase the new HR-V than the one that bought the funky Crosstour.

First, the practical but dull Mercedes R-class for the U.S. was discontinued in 2012. Then the Toyota Venza died last month. And at the end of its 2015 model cycle, the Honda Crosstour did roll off this automotive coil. Funky car-posing-as-crossover stuff, we hardly knew you.

Honda sold less than 12,000 examples last year and only 2046 in the first quarter of 2015 when Toyota pushed out more than three times as many Venzas. We would have said that we wished Honda had sold the actual Accord car instead of this thing, but it probably wouldn’t have sold any better. Which is even more shameful than the Honda Crosstour itself.

Too much focus on dependability

Like most Honda vehicles, the 2015 Honda Crosstour has a high-reliability rating. The well-maintained Crosstour should easily exceed 200,000 miles. After the original warranty expires, the owner will have to pay the bill for any repairs. Luckily, there should be no major mechanical problems to worry about. The reliability of the vehicle also makes it a great long-distance touring vehicle.

When good gas mileage is just not enough

Both engines are tuned to provide good gas mileage. While the four-cylinder model is rated at 31 mpg on the highway, the more powerful V-6 still delivers 30 mpg. Due to the efficiency of the Honda Crosstour, it is more than capable of handling the duties of a daily driver. Even the all-wheel-drive version should return no less than 29 mpg to the open road.

Spacious but not stylish

Families are going to love Crosstour’s roominess. When you’re on a long trip, the rear-seat passengers can just kick back and relax. The crossover vehicle is also a capable conveyor. When the rear seats are pushed down, the cargo capacity increases to 51.3 cubic feet. There is also a hidden utility box, which can be found in the cargo area.

Easy to drive but not attractive

Some drivers are intimated by the sheer size of a large SUV. However, the Crosstour is a great alternative to a full-size SUV. This is especially true for drivers who do not need to have more than five passengers on board. On the road, the Crosstour is more like a sedan than a traditional SUV.

Failed attempt to stand out

While some of the vehicles tend to get lost in the crowd, there are others that stand out. The 2015 Honda Crosstour definitely has a unique appearance. According to many viewers, the Crosstour is essentially a larger version of the popular Honda Accord. All versions of the vehicle feature fog lights and a set of 17-inch wheels.

The Honda Crosstour is an attractive vehicle in the eyes of most people. On the other hand, there are some drivers who might want a more exciting design.

While Crosstour’s cargo space will meet the needs of most drivers, there are crossover vehicles with increased cargo capacity.

Drivers looking for an ultra-sport crossover SUV will have to look elsewhere. While the Honda Crosstour handles a lot on the road, the driving dynamics of the Crosstour do not compare to the sports sedan.

The interruption of Honda Crosstour makes sense, of course, given that sales have never been all that strong. In its first full year on sale in 2010, the Crosstour—originally known as Accord Crosstour before Honda scrapped off its most venerated nameplate—moved 28,851 units. But that was the high-water mark: sales dropped to 17,974 in 2011 and could not top 21,000 in 2012, despite a slight refresh that year. Crosstour also started on the wrong foot, having revealed it via Facebook to scathing comments and not a little controversy, and its compromised practicality and tepid dynamics were the biggest takeaways in our vehicle tests.

How to Achieve Your Goals