Don't be a Casual Vegan 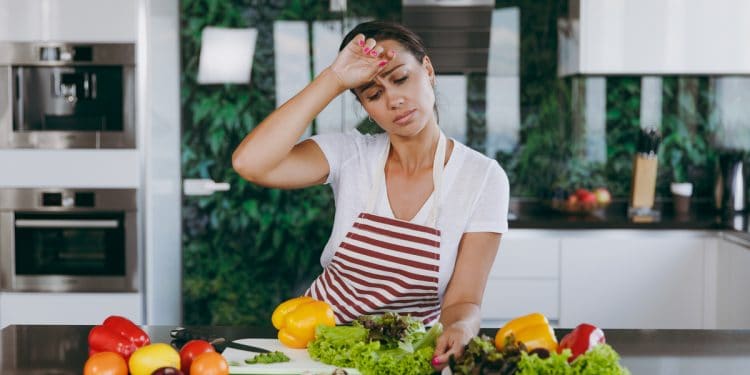 Vitamin B12 deficiency may be veganism’s greatest issue. Yet many on either side of the veganism debate are still confused about its causes, consequences, and potential solutions.

What is Vitamin B12?

Vitamin B12 is the most complex vitamin and an essential component to every human cell—DNA can’t replicate without it, and it’s particularly crucial for red blood cells and neurological functioning.

According to the National Institutes of Health, the recommended daily intake is:

Of course, there is great variation between individuals’ needs. To be certain your level is adequate, ask a doctor for a blood test.

Unfortunately for vegans, animal foods are the only natural source. But, thanks to modern science, B12 is commonly added to fortified foods, including cereals and yeast, and B12 supplementation are widely available. The issue is: how effective are these solutions and what do they have to contend with?

Deficiency can be measured by a variety of chemical markers, though one study suggests holotranscobalamin II is particularly accurate.

This study implies that 92% of vegans, 77% of vegetarians, and 11% of omnivores may be deficient. So, non-vegans and even omnivores should be concerned—though it is only needed in trace amounts, it is still easily neglected.

Likely one reason for this is suspicion of processed meat—entirely valid—which then causes suspicion for meat as a whole. Or maybe it’s fearfulness of eggs, which have frankly been receiving too much hate. Regardless of its cause, deficiency needs to be recognized as far more important than being considered a mere side-effect of one or other healthy diet. It’s not.

The consequences of deficiency are incredibly varied, but it’s particularly harmful to the brain, veins, and digestive system. Severe symptoms are generally rare, but it is often accompanied by fatigue, weakness, and overall physical sickliness.

Worst of all are its effects on children. Many studies have shown the crippling effects of vegan diets on breastfed infants, with one in particular concluding that L-O vegetarianism (permitting milk and eggs) was the most plant-based a mother’s diet could healthily be. But even that would be risky if she didn’t consume an adequate amount of B12, and most don’t seem to.

Being such a basic biological necessity, it may seem surprising that deficiency is as widespread as it is.

It’s important to talk about the history here. It may seem irrelevant at first, but it means absolutely everything. Our diet is very recent, and we need to face the facts—agriculture has been disastrous for human health.

We have been eating mostly meat and seafood supplemented by fibrous plants—plenty of B12—for most of our collective existence. Then, people began farming approximately 10-12,000 years ago, switching to a diet mostly of whole grains and legumes, supplemented by animal products.

What was the result? They shrank in every way possible: brains, bones, and muscle alike. And, despite all advances in nutrition, modern mankind is still shorter, feebler, and smaller-brained than its savage ancestors were. Maybe by examining vitamin B12 deficiency we’ve found just one hint as to why. Maybe we neglected nutrients which plants couldn’t provide. Remember, this wasn’t caused by added sugars or processed grains, but a diet based on domesticated plants.

Thankfully, we don’t have to just look at bones—studies of underdeveloped vegetarian and omnivorous communities can give insights into the effects of diets lacking supplementation.

In India, for example, cases of vitamin B12 deficiency are especially common, and this would be unsurprising considering how many vegetarians that country has and how many omnivores either avoid or simply cannot afford meat. And in Asia as a whole, deficiency is not an issue as in other parts of the world—except among vegetarians. Imagine then what this means for casual vegans!

But maybe the most dramatic examples of all are the modern hunter-gatherers who still live something like their ancestors. Their diets are often affected by civilization, but they are closest we have to a portal through time. These peoples are only rarely afflicted with cardiovascular diseases, and their rates of cancer are extraordinarily low. And most groups get the majority of their calories from animal sources.

Though a vegetarian with vitamin B12 deficiency might try consuming more animal products first, for vegans there are only three solutions: fortified food, supplements, and injections.

Fortification is the addition of cyanocobalamin (B12 with a cyanide molecule) to food and yeast. It begins with microbial fermentation, which yields adenosylcobalamin. Either potassium cyanide or thiocyanate are added in the presence of sodium nitrite and heat. If that process sounds scary, it’s because it has to be so artificial.

Supplements are generally taken orally and use either cyanocobalamin or its cousin methylcobalamin (B12 with a methyl group) which is either produced by bacteria or formed from cyanocobalamin in a laboratory.

Injections are useful as a method of bypassing absorption barriers, but a Danish study shows they may be frequently overprescribed. It found that, most often, an oral supplement was all that was needed.

Absorption is crucial—no matter how much B12 you take, it will be worthless if your body can’t absorb it. Absorption rates for a 1 mg oral dose are only about 56%, which decreases drastically with greater doses. Of the two kinds of B12, one study suggests that methylcobalamin is the more absorbable of the two kinds of B12.

There is evidence that a significant amount of B12 can be synthesized within the small intestine and that probiotics may support. Interestingly, South Indians, whose lack of meat is caused by poverty, were found to have particularly well-developed bacteria which produce B12. How well this capacity may be cultivated over time is as of yet unknown, and it still doesn’t save India from its present situation.

Nonetheless, probiotics are always good idea to try, especially when changing a diet.

Casual vegans and vegetarians are likely to develop vitamin B12 deficiency—there is no denying it. Yet, despite the many nuances, the solution is straightforward: to plan your diet and observe the results. You have doctors, information, and nutrition—all at your disposal. Use them well.

7 of the Best Digital Productivity Tools of 2020