What Is Cardiac Tamponade and What Causes It? 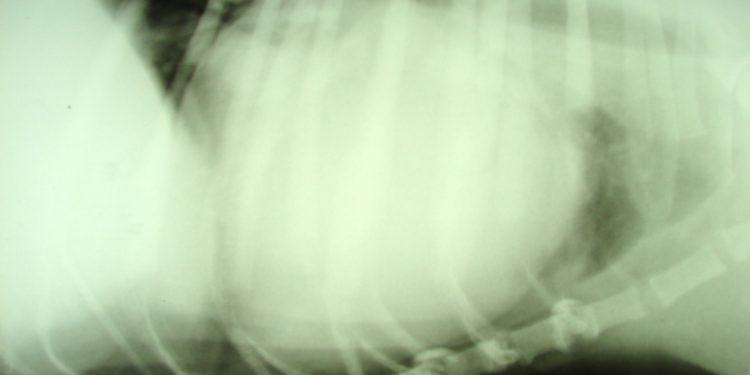 If your health seems to be inexplicably declining, or you recently endured a bad chest wound, it may be worthwhile to look into the chances of having cardiac tamponade.

However, this buildup is most often not severe enough to cause cardiac tamponade, meaning that pericardial effusion may occur in far more cases than are identified and may put far more people at risk than may know it.

JACC claims that the condition affects 1 in 5,000 people, with a mortality rate of about 14%.

Causes are highly variable and include anything at all that can cause buildup in the pericardium. They include or may be accompanied by:

Those with chest wounds should keep in mind that they may have a 2% chance of contracting this condition.

Because the conditions are so general, symptoms are also highly varied, and there is no universal course for the issue to take. Some of them are:

Any diagnosis must be prompt, as cardiac tamponade is a serious condition. Medical staff may look for increased pressure in jugular veins and irregularity in the heart rate. Most often, an examination will be followed by echocardiography, which uses ultrasound to examine the heart and most often decides the issue.

Often, cardiac tamponade is misdiagnosed as myocardial failure, which refers to weakening of the heart. A paradoxical pulse may be a sign of a misdiagnosis, but, even then, this is not itself reliable, as it is not always present in cases of cardiac tamponade.

Treatment generally consists of draining the fluid, though steroids were successfully used in at least one instance in the above study.

In a review of 56 patients treated at the University of Cincinnati from 1963 to 1980, it was discovered that past conceptions of cardiac tamponade no longer applied. Most patients did not have a “small quiet heart,” as had been observed in a prior study from 1935. Rather, they often had normal blood pressure, warm extremities, and heart sounds were diminished in only 19 cases. Most patients were acutely but not critically ill, and most were of completely normal consciousness—few were in mental or physical shock.

In fact, most were misdiagnosed at first as having myocardial failure, which is the gradual weakening of the heart. And still further, the first clue, a paradoxical pulse, which led medical staff to suspect cardiac tamponade instead, is not itself an indication of compression and may be absent.

So, whatever the surface level symptoms, even if they are examined by a doctor, they may well be misleading—as stated before, an echocardiography is the only sound answer.

History may contain the answer as to why causes may have changed so drastically. Cardiac tamponade, like cancer and heart disease, is relatively modern as an issue of mass concern, rather than being the relative rarity it is in nature and among primitive peoples. And, like its companions conditions, it seems to only grow in prominence.

It was first recognized as a cause of impaired cardiac function in the 19th century. Before then, it of course still occurred, but it is unlikely that it extended far beyond the realm of simple chest wounds. So, with the decline in violence and the rise in such conditions, the only answer left is health.

Obesity and heart disease skyrocketed in the latter half of the 20th century and up into our own day, and this may explain the glaring contrasts between the 1935 study and its 1963-80 counterpart. Thus, it seems unlikely to improve on a mass scale until human lifestyle does.

In the study from the University of Cincinnati, of those 56 cases, 46 were deemed apt for pericardiocentesis. Of these, 40 were relieved, with fluid being unobtainable in 3, and with the procedure going wrongly in 3 others. In total, 4 died during and around the procedure.

Of course, this is a relatively small sample, but it alone shows nonetheless how uncertain any operation of the kind can be. Most patients do survive of course, but there’s no getting around how fatal the consequences often are.

If you think this may be a genuine possibility for yourself or someone you know, it may be worthwhile to ask a doctor what your chances are. Keep in mind that, no matter how scary it all may sound, the best and only thing to do is seek a diagnosis and see what your options are.

The Dangers of Hard water on Health and It’s Consequences

11 Best Vitamins and Minerals for Women

How to use the Sauna to Enhance your Exercise Regiment

7 Signs That You Are Over Training At The Gym

What Is Cardiac Tamponade and What Causes It?