What Color Are You? 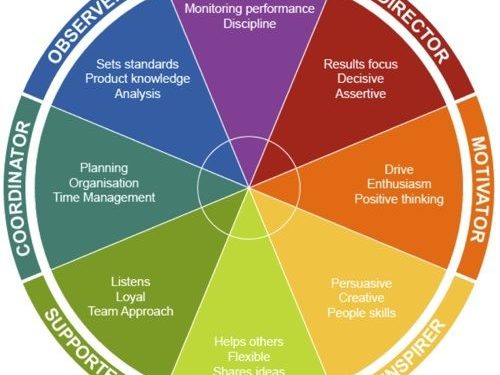 Believe it or not, the color says a lot about you and if you don’t believe me just look in your closet. What colors are most prominent in your wardrobe? What is your favorite color?

A few example of color personalities are as follows:

Red is a power color and wearers are ambitious and driven.

Blue is a more passive color. If blue is your favorite color chances are you are principled and peaceful.

Green signifies a need for security, need to love and be loved.

Yellow personalities tend to be perfectionist and dreamers.

No matter what your color personality, there are two colors you should consider if you want to succeed in every aspect of your life, black, and pink. Leading psychologist all agree that there is a reason why people dress in black. For one thing, black implies power, self-assurances, and independence.

Black also gives off the aura of sophistication and dignity as well as affluence and success.

If your favorite color is black, you might have the following traits as taken from ‘the black personality’ chart:

If you’re looking for love, wearing black on a first date will make a positive impression according to an article by Theresa DiDonato, Ph. D from Psychology Today.

"The effect of wearing black may not only be in the eye of the beholder but the wearer," said DiDonato.

"How you feel in clothing may be half the story when it comes to how people perceive you." Because wearing black projects confidence and power, your date will feel safe and secure.

Next time you reach for the black, consider incorporating other hues to accent your outfit.

Personally, I like to wear a hot pink or a fire engine red shirt when dressing in a black suit.

It makes me feel powerful yet approachable. Besides adding a punch of color, it makes my otherwise dull outfit pop and stand out from the crowd.

There is nothing wrong with going monochromatic, in fact, it makes a statement. Just avoid doing it in an office setting or at a job interview as you will appear aloof and inaccessible. Real men can and do wear pink just for your information. If you are still hung up on the idea that the color is feminine and you might be perceived as gay you’re either in the closet or insecure with your sexuality.

The color first appeared in the 19th-century courts of Europe before taking the world by storm and by the 1920’s this cousin to red was worn proudly even by the “most butch” of men.

Valerie Steele, director of The Museum at the Fashion Institute Technology and author of several books on fashion was quoted as saying, "In the 18th century, it was entirely masculine for a man to wear a pink silk suit with floral embroidery."

Steele says pink was initially "considered slightly masculine as a diminutive of red," which was thought to be a "warlike" color.

It first got a “gay stigma” during the 1930’s and 1940’s in Nazi Germany when homosexuality was illegal, and prisoners were forced to wear a pink triangle.

There are a few reasons why you shouldn’t fear the color. For one thing, if you are single women love it. I cannot tell you how many times a woman has approached me while I wore pink.

The color shows confidence and a boldness that women are attracted to. Pink should be in your wardrobe because it’s good for business.

Yes, it’s true as psychologists have figured out that pink has a calming effect on people and the more relaxed you feel around someone, the more likely you are to do business with them.

It plays nice with others. In other words, it goes with damn near everything in your closet, including brown and green. Even red can be complimentary if you use the right shade. Breast Cancer, enough said.

Look at the stars. Brad Pitt and David Beckham both recently showed up at events unapologetically wearing pink. But don’t do it just because the celebrities are.

Rather wear the color because you want to and are not worried about standing out in a crowd because you will.

Guides and Tips on How to Safely Buy Things Online

What Color Are You?