by Aaron B. Williams
in Wellness
Reading Time: 4 mins read 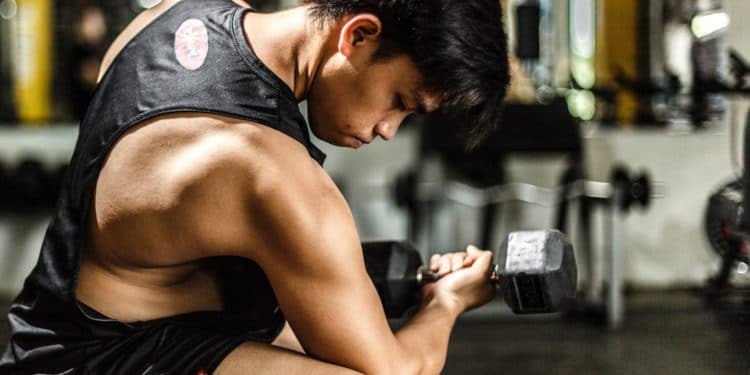 Everyone knows exercising doesn’t begin and end with simply getting out there and doing it. If you want to be serious about exercise being a big part of your life, you’ve got to commit, which in this case means getting the right gear for the job.

Sure it’s easy to grab whatever article of clothing you care least about getting sweaty in, but nothing quite gets you into the grove like being dressed for the occasion. Activewear these days come in all varieties of benefitting technologies, to give your body the edge you need to feel great and look even better out there.

Here at activeman, we’re committed to making sure you not only look your best, but feel your best when you’re training for that 5K you agreed to but haven’t trained for just around the corner, so I’ve compiled a list of amazing sports wear you can’t afford to ignore. Let’s start with the obvious:

Reebok (did you know it was named after a South African antelope?) truly has some ridiculous variety when it comes to athletic gear. It’s gear is super technical and specific, from cross-fit gear to literal 5K clothes. The brand has been around since 1890 and believe it or not, is part of the Adidas group, and doesn’t have a even a slice of the street cred it used to. Totally unfair, because they won’t charge you the same as some of their most prominent competitors, but the quality is way up there. Sport some Reebok.

Under Armour is gym stable, if you’re getting pretty serious about working out, you should have some under armour under (ha) your gym clothes. The clothing is designed to keep your body and it’s appendages nice and tight, assisting your range of movement and body heat throughout your owrk out. Under Armor has a ridiculous variety of options (though I wouldn’t recommend their sneakers persosnally), as long as you’re okay with being a walking billboard for under armour. The logo is literally on everything they sell, and prominently.

Perhaps a newer brand, but every bit as essential brand, FITLEGEND started in New York City, home of the fashionably functional. Built from the ground up for the modern physical man’s varied work out life, FITLEGEND supports strategies from bodybuilding,to crossfit, to yoga.

The whole point at FITLEGEND was to launch a fitness wear label that would make high grade active gear available at a fair price, with innovation and casual wear at the forefront. The idea is to be able to bring the style in and out of the gym seamlessly, and really, who doesn’t need a brand like that in their closet?

The name Eysom actually comes from the words “excercise your state of mind”, and is a new label based out of LA that focuses more on how your gym clothes fall on you, the overall fit. This line is purposefully small, like a great brunch place that only has 5 items on the menu but you know each of those items are absolutely perfect. The clothes fit perfectly, and you pay for it (we’re talking $180 for gym shorts), but if you can afford it, you’d be surprised what a difference it will make for you out there on a run.

If you’re looking for some of the best new work out gear and want to help the little guys (who consider themselves startups) get their stuff out there, look no further than Ten Thousand. It’s totally affordable, made to fit like it was made just for you, and is some of the most thoughtful gear you can own. The shorts alone contain a mesh net on the inside to keep the outside of the shorts looking great while keeping everything on the inside tight and compact. These guys literally only have one shirt and one pair of shorts, so they know what they’re doing.

A lot of companies are out there trying to get your fitness buck, but only a few of them are actually worthy of your hard-earned cash. Check out any one of these stylish brands and you’ll be good to go in no time. Wouldn’t you want to be considered an fashionable urban warrior given the chance?