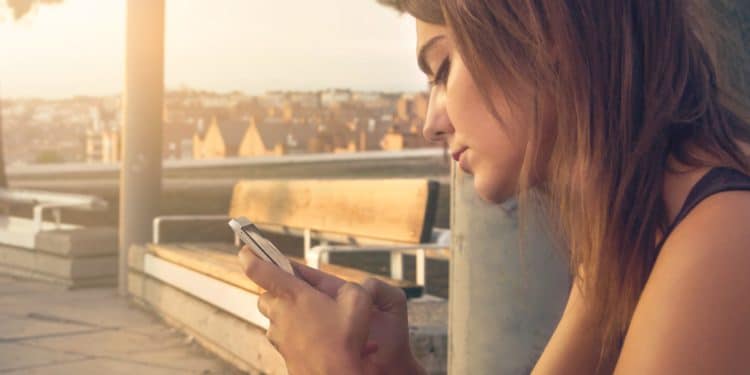 Ah, dating. Has there ever been a word so lovely and terrifying all at the same time here in the 21st century? With modern apps and conveniences, dating is on a fiery frenzy, people are hooking up telling you about ther left and right swipes seemingly on a daily basis, and all you’re trying to do is figure out what the signals your getting actually mean.

So you’ve sent her a message, or swiped or whatever you kids do, and you’re wondering why she keeps sending you messages that never seem to confirm nor deny your status. You may have even gone out on a couple of ventures you would call dates with the lady, only to end the date with a kiss on the cheek, or maybe an extremely humilating hug or pat on the back.

These days more than ever, it’s tough for guys to figure out what the modern woman wants, because we’re not really wired to be trying to hook up with 50 women at any given time using a satellite in space that’s connecting us to eachother via cellular device, so how do we parse what these mixed signals mean? I’m here to help you figure it out, but I gotta warn you, it probably isn’t the answer you’re looking for.

Every woman wishes she could really simply deliver a cold line like “I just don’t like you that way.” You have to realize that most people don’t want to be mean or hurt your feelings, so if you’re sticking around her kind of waiting for her to just give it to you straight, you’re doing two things wrong here.

First, you’re putting her in the awkward position of having no choice but to be sort of mean to you, like, I don’t know, giving you a weird hug instead of a kiss, or inviting a friend to your “date” to buffer the one-on-one contact between the two of you. Secondly, you’re being harsh on yourself, putting yourself out there to get hurt by a person who really doesn’t want to hurt you. So pack it in pal, it’s possible she’s just not that in to you. I hate to give you the “there’s plenty of other fish in the sea” line but well…

You know what doesn’t woo anyone? Pressuring them into an answer. Sometimes that maybe really is just a maybe. Maybe she’s really not into the idea of kissing on the first date, and that’s all that awkward goodbye meant. Perhaps she really was busy all week and had no time to answer you or go out with you. Give her some space and see what she does. If she really is interested, you’ll know. If not, don’t you have better things to do than mull over a maybe?

Pay Attention to Her

Perhaps the hardest thing for any modern man swiping around on OkCupid, Tinder, or whatever you poison is: don’t just tell yourself what you want to hear, pay attention to what they’re body language as well as their words. If at the end of the date she says something vague in response to you asking if she wants to go out again, and you don’t ever hear from her, she isn’t interested. If she says she’s having a great time but keeps checking her phone throughout the night, go figure.

You know how you act when you’re attracted to someone, so expect that in return. If you aren’t getting spontaneous texts, or feeling really any sort of magnetism of interest, it’s because the interest isn’t there. You don’t need her to come clean in some final admission of guilt for leading you on, the answer is plain for you to see. When you’re into someone, you magically find the time for them. If someone likes you, they make time in their busy schedule for you. If they don’t well…they don’t.

Don’t date anyone who’s putting in less effort than you are. You can litereally send a message from anywhere using any platform anytime you want on any device you want. If she wants to keep in touch, she will. If not, it’s time for you to find someone who wants to! It isn’t normal for someone to be so busy she can’t respond to your pleas for communication. If she’s just not interested, you shouldn’t be either.