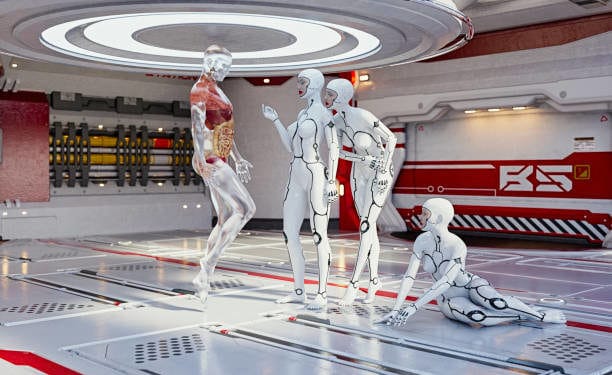 When it comes to matters technology, the world is moving at an astounding pace. In 2018, we have seen groundbreaking tech inventions that have surprised the world. But we are just in the middle of the year, and thus we expect to see more before it comes to an end. The fact is, a lot has already happened in the tech world. So what are the fascinating tech inventions so far this year?

Omron is market leader in tech industry and one of the tech giants based in Kyoto Japan. The company is reputed as one of the pioneers in the robotic world. The company has made news in 2018, from their new i4 SCARA ROBOT amongst other robots. The Selective Compliance Articulated Robot Arm is a gadget expected to change the mechanical assembly, packaging, screw driving and material handling. The robots are lifting heavy objects and are moving at a rapid speed. Unlike the typical robots, Omron robots can also freely navigate the environment and come with sensors that detect objects and change their direction accordingly just like a human. These robots can automatically create new routes if the old one proved impossible.

Developed by tech giant IBM, this AI-powered robot microscope designed to help eradicate the problem of water contamination. With the high rate of water pollution, it is expected that a considerable population of the world will have difficulty getting clean water by 2025. However, the microscopic plankton’ behavior can be useful in giving vital clues about changes in pollution in lakes and oceans. The AI-powered robotic cameras developed by IBM are able to monitor the behavior of planktons and transmit real-time insights on factors affecting water. That’s something that has never been seen before and will greatly improve the quality and management of water. The tech gadget is specially designed to study the underwater life. The gadget can monitor the see life 24/7 and send real-time information including pictures.

Crypto anchors are some of the latest tech inventions by IBM that is aiming to help fight fraudulent activities in the market including counterfeits. Crypto anchors are digital footprints that can be either codes or very small computers embedded in the product and blockchain is used to save data in digital form for identification. They are designed with sensor and algorithms which cannot be tampered with. With the global economy lost around $600 billion through counterfeits and fraud in 2017, this is technology that we need. The tech invention will be a huge milestone in the fight against fake products.

The battle with cybersecurity has been going for a long period of time. With more and more people storing sensitive information online, hackers have been pouncing on them now and then. But in the age of quantum computers, thing are changing things for the better. Lattice cryptography is one of the latest tech inventions by IBM that are turning the tide to the other direction. It is a complex algebraic structure that is proving to be a valuable tool in securing data. Lattice cryptography is a technique that involves encoding data within a high-dimensional algebraic structure which is extremely tough to crack. The tech invention allows for Fully Homomorphic Encryption (FHE), which is a technique that allows for computers to operate while the data is still encrypted. That will make it impossible for hackers to get access to any information.

We all know by now that fingerprints are unreliable when it comes to securing your data. It has been proven that fingerprints can be hacked by the use of special printers thus making them completely unreliable. But tech experts from Descartes Biometrics have designed a high-tech identification device- The Earprint, which works by sending sound in the ear and detecting its echo. According to proven facts, every person have different ear echo thus making Earprint the most reliable way to secure your data online. It is also difficult for hackers to get access to this form of print.

Myo armband or Myo gesture control armband is a fascinating tech invention by Thalmic Labs. It is a lightweight elastic armband that is giving you total control of your digital world like never before. The device works by sensing electrical activities in your forearm and transmit the signal to a connected device via Bluetooth. It is an easy to use gadget since all you need is an armband and a USB dongle that is connected to the laptop. With Bluetooth connection, you are good to go. You can use the gadget for playing games, flying drones, controlling video and music, and manipulating toys made by Sphero.

With just six months into 2018 and these are among the key innovations that have fascinated the world. We can confidently say that scientists and tech geniuses are working round the clock to bring more astonishing inventions that will shake the world!