Think you're above small-talk?

by Aaron B. Williams
in Relationships
Reading Time: 3 mins read 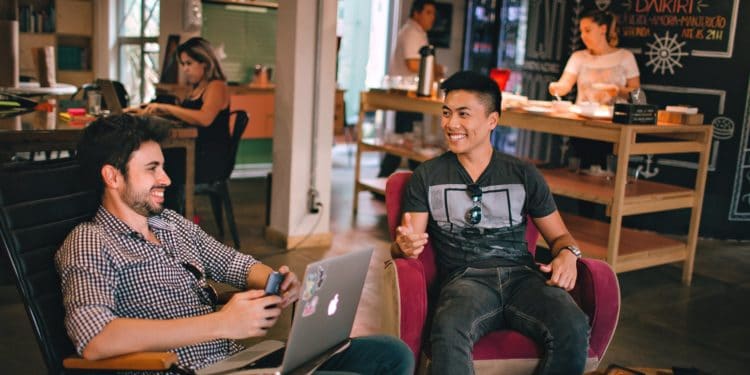 We’re all pretty sure that we’re too important or have far too much going on for small talk. The “weird weather we’re having” talk is often met with vitriol with a dash of self-importance.

Even if you don’t consider yourself too good for small talk, you might consider it simply a waste of time, when far more interesting conversations could be taking place. My argument for you then would be that all conversation need not be interesting, or even important, to be valuable.

Small talk puts us in a different head space than say, politics, belief systems, work, or whatever it is you would consider…big talk. In an opinion piece written for the New York Times, Maeve Higgins puts forward a belief that Americans, particularly people who live in big cities, have lost the art of small talk.

The Truth About Small Talk

It’s miss Higgins and my belief that small talk represents more than just the words being exchanged, but the feeling that is conveyed through the music. I like to think of it as a form of playing with someone, interacting with them in an entirely unnecessary way, bringing the two of you closer, more connected.

When you engage with someone in this way, you’re opening up the possibility for the conversation to become more, a small dip into their relaxed psyche. Where does the mind go with something so simple as “nice weather we’re having.”? What might happen when you point out something you consider painfully obvious, just to see what your conversational partner makes of it? Let us not assume our minds work the same way but instead use small talk to find out how the opposite mind works.

The hardest hitting topics, like say, politics, put us on edge, get our guard up, force us to reflect on our deeper values. These feelings and ideas take years to formulate, made of all our experiences, friends, and arguments. Let’s face it, they’re heavy feelings, we shouldn’t be expected to have to pilfer through these emotions everytime you sit down with someone. Especially a loved one or someone new.

Having a small conversation with someone calms both of you, not just the person you’re talking to. You’re eased into a sense of security and freedom, to respond without much thought in a real, truthful way. The guards put in place by years of opinionated thinking are down and the responses flow freely. This works both for you and your conversation partner, bringing the two of you closer in a measurable way.

The Art of Small Talk

Any idea how some of your closest friends like their coffee? No? Why not? Probably because that question was too small to ask, or never occurred to you. Compare that with the number of times you’ve likely had coffee with them.

Maybe you’re sitting there thinking that you’re terrible at small talk, or that it just makes you nervous, being put on the spot to respond quickly and thoughtlessly. In such a case I’d say that makes small talk even more poignant. By avoiding small conversational engagements, you’re depriving yourself of really exploring another human beings feelings and opinions about mundane ideas. When all these ideas are bundled together, they go beyond the mundane and become the portrait of a person.

Despite what we’re often lead to feel and believe, a human being is not their politics, religious affiliations, or some other such social construct we’ve learned to place the highest importance on. It is my opinion (one I believe is objectively true) that a person is, in fact, what their [favorite color is](https://www.activeman.com/top-10-things-women-need-in-a-relationship/). What makes up a human being is what they think about much rain we ended up getting this week, when the forecast said it would be mostly clear skies.

Small serves as banter, a metaphor for a deeper conversation, a sort of easy mode of human contact. Whenever you find yourself struggling to think of a meaningful thing to say to someone, something you’re hoping will impress or engage their deep human spirit, don’t. Instead, I urge you to consider how they take their coffee. Then find out.

How to Achieve Luxurious Interior Design