Not All Fat Is Bad: These Fatty Foods Are Good For Your Health 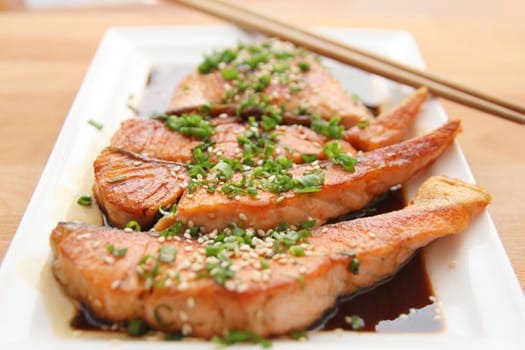 Fatty foods have been demonized for a long time as they have been believed to be the cause of numerous health problems including lifestyle diseases. There was a massive campaign sensitizing people to avoid this kind of food, and as a result, people started eating more sugar, processed food and refined carbs as an alternative. Consequently, the world has become fatter and sicker than ever.

However, times are changing, and several scientific research have shown that fatty food, including saturated fat, is not bad as people were made to believe. The fact is that these foods have numerous benefits some of which could be the answer to health issues we are struggling with today. For instance, it has been proven that most of the forbidden fats contain high levels of high-density lipoprotein (HDL), which is good cholesterol that helps remove plaque on your artery walls thus decreasing the risk of heart diseases.

But which fatty foods are good for your health? Well, here are some of the high-fat and nutritious foods that you can eat without guilt.

Beef or red meat is one of the foods health experts have advised against. The only option that has been provided is to choose a very lean cut of beef since contains high levels of saturated fat. But that may not be entirely true. First, almost half of the fat in beef is a monounsaturated fat commonly referred to as the oleic acid. This is a heart-healthy fat that is also found in olive oil. The second fact is that the saturated fat in beef increases the level of HDL, which the good cholesterol. In addition, these fats also reduce the level of low-density lipoprotein (LDL), which is a major cause of heart diseases. Beef is also rich in zinc, B vitamins and iron.

The avocado is also one of the foods rich in fat. In fact, about 77% being of the fruit is fat. Although it was believed that avocado was unhealthy, it would later emerge to be one of the healthiest fruits around. The main fatty acid in avocado is a monounsaturated fat called oleic acid, which associated with numerous health benefits. Avocado is also recommended as the best source of potassium. Do you know that Avocado is richer in potassium than bananas? Well, now you know. The fruit is also an excellent source of fiber. Avocado also lowers the level LDL cholesterol, while raising the HDL level.

Cheese is another fatty food that is impeccably nutritious. This food is packed with protein and fat that keeps you full and thus playing a critical role in weight management. This fatty food is also rich in selenium, calcium, phosphorous, vitamin B12 and many other nutrients. Cheese is a dairy product and contains a number of fatty acids that have been found to reduce the risk of type 2 diabetes.

How many times have you heard that chocolate is junk food? Well, that has been tending for decades now. But not all chocolate is bad. Dark chocolate is one of the rare healthy foods that also taste incredibly good. Just like avocado, this food is very in fat which is around 65% of calories. 11% of this chocolate is fiber and 50% of the RDA for copper, manganese, iron, and magnesium. In addition, dark chocolate is also loaded with antioxidants. Chocolate is a rare kind of food that will help you improve cardiovascular health and unnecessary weight gain.

The York of the egg is high in cholesterol and fat, and that is one of the reasons why it is one of the forbidden foods. However, it is one of the nutrient-dense foods you can find in the market. Apart from the cholesterol, eggs are rich in powerful antioxidant that improves eyesight, choline which is a powerful nutrient for the brain. The whole egg is also rich in protein which keeps the body full for long making a great weight loss friendly food.

Yogurt is associated with numerous health benefits, and it gets better with full-fat yogurt. This type of yogurt is loaded with probiotic bacteria that will improve your health significantly. In addition, full-fat yogurt has been found to promote digestive health and may even help fight obesity and heart diseases. However, it must be actual full-fat Yogurt.

These fatty foods that are good for your health, and you can eat without guilt. Although most of them have been demonized for long, several scientific research have proven that most of these worries are just a myth. In fact, most of these foods more critical health-wise than what most of us have in our diet.

So That Date Went Well. What’s Next?

How to Pull Off an Effortless Thrift-Store Vibe

Not All Fat Is Bad: These Fatty Foods Are Good For Your Health