Are You A Narcissist? These 10 Signs Will Tell You

Whether they hate you or love you, you may be the narcissist that culture may have undermined as a ‘psychological’ problem. 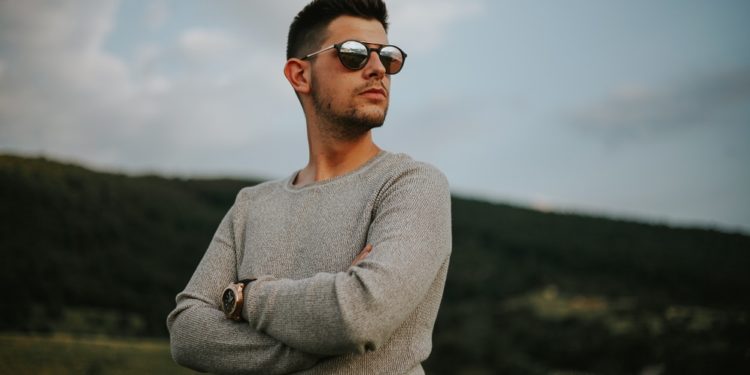 According to Stephen Johnson, a psychologist, narcissists are people who buried their ‘true self-expression’ due to early injuries and replaced this with ‘developed false self’. For short, it has become an alternate persona – a grandiose one in fact. Does this sound like you?

You may be very competitive and always drive to win at all cost. This competitive spirit is a good thing. But extrapolate this and you bully your competition.
You sore high and take the credit – or announce it yourself – when you win. But when you lose, you are a sore loser.

It may be understandable if this came from your cat or dog. But this is just a bad case of narcissism if you’re ‘needy’ for appreciation. Plus, you may always feel that the world owes you the credit for doing such a good job at home and even in your own home. You feel they should entitle you for better perks in the office and that you deserve more credit for your work.

If you think only extroverts experience this, so does introvert too.
This is the other face of narcissism. They are often withdrawn, shy, and don’t like social interactions much. But narcissistic introverts often exhibit hypersensitive tendencies, defensive reactions, and anxiety. This is the ‘covert narcissism’.
Bottom line is both types share a common arrogance and disregard for other’s disposition and needs. They only want to satisfy their own wants and needs.

You’re Intellectually a Cut Above the Rest

Well, you guessed it. You are better than everyone else in your organization.
Narcissists are know-it-alls and have difficulty getting along with co-workers due to this trait. It could be difficult to work with others if they don’t ‘understand’ what you’re driving at.
You may say you know all the details about a certain work or project. While this may be true, it would be difficult for you to partner with others since you take the ‘my way or the highway’ strategy.

Swearing just for swearing’s sake. Nicholas Holtzman and Michael Strube are psychologists coming from Washington University did a study on narcissism. Individuals who scored high on narcissism are more argumentative and curse a lot more than others. And that includes sexually explicit ones too.

An old saying goes, ‘Meanness doesn’t happen overnight’. With narcissism, it’s a way of life. You may know spitefulness or any antisocial behavior is not acceptable. However, a double standard may appear if you were the one acting it. You always feel wronged when someone corrects you for a bad behavior or wrongdoing.

You Prefer to Lead

There’s a sense of fulfillment from leading others. However, this only the case if the team is growing in character or in skill. Narcissists often enjoy being in top positions in the corporate ladder. You may have the urge to undermine others and feel delighted when they scramble to do your bidding.

You Stop Yourself From Being Emotional

You don’t like having to deal with strong emotions. When there’s another person involved, you feel that you can be emotionally touched by these negative emotions that come with socialization. Any feelings of attachments could let you lose your sense of autonomy and you abhor it. Though you may feel it, you don’t admit it and disregard the emotion completely.

Frederick Stinson, a psychologist, did a study on this through a face-to-face interview. He found that out of the 34,653 respondents, the scales more towards males when it comes to narcissism. It is also believed to peak around adolescence and usually decline as one age.

Well, this could be a given: you dress better than most at your place.
Narcissists are rated more physically attractive and stylish according to Simine Vazire, a psychologist at Washington University, who made a study on this. While it gets ugly for a while, there a couple of things narcissists are actually good at.

You are a good force for the company especially when it comes to meeting quotas. You probably had your fair share of opinions because you’re such a ‘slave master’. But this may actually work to your advantage if you know how to wield it. In the world of a yes-man, you are a breath of fresh air.

Whether they hate it or love it, you are just the narcissist that culture may have undermined as a ‘psychological’ problem. But with proper execution and intention, you can become the best version of yourself.

The 5 Guidelines for Online FWB Dating

Are You A Narcissist? These 10 Signs Will Tell You